What Are “Blade Runner 2049’s” Chances At The Oscars Now? 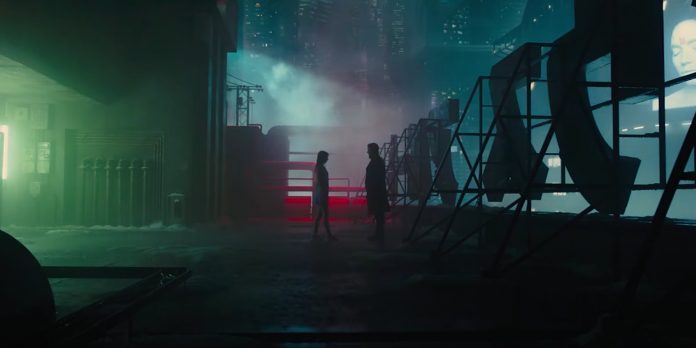 Going into this year’s Oscar season, one of the big question marks was “Blade Runner 2049“. It was hard to tell how much of a contender the film would really be. So now that “2049” is out in the world, where does it stand?​

​”Blade Runner 2049” received great reviews all around, and sits at an 88% on Rotten Tomatoes. It’s widely seen as an excellent sequel, with a great deal of praise about the technical aspects of the film. Still, it didn’t do very well at the box office, grossing $32.8 million in its first weekend, far below early estimates. For a film with a budget of $150 million, that’s a pretty poor opening weekend.

Prior to its release, Oscar predictors had “2049” all over the map. Some had the film scoring some major above-the-line nominations in Best Picture and Director. Some had it sticking to just the technical categories, with key nominations in cinematography and production design. Would it be like “Mad Max: Fury Road” and “Gravity”, or more like “Interstellar”?

You should feel pretty secure in predicting “2049” for at least five of the technical categories. Roger Deakins will undeniably score a nomination for his incredible cinematography and has a very good shot a winning. He’s seen as one of the best cinematographers of all time but has never won an Oscar. That narrative will likely push him toward a win, but he does have some competition. Visual Effects and Production Design are seen as likely nominations for “2049” as well and are also contending for the wins in their respective categories. Some remarkable sound work throughout the film should easily propel it to nominations in Sound Editing and Mixing too.

Outside of those five, it gets a little trickier. Can it contend in Film Editing? It’s possible, but the category mostly (But not exclusively) sticks to Best Picture nominees of which we are currently expecting “Blade Runner 2049” to miss. Best Score could happen, but it could easily be overshadowed by showier work including Hans Zimmer’s own “Dunkirk.” Any other technicals such as costume design and makeup, are simply not happening.

So how about above-the-line? “2049” simply didn’t make the splash that “Fury Road” or “Gravity” made. Both of those movies didn’t just score Picture nominations, they were seen as genuine contenders to win. The Academy likely won’t have the same reaction for the slow and deliberate “2049” as they did to those other films. A Best Picture nomination seems to be a long shot at this point, especially in such a competitive year. Because of the unique and visual nature of “2049,” Best Director isn’t quite as long of a shot as Picture, but still very unlikely. Adapted Screenplay (Despite being a weak year for the category) is most likely out of the running. Gosling gives one of his most unique performances, channeling his similar work in “Drive,” to excellent effect but he and an emotionally committed Harrison Ford will have to sit this year out.

Don’t expect to see a slew of surprises on nomination morning. As much as some people love it, “Blade Runner 2049” didn’t land nearly as strong as it needed to in order to be considered this year’s “Mad Max: Fury Road.” With stiff competition from “Dunkirk,” “Darkest Hour” and “The Shape Of Water” in the technical categories along with other potential non-Best Picture nominees such as “War For The Planet Of The Apes,” “Wonder Woman” “Baby Driver” and many others. There’s very little chance any above-the-line nominations happen, but stick to the techs. Right now we predict it will easily walk in with five nominations for…

Anything more would be a miracle at this point. But hey! At least it would be three more nominations than the original film received. So what do you think? Are we wrong in our predictions? Do you think “Blade Runner 2049” will contend elsewhere? Let us know in the comments below.