“WE ARE LIVING THINGS” 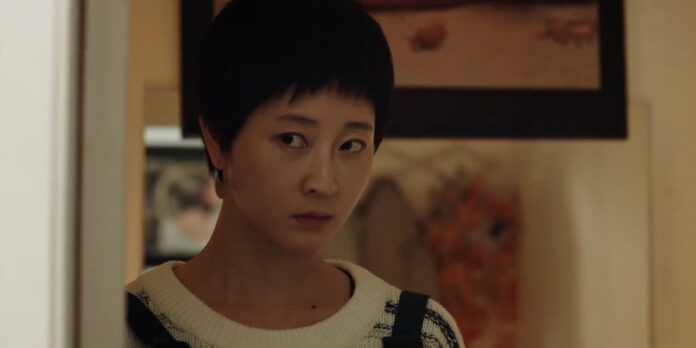 THE STORY – Two immigrants living on the fringes of American society decide to head to the Nevada desert in search of the truth about a UFO abduction.

“We Are Living Things,” directed and co-written by Antonio Tibaldi, doesn’t start where you’d expect a typical alien-abduction film to begin. But then again, the film is anything but typical. The story begins in New York City, an inhospitable location for UFOs and galactic exploration. At the center of the tale are two strangers, Solomon (played by Jorge Antonio Guerrero), a Mexican immigrant who works odd jobs in his multicultural neighborhood, and Chuyau (played by Xingchen Lyu), a Chinese victim of human trafficking who lives in constant fear of deportation. By chance, the two meet and discover something they have in common: they’ve both had a close encounter with an unidentified aerial phenomenon. While Solomon wholeheartedly believes in the phenomenon of extraterrestrials, Chuyau’s paranoia causes the strange things plaguing her life to blur together into one impenetrable mass of confusion. Fearing for Chuyau’s life, the two make their way on a cross-country road trip to Arizona, Solomon’s home state and where he saw his mother abducted at a young age.

Through the use of themes such as immigration and the (sometimes insurmountable) desire to connect with others, “We Are Living Things” tells a decidedly modern story about the search for one’s identity and place within the universe. While the presence of aliens is reserved throughout the film’s runtime, it constantly reminds its audience of the fear of the unknown and the insecure. The setting is not the usual New York City we so frequently see on film, but rather an underground area populated by those living on the fringes of society, giving the film an otherworldly feel while still being grounded at the same time.

Actors Guerrero and Lyu give honest, believable performances as two lost souls who find comfort in one another, and Tibaldi’s highly original script offers a unique presentation of this particular subject matter. Worthy of praise is the subtle way in which the film portrays, or rather does not portray, extraterrestrials. Rather than little grey men and an out-of-this-world spacecraft, aliens are suggested as nothing more than a beam of light, a few ominous noises on an amateur radio, and a psychic presence that inspires adventure and longing.

While the film aims and succeeds at showing a realistic, lived-in world that allows for believability, there is something to be desired in the film’s technical aspects. The cinematography and editing are not particularly exciting or engaging. However, the sound work by designer Todd Toon and mixer Alistair Farrant is especially noteworthy. The lead actors, as previously mentioned, do a fine job carrying this particular type of self-contained film. Though the film effectively creates parallels between the hardship of immigration in the modern era and visits by extraterrestrial forces, this parallel takes a while to really get off the ground (no pun intended) before the script adequately explores such themes. Still, the screenplay manages to create an atmosphere of anxiety that the audience can feel from multiple angles, both familiar and strange.

“We Are Living Things” exists in conversation with a past century of science fiction cinema. It stands out as a one-of-a-kind within the genre, as it’s a film that doesn’t hide behind flashy visuals and special effects to tell its story. This year has provided audiences with an unexpected reevaluation of science fiction with this film and the more popular alien-abduction film, Jordan Peele’s “Nope.” Both have presented an alternative perspective through which we tell and observe stories about the unknown frontier. The idea of a world much greater than ours, one in which our national borders become totally irrelevant due to the infinite grandiosity of the universe, could serve as an excellent comfort for those to whom borders seem like impassible obstacles. Despite its subpar visuals, the film benefits from a distinctive story and two captivating characters (and performances), making “We Are Living Things” a solid introduction to a lesser-known filmmaker in Antonio Tibaldi with a perspective unique to the current cinema of science fiction.