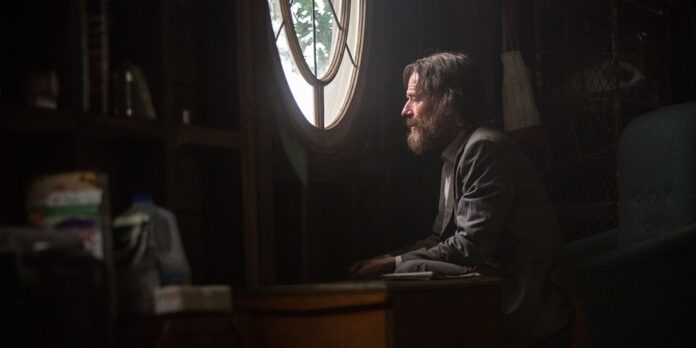 THE STORYHoward Wakefield, a New York City lawyer, hides out in the attic of his home for weeks, coming out in the daytime when his family is gone to shower and eat. His withdrawal leads him to examine his life, and he rationalizes that he has not abandoned his family because he is still in the house. When a former boyfriend re-enters his wife’s life, he realizes that he may not be able to return to life he has abandoned.

​A man looks at his suburban life and derides the mundane emptiness of it all. This concept has long been explored at the movies. Howard Wakefield, the protagonist in Robin Swicord’s terrific new movie “Wakefield,” is part Lester Burnham (“American Beauty”) and part Truman Burbank (“The Truman Show”). Howard’s voiceover narration is reminiscent of Lester’s biting commentary, and his bemusement at his evolving circumstances conjures memories of Truman’s self-discovery. But while Howard calls to mind those two classic characters, he is far more selfish than Lester and far less innocent than Truman. His combustible energy distinguishes “Wakefield” from other thematically similar films. “Wakefield” runs on Howard’s bitterness and misanthropy, and it contrasts his relatable goals (Peace of mind and autonomy) with the nasty means that he takes to achieve them.

The plot is simple and startling: Howard Wakefield (Bryan Cranston) rides the Metro-North train home after another dreary day at his Manhattan law firm. He ignores calls from his wife and passively looks out the window. After a power outage delays his commute, Howard arrives at his house and notices that a skunk has snuck into the attic atop the garage, which is located on a pathway directly across from his house. Howard ascends to the attic and catches a glimpse through a window of his wife Diana (Jennifer Garner, in a superb performance) and twin daughters preparing to sit down for dinner. Diana’s visible agitation at Howard’s tardiness lights a fire inside Howard. He continues to secretly watch his wife as she walks outside and tosses his dinner in the trash. In this moment, Howard decides that he is going to spend the night in the attic. He will not return home, as he doesn’t want to get into yet another marital argument.

One night in the attic turns into two. Weeks and months pass. Howard continues to hide in the attic, walking outside in the middle of the night to scavenge for food left behind in the trash. He observes Diana’s progression from a state of fear and worry, in the immediate aftermath of Howard’s disappearance to her emergence as an independent single mother engaging in the joys of life with her daughters. Each passing day strengthens Howard’s commitment to living in isolation in the attic. He takes wicked delight in seeing his family and neighbors struggle to determine the facts of his disappearance. For Howard, his vanishing act is a “power move,” a vicious attempt to impose an emotional stranglehold on his wife. However, the perseverance of Diana and the kids in his absence forces Howard to confront his own sense of worth. What begins as a mean-spirited attempt at revenge turns into a desperate effort to reclaim a semblance of contentment.

“Wakefield” tells its story exclusively from Howard’s perspective and with very little dialogue. The majority of the action is explained via Howard’s voiceover narration. These are bold, thrilling choices from writer-director Robin Swicord (Working from a short story by E.L. Doctorow). Howard is intensely unpleasant, and “Wakefield” makes no play for sympathy. By eschewing multiple perspectives and by focusing solely on Howard’s egotism and obsessions, “Wakefield” presents a fascinating study of one man’s breakdown. Even more effective than the Howard-centric approach is the movie’s reliance on comedic moments to emphasize the strangeness of Howard’s situation. “Wakefield” is very funny, which is surprising for a movie about a guy who suddenly abandons his family and isolates himself in the attic.

Bryan Cranston is the film’s dominant force. He gives a bravura performance as a man who thinks life is nothing more than a series of “power moves.” Cranston moves around with sweaty ferocity, and the enthralling nature of his physicality is matched by the vigor of his voiceover narration. “Wakefield” has more in common with “American Beauty” than just a shared disillusionment with the broken promise of suburban happiness. Howard builds upon the sarcastic narration of Lester Burnham and adds an extra layer of smugness.

“Wakefield” has its problems – namely, a loose relationship to plausibility (seriously, no one bothered to check the attic? Not one person saw Howard strolling through town?) and an overbearing musical score. Nonetheless, the movie is a delightful success and a fresh addition to the list of movies set in a moody suburban enclave.