Under-appreciated Horror Films To Watch This Halloween: “Halloween 5: The Revenge Of Michael Myers” 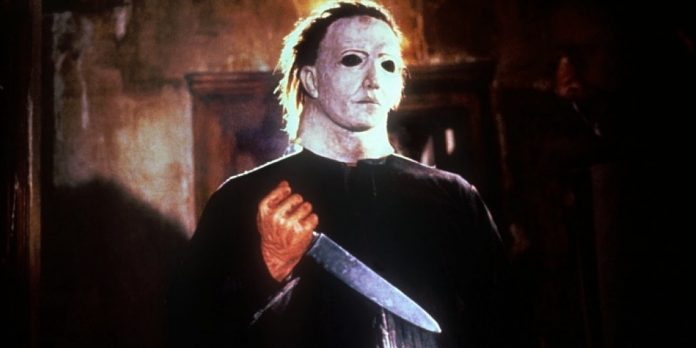 In honor of Halloween, I’ll be exploring five underappreciated horror films throughout the month of October. This week, I’m making the case for why you should watch the fifth installment in the legendary horror franchise, “Halloween 5: The Revenge of Michael Myers.” Check out my previous articles on  “Lake Mungo,” “The Village,” “Hell House LLC” & “Doctor Sleep.”

​The undisputed king of horror franchises, the “Halloween” series starts out undeniably strong. The original “Halloween” works to this day, and even with its rough edges and unpolished finish, it’s hard to find concrete faults. Its many, many sequels, however, have less universally agreed upon reputations. The odd spin-off “Halloween III: Season of a Witch” has gained a cult following, “Halloween H20” is well-regarded, and the 2018 reboot “Halloween” has its fans. Generally, less attention is paid to the middle chapters from the late ‘80s and ‘90s. But my favorite of this arguably fallow period, and of the entire series besides the original, is “Halloween 5: The Revenge of Michael Myers.”

I know in my heart of hearts that it’s not, as critics might say, a good movie. Like a lot of horror films, it’s got questionable dialogue, inconsistent tones, and a plot that stretches believability for this up-till-now grounded series. Picking up exactly where “Halloween 4: The Return of Michael Myers” left off, this film follows serial killer Michael Myers’ niece Jamie as she attempts to outwit her mask-loving uncle. After her attempt on the life of her adopted mother, Jamie has gone mute and been confined to a children’s hospital. As the fated autumnal holiday approaches once again, she discovers that she has somehow formed a psychic connection with the barely alive Michael (and I’m sure that’s precisely where most audiences said, “I’ve had enough”).

Despite its faults, what this movie gets shockingly, improbably right is the characters, specifically two girls who are caught in the drama and mayhem of the story. The young Jamie has a tendency to, understandably, be passed between guardian adults in both this film and “Halloween 4,” but even when she’s not fully in charge of her fate, she’s an engaging heroine. “Halloween 5” does give her plenty of moments of agency. During a thrilling car chase through a field where Michael attempts to mow her down, Jamie bravely draws Michael’s attention away from other people. In the most harrowing and truly terrifying scene in the film, she temporarily escapes Michael by hiding in an old-fashioned laundry chute. Michael tries every method of getting to her, but this little girl is able to outwit and escape her pursuer. The film reaches its climax when Jamie attempts to reason with whatever humanity is left in her uncle, as she climbs into a coffin and tries to connect with him on a familial level. The character is given additional depth thanks to Danielle Harris’s performance. A mere 12-years-old at the time of the film’s release, she manages to be sympathetic and believably frightened without falling into the child actor trap of being annoying.

The movie’s other impressively written character is Tina, the teenage friend of Jamie and her adopted sister Rachel. Tina is essentially a classic slasher film archetype: the slightly ditzy, fun-loving, and sexually active best friend who’s usually just another tally mark in the villain’s kill count. But Tina is different. She’s charming and spunky, and she truly cares for Jamie. In her last moments, she sacrifices herself to Michael so that Jamie may escape. It’s the film’s most dramatic moment and arguably the most heartbreaking death in the entire series. Actress Wendy Foxworth brings an effortless lovability to Tina that makes the audience truly mourn her loss. She’s more than just another helpless victim.

​“Halloween 5” is also the most self-aware film in the series when it comes to the character of Dr. Loomis. He’s a maniacal Ahab-like figure hell-bent on capturing Michael by any means necessary. He frequently terrorizes Jamie, often putting her directly in harm’s way in the name of protecting her. The film knows that Loomis isn’t to be admired. Many of the film’s supporting characters are shown giving him bewildered looks whenever he launches into yet another tirade about the nature of evil, and Jamie is shown to be rightfully terrified whenever Loomis comes near her.

Part of why I admire “Halloween 5” more than any since the franchise’s start is that it comes closest to replicating the tone, intention, and scares of the John Carpenter original. It knows what its audiences want to see: teens getting up to no good and being unknowingly stalked by Michael. This surprisingly comforting pattern all leads to a pivotal scene in a barn, which serves as the delightfully cliché setting for some teens’ romantic trysts and eventual slaughter. Michael even kills one unlucky girl with a scythe as if he is the figure of Death itself. “Halloween 5” also borrows a lot of the tension-building tactics of the first film. Namely, a good portion of the film’s first act takes place in the daytime, with many an innocuous conversation occurring in the foreground while Michael lurks out-of-focus in the background. It’s unnerving as hell.

When released, the film’s tagline was, “Michael lives. And this time they’re ready!” That essentially tells the audience what they’re going to see: a propulsive horror film where the most likeable characters are in charge of their own fates. It’s fun and spooky and everything you could want in a slasher, especially around Halloween. What do you think of it? What horror movies are you watching for this year’s Halloween? Let us know in the comments section below or on our Twitter account.