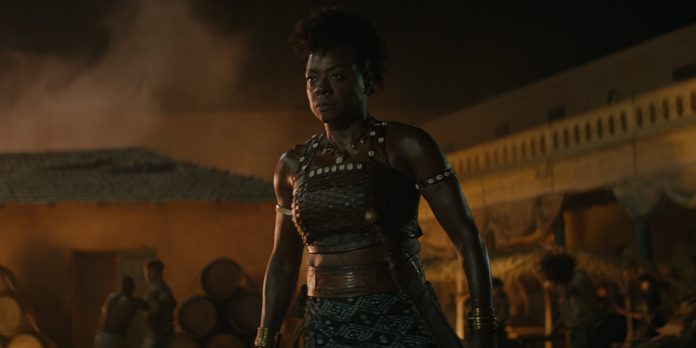 ​Plot Synopsis: The Woman King is the remarkable story of the Agojie, the all-female unit of warriors who protected the African Kingdom of Dahomey in the 1800s with skills and a fierceness unlike anything the world has ever seen. Inspired by true events, The Woman King follows the emotionally epic journey of General Nanisca (Oscar-winner Viola Davis) as she trains the next generation of recruits and readies them for battle against an enemy determined to destroy their way of life. Some things are worth fighting for…

What do you all think of the trailer? I cannot stress enough how incredible it is to see this film exist. For decades we’ve seen stories such as this told from the perspective of men. “The Woman King” is not only told from a female perspective but from a Black female perspective dealing with English colonialism in Africa in the 1800s. This looks extremely powerful and action-packed with an assertive, strong, and commanding performance from Viola Davis as General Nanisca at the center of an exceptional cast of talented actors. After directing several independent dramas, Gina Prince-Bythewood proved her action directing chops with “The Old Guard,” and now, she looks to be taking her talents up a notch. The mid-September release spot suggests a possible early TIFF world premiere for this epic story. But either way, with or without a fall film festival release, this looks to be one of the must-see films of the fall. What do you all think, though? Let us know your thoughts in the comments section below or on our Twitter account.