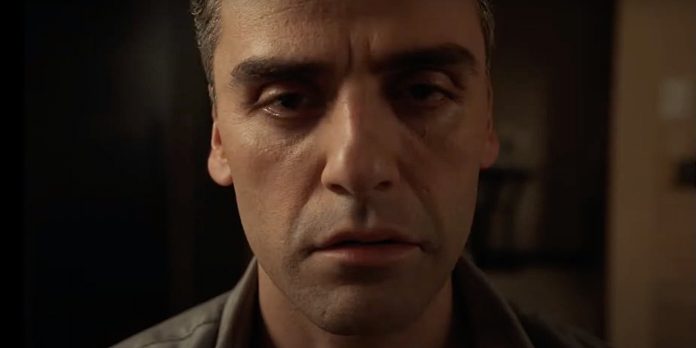 By Matt Neglia
​
Focus Features has released the trailer for “The Card Counter” starring Oscar Isaac, Tiffany Haddish, Tye Sheridan, Willem Dafoe and written/directed by Paul Schrader. The film will premiere at this year’s Venice Film Festival and then be released in theaters on September 10th.
​
​Click below to see the trailer.

​Plot Synopsis: Redemption is the long game in Paul Schrader’s “The Card Counter.” Told with Schrader’s trademark cinematic intensity, the revenge thriller tells the story of an ex-military interrogator turned gambler haunted by the ghosts of his past decisions, and features riveting performances from stars Oscar Isaac, Tiffany Haddish, Tye Sheridan and Willem Dafoe.

What do you all think of the trailer? It looks more commercial and accessible than I anticipated, but seeing Oscar Isaac in this, I’m convinced he’ll be a definite highlight that will help elevate it. Paul Schrader is a highly controversial figure, but there may still be residual goodwill for his last film, “First Reformed,” out there. Not sure how I feel about the black and white sequences with Willem Dafoe with the odd lensing choices. Hopefully, it plays better once we see the film wholly. Having the film premiere at Venice so soon before its theatrical release, I think, also suggests that Focus Features may not have a ton of faith in it (or maybe they’re trying to avoid a PR nightmare with Schrader’s non-stop outrageous Facebook comments). Either way, I’m all in for anything Oscar Isaac does. What do you think, though? Let us know your thoughts though in the comments below or on our Twitter account.