Trailer – “See How They Run” 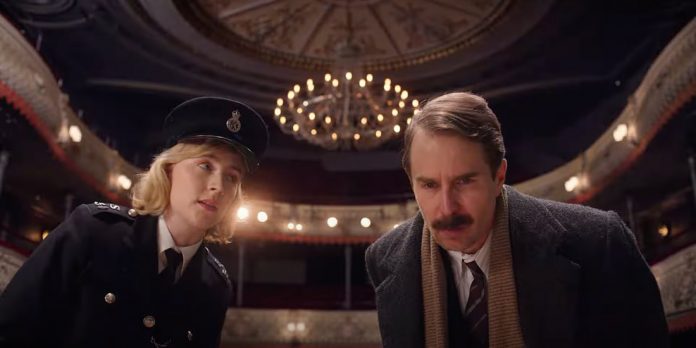 Plot Synopsis: In the West End of 1950s London, plans for a movie version of a smash-hit play come to an abrupt halt after a pivotal member of the crew is murdered. When world-weary Inspector Stoppard (Sam Rockwell) and eager rookie Constable Stalker (Saoirse Ronan) take on the case, the two find themselves thrown into a puzzling whodunit within the glamorously sordid theater underground, investigating the mysterious homicide at their own peril.

What do you all think of the trailer? This mystery-comedy-thriller looks to be combining the style and humor of Wes Anderson, with the twisty feelings of Rian Johnson’s “Knives Out,” with a bit of “Sherlock” thrown in for good measure. I don’t expect it to be a major Oscar player but I’m expecting a TIFF worldwide premiere for this film before its September 30th release. Overall, this looks like a good bit of fun with an extremely talented cast led by Rockwell and Ronan. What do you think? Let us know your thoughts in the comments section below or on our Twitter account.