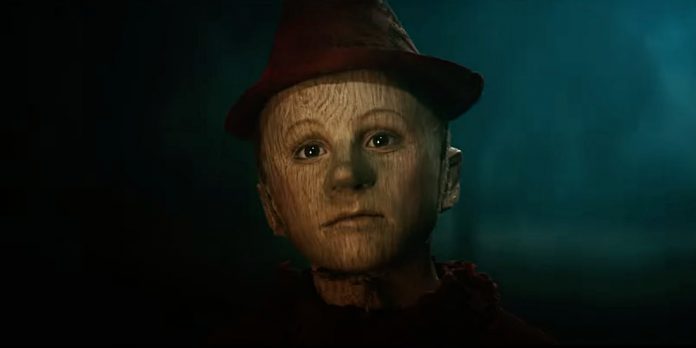 Roadside Attractions has released the trailer for “Pinocchio” starring Federico Ielapi, Gigi Proietti, Rocco Papaleo, Massimo Ceccherini & Roberto Benigni. The film will only be in theaters on December 25, 2020.

​
Plot Synopsis: Shot in stunning Italian locations, Matteo Garrone’s rich world of mystery and wonder stars Academy Award® winning actor Roberto Benigni as Geppetto, the old woodcarver whose puppet creation, Pinocchio, magically comes to life with dreams of becoming a real boy. Easily led astray, Pinocchio (nine-year-old Federico Ielapi) tumbles from one misadventure to another as he is tricked, kidnapped and chased by bandits through a wonderful world full of imaginative creatures – from the belly of a giant fish, to the Land Of Toys and the Field Of Miracles.

What do you all think of the trailer? Benigni previously starred in a 2002 adaptation of “Pinocchio,” where he was the title character, but the film was a critical and commercial disaster. It looks as though he will fare much better in the seasoned role of Geppetto. Matteo Garrone is a solid filmmaker, as evidenced by the dramas “Reality” (2012) and “Dogman” (2018), so I look forward to the kind of emotional flourishes he will bring to the table. Could be a big craft player at this year’s Oscars if early reviews are any indication. Let us know your thoughts in the comments below or on our Twitter account.