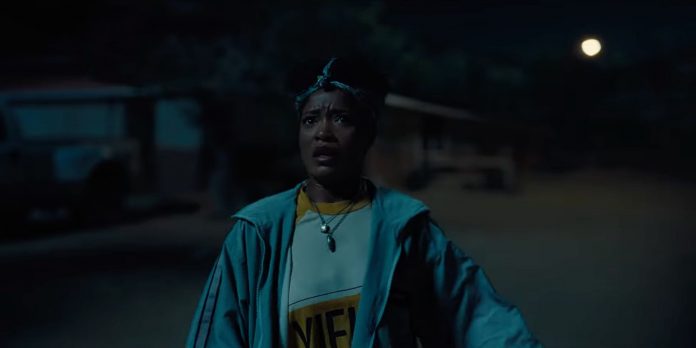 ​Universal Pictures has released the trailer for Jordan Peele’s “Nope” starring Daniel Kaluuya, Keke Palmer and Steven Yeun. The film will be released in theaters on July 22nd, 2022.

​Plot Synopsis: “What’s a bad miracle?” Oscar winner Jordan Peele disrupted and redefined modern horror with Get Out and then Us. Now, he reimagines the summer movie with a new pop nightmare: the expansive horror epic, Nope. The film reunites Peele with Oscar winner Daniel Kaluuya (Get Out, Judas and the Black Messiah), who is joined by Keke Palmer (Hustlers, Alice) and Oscar nominee Steven Yeun (Minari, Okja) as residents in a lonely gulch of inland California who bear witness to an uncanny and chilling discovery.

What do you all think of the trailer? As was the case with “Get Out” and “Us,” the trailer for Jordan Peele’s latest does not reveal everything but just enough to get us excited for what he’ll deliver next. The trailer is a collection of vague, haunting images implying there will be an alien invasion of sorts (Not Of Planet Earth?) or maybe something else entirely. With Jordan Peele, you never really know, and that’s part of the fun. This trailer did everything it was supposed to do, and seeing Daniel Kaluuya reunite with Peele is certainly nice to see. I don’t need anything else. I don’t want to see another trailer. I’m ready Jordan; we all are. What do you all think, though? Let us know your thoughts in the comments section below or on our Twitter account.

Share
Facebook
Twitter
Copy URL
Previous article
The Next Best Picture Podcast – “Death On The Nile”
Next article
Can Netflix Finally Win best picture With “The Power Of The Dog?”