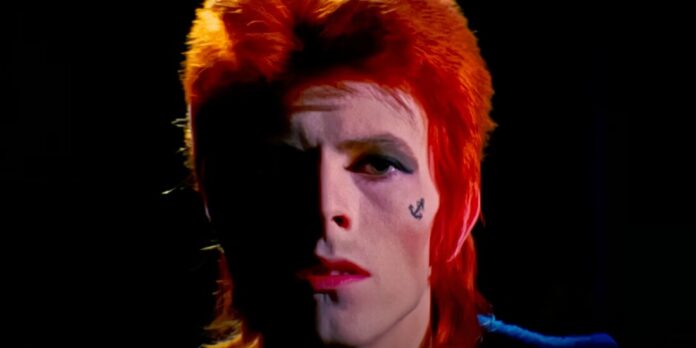 By Matt Neglia
​
NEON has released the trailer for the David Bowie documentary “Moonage Daydream,” directed by Brett Morgen. The film had its world premiere earlier this year at the Cannes Film Festival and will be opening in theaters exclusively in IMAX on September 16th, 2022.
​
​Click below to see the trailer.

​Plot Synopsis: “Moonage Daydream” illuminates the life and genius of David Bowie, one of the most prolific and influential artists of our time. Told through sublime, kaleidoscopic, never-before-seen footage, performances and music, Brett Morgen’s (“The Kid Stays in the Picture,” “Cobain: Montage of Heck” & “Jane) feature length experiential cinematic odyssey explores David Bowie’s creative, musical and spiritual journey. The film is guided by David Bowie’s own narration and is the first officially sanctioned film on the artist.