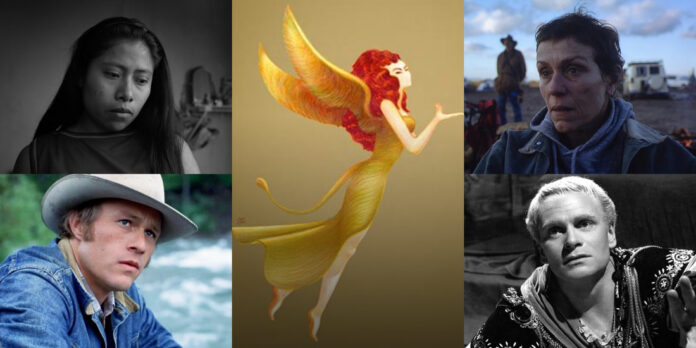 The Mostra Internazionale d’Arte Cinematografica della Biennale di Venezia, or Venice Film Festival, if you prefer, is the world’s oldest film festival. Founded in the summer of 1932 by Benito Mussolini’s National Fascist Party (yes, that Mussolini), the festival is a part of the Venice Biennale, an international exhibition of various forms of fine and performing arts that itself has existed since 1893. In the 1930s, more of the Italian populace’s money went towards filmgoing than any other cultural or sporting event. As most of the films screened in Italy were American, the Nationalist government sought an outlet to promote Italian culture and its fascist ideology in the widely attended cinemas. One of the festival’s founders, Giuseppe Volpi, who also served as the festival’s first president, was an ardent fascist and Mussolini’s minister of finance. His name is still used as the title of the festival’s best actor and actress awards, the Volpi Cup. Mussolini’s name was saved for the two (now retired) Mussolini Cups, the festival’s awards for best Italian film and best foreign film. That’s how it all started, but what does the world-renowned festival mean today, specifically when it comes to awards season?

The festival has always been a place where films and their many distinct elements have been able to crossover with the Academy Awards but it’s been happening with more frequency in recent years. The very first film ever screened at the festival, Rouben Mamoulian’s pre-Code “Dr. Jekyll and Mr. Hyde,” played on the night of August 6th, 1932. While this year did not have any official awards, an audience referendum was held to recognize particular films and performances. Actor Frederic March, in “Dr. Jekyll and Mr. Hyde,” and Helen Hayes, in “The Sin of Madelon Claudet,” were voted best actor and best actress, respectively. These two would see this success repeated later that year at the 5th Academy Awards, as March won his first of two Oscars for Best Actor, and Hayes won the Oscar for Best Actres. Since the beginning, there has been an inconsistent overlap in the films and performances recognized by both the festival’s jury and the Academy voting body, thereby making predicting the Oscars based on Venice a difficult enterprise.

Like many major long-running film festivals, the titles of various awards given at Venice have changed over the years. For the sake of easy comprehension, I will refer to the award for Best Picture as the Golden Lion, Best Director as the Silver Lion, and Best Actor and Actress as the Volpi Cup regardless of whether or not that was their actual name during any given year.

In the festival’s 90-year history (which in the 1970s was non-competitive), only seven films that won the Golden Lion were nominated for an Academy Award for Best Picture. Of those seven, six were released after 2004 (the outlier being Laurence Olivier’s “Hamlet” in 1948), and only three actually went on to win Best Picture: “Hamlet,” “The Shape of Water,” and “Nomadland.” However, the list of films which premiered at Venice and went on to receive a Best Picture nomination is even greater…

This recent uptick in commonality between Venice and the Oscars (since 2013 and counting) may be an indicator for this year’s awards race, or it may be a fluke to see more and more films which premiere at the festival go on to have Oscar success. One thing is for sure though: the lineup this year is stacked with films that on paper have Oscar prognosticators very excited for the year’s awards race. The lineup for the 76th festival, announced on July 26th, features faces familiar to the festival and the Academy alike. Darren Aronofsky’s “The Whale,” starring Brendan Fraser in a role many believe could be the frontrunner for this year’s Best Actor race, is the director’s 5th film to premiere at Venice. Aronofsky previously won the Golden Lion in 2008 for “The Wrestler” and has directed several Academy Award-nominated and winning performances. Alejandro González Iñárritu, whose “Birdman” opened the festival in 2014 and subsequently won the Oscar for Best Picture, returns with a the supposedly three hour long Mexican film “Bardo, (False Chronicle of a Handful of Truths),” which is set to be distributed by Netflix. Other recent Academy familiars appearing at Venice include Florian Zeller (“The Father“) with “The Son,” Noah Baumbach (“Marriage Story“) with “White Noise,” Martin McDonagh (“Three Billboards Outside Ebbing, Missouri“) with “The Banshees of Inisherin,” and Luca Guadagnino (“Call Me By Your Name“) with “Bones and All,” just to name a few.

​Regarding predicting the Golden Lion winner, we can only truly get a feel for a film’s critical and wide reception from immediate audience reactions and reviews. Whatever wins, however, has a higher chance than ever of being nominated for an above-the-line Oscars category. Since its introduction in 1990 (while a version of the award did exist from 1935-1938), no director had won both the Silver Lion and the Academy Award for Best Director until Jane Campion for last year’s “The Power Of The Dog.” Given the substantial list of names in competition this year, we may see a repetition of this occurrence. Similarly rare is the combined distinction of the Volpi Cup for Best Actor/Actress and the Oscar for Best Actor/Actress in a leading role. It has happened only twice for men, both in the 1930s: Frederic March for the aforementioned “Dr. Jekyll and Mr. Hyde” and Paul Muni for “The Life of Louis Pasteur”; and with slightly more frequency, five times for women: Helen Hayes in the aforementioned “The Sin of Madelon Claudet,” Vivien Leigh for “A Streetcar Named Desire,” Helen Mirren for “The Queen,” Emma Stone for “La La Land,” and Olivia Colman for “The Favourite.” Among the films in competition, several feature actresses in roles that could lend themselves to an Oscar nomination include Ana De Armas in Andrew Dominik’s much anticipated “Blonde,” Tilda Swinton in Joanna Hogg’s “The Eternal Daughter,” Cate Blanchett in Todd Field’s “TÁR,” and perhaps even Virginie Efira in Rebecca Zlotowski’s “Other People’s Children.”

Films that premiered at Venice that do not snag a Best Picture, Director, Actor, or Actress nomination at next year’s Oscars still have a fighting chance at earning a nomination for Best International Feature Film, as so many films that premiere at international festivals tend to do. While the overlap between what premieres at Venice and how those films fare with AMPAS continues to grow, the film festival more significantly continues to serve as an essential launching pad for filmmakers and actors from every style and every corner of the globe, regardless of the Academy’s reception. Considering what the trend has been since the early 2010s, we suspect the awards overlap will continue with this year’s festival.

Are you excited for the 2022 Venice International Film Festival? Do you care that the festival has been more “Oscar-friendly” in recent years than in the past? Which films premiering at this year’s festival do you believe will receive an Oscar nomination for Best Picture? Please let us know your thoughts in the comments sections below or on our Twitter account.