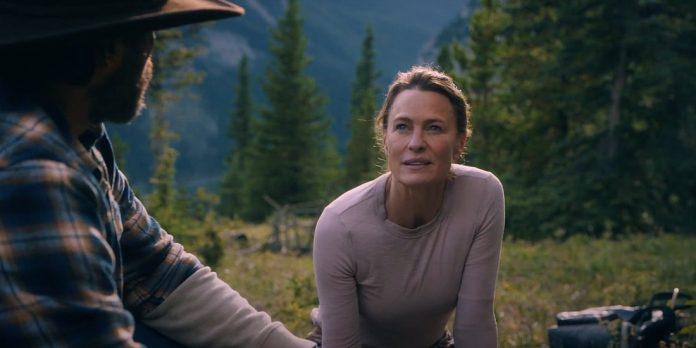 By Cody Dericks
​
The first trailer for Robin Wright’s feature directorial debut “Land” has been released. The film, in which Wright also stars, will premiere at the Sundance Film Festival on January 31, 2021 before being released on February 12, 2021.

Plot Synopsis: From acclaimed actress Robin Wright comes her directorial debut “Land”, the poignant story of one woman’s search for meaning in the vast and harsh American wilderness. Edee (Wright), in the aftermath of an unfathomable event, finds herself unable to stay connected to the world she once knew and in the face of that uncertainty, retreats to the magnificent, but unforgiving, wilds of the Rockies. After a local hunter (Demián Bichir) brings her back from the brink of death, she must find a way to live again.

So what do you think? Wright previously directed 10 episodes of the television show “House of Cards.” Could her feature debut be a hit? Even with her acclaimed filmography, she has yet to be nominated for an Oscar. Could this be her ticket to April’s Oscars? The film is premiering at Sundance and is scheduled to be one of the bigger high-profile premieres there. Will it suffer comparisons to the already well-established “Nomadland?” Let us know your thoughts in the comments section below or on our Twitter account.