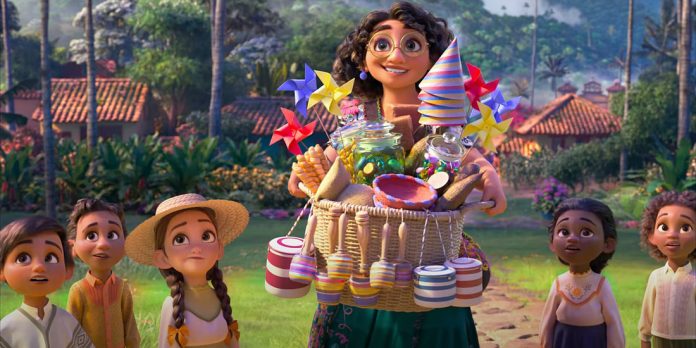 ​Plot Synopsis: In the film, the magic of the Encanto has blessed every child in the family with a unique gift from super strength to the power to heal—every child except one, Mirabel. But when she discovers that the magic surrounding the Encanto is in danger, Mirabel decides that she, the only ordinary Madrigal, might just be her exceptional family’s last hope.

What do you all think of the teaser trailer? The animation certainly looks gorgeous and not just because of the culture and scenery but also due to the fantastical elements on display. I expect it will deliver a variety of beautiful images for audiences to feast over while they take in this unique story. I once again appreciate Disney attempting to tell stories outside of the white perspective, and here, we’re traveling to Columbia with a brand new female protagonist in Mirabel, who sounds terrific due to the voice talents of Stephanie Beatriz. Because of the film’s release date, there’s no doubt that this is Disney’s number one priority for the Best Animated Feature Oscar come awards season. With songs written by Lin-Manuel Miranda, there’s a recipe for success here. We’ll have to wait and see how audiences react to it when it opens this fall. What do you think, though? Let us know your thoughts though in the comments below or on our Twitter account.