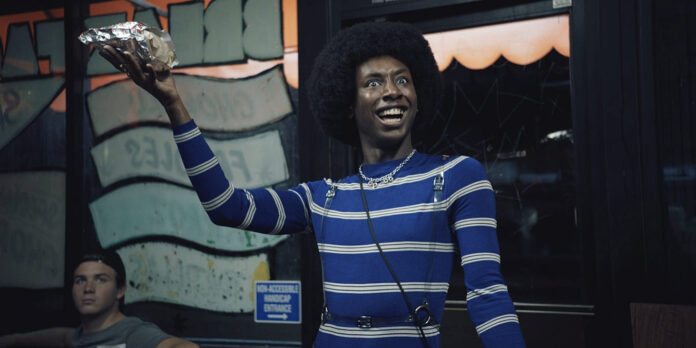 THE STORY – The lives of a skating guitarist, two aspiring rappers, a fast-food worker, and others intersect over the course of a hot summer day in Los Angeles.

It can be an exciting enterprise to witness the display of new talent on the screen. The energetic burst of a fresh voice with pointed commentary and a daring vision is thrilling to discover, and it keeps one thoroughly invested in the unfolding story being shown. It’s a rewarding experience that should not be quickly forgotten and dismissed. This naturally happens with many filmmakers and their debut features. It’s difficult to capture that sense of novelty a second time. For Carlos López Estrada, the pulsating beat at the heart of “Blindspotting” also feels appropriately resonant with “Summertime,” a shaggy but intriguing celebration of young voices with their own outlooks to explore.

The macro view of the film is quite simple. The story follows the single day of a group of young people in Los Angeles as they navigate the trials and tribulations of their lives. The narrative weaves in and out of a vast collection of characters, none having specific destinations but all musing about identity, culture, and the nature of living in a vibrant city through a stylized artistic lens. Much of the film uses performative poetry, a collaborative effort written by the more than two dozen principle cast members, as a means of this examination. As the day grows longer, the emotional catharsis these characters experience is drawn further out. This is in addition to the deeper understanding they have about their introspective value in this particular worldview.

The storytelling here is a rather unique case. There is not a traditional screenplay assembled with a distinct plot being propelled through. Instead, there are a series of vignettes that weave into one another to create a tapestry of mood and observation. It’s a method that proves more effective at creating tone than actual compelling drama, as some transitions and setups come across more organic than others. There’s an aura of fantasy present, a world where people deliver their poetic monologues as if breaking out into song during a musical. It’s an exciting concept, but the scattered structure does not leave much room for character development. There are a few exceptions, and those who are granted some emotional catharsis leave an impression. The commentary may not always be profound, but the vibrancy felt in these situations maintains an electricity that is amusing to witness.

Estrada does an impressive job at wrangling this myriad of stories into a somewhat cohesive whole, and the craft of the filmmaking emphasizes the intimate portrait of a city and its citizens. The pacing moves along without ever feeling too fleeting or stagnant, allowing for the weight of the scenery and poetry to feel realized. The direction gives the city a dynamic and fluid texture, with some beautiful compositions executed through the warm cinematography. Whether showcasing an elaborate dance sequence in a busy street or holding onto the closeup of a character bearing their soul through verse, Estrada continues to deliver on the promise he showed in his debut. He is a fine storyteller who infuses bold aesthetics with eloquent character studies that make even the smallest of scales loom large. The tales themselves may seem disparate at times, but the unifying directorial vision makes the entire piece an engaging watch.

Given the nature of this sprawling ensemble that is loosely connected to one another, the performances range in their impact. All of the players are decent in their portrayals, but not everyone is giving truly outstanding turns as their screen time and place within the story never really necessitates this. There are a few exceptions, and these are mostly regulated to individuals that are given more of an actual through-line. Tyris Winter is a flamboyant queer youth whose unshaken quest to find a decent burger joint in the city eventually reveals some powerful emotional truths. The same can be said for Marquesha Babers, who delivers perhaps the most memorable and profound moment of expression in the film. In the end, this is a good ensemble that works well in their sections without ever lifting to the level of extraordinary on the whole. It does not diminish their work, but as this piece is far less concerned with the evolution of character, the opportunity to deliver outstanding performances just isn’t presented often.

The narrative conceit of “Summertime” admittedly might leave some wanting more. Its dedication to creating a sense of tone and mood rather than a traditional dramatic story can seem weightless in some aspects. Its utilization of poetry as the driving force in the plot means the characters don’t always feel fully formed, especially with such a large assortment of them. Still, the themes being probed are immensely captivating, and under the tutelage of Estrada’s spirited direction, it all becomes a mesmerizing discovery. There’s a great collection of talent assembled to execute this vision that blends the traditional with the experimental. It entices one to see more from those who contributed their artistry here, particularly from a creative filmmaker who seems only to suggest even greater things in the future.