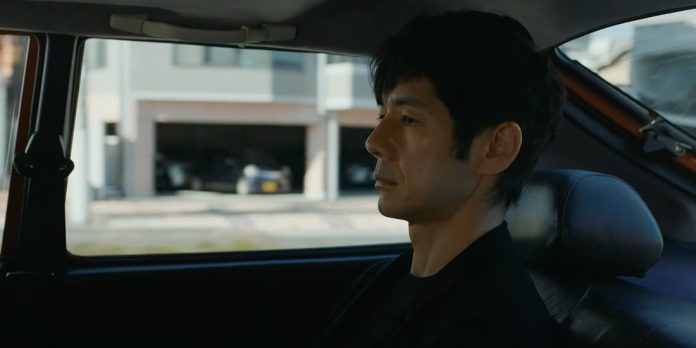 By Matt Neglia
​
Sideshow and Janus Films has released the trailer for “Drive My Car,” starring Hidetoshi Nishijima, Toko Miura, Masaki Okada, Reika Kirishima, Park Yurim, and Jin Daeyeon. Ryusuke Hamaguchi’s premiered at this year’s Cannes Film Festival, where it won the prize for Best Screenplay and has been making the festival rounds ever since. It will have a qualifying awards run in New York on November 24th and in Los Angeles on December 3rd. Additional locations can be found here for its release. The film is Japan’s Official Selection for Best International Feature this year.
​
​Click below to see the trailer.

​Plot Synopsis: Two years after his wife’s unexpected death, Yusuke Kafuku (Hidetoshi Nishijima), a renowned stage actor and director, receives an offer to direct a production of Uncle Vanya at a theater festival in Hiroshima. There, he meets Misaki Watari (Toko Miura), a taciturn young woman assigned by the festival to chauffeur him in his beloved red Saab 900. As the production’s premiere approaches, tensions mount amongst the cast and crew, not least between Yusuke and Koji Takatsuki, a handsome TV star who shares an unwelcome connection to Yusuke’s late wife. Forced to confront painful truths raised from his past, Yusuke begins – with the help of his driver – to face the haunting mysteries his wife left behind. Adapted from Haruki Murakami’s short story, Ryusuke Hamaguchi’s Drive My Car is a haunting road movie traveling a path of love, loss, acceptance, and peace.

What do you all think of the trailer? Don’t let the 179 runtime turn you away. Ryusuke Hamaguchi’s is one of the year’s very best films and should not be missed if you have the opportunity to see it. It features, easily, one of the best screenplays of the year with a terrific ensemble led by an incredible Hidetoshi Nishijima. Its themes of grief, the creative process and how to live life are ones that deeply resonated with me and all of those I know who have seen it. Be sure to check out Tom O’Brien’s review of the film here. What do you all think, though? Let us know your thoughts in the comments section below or on our Twitter account.