Trailer – “Crimes Of The Future” 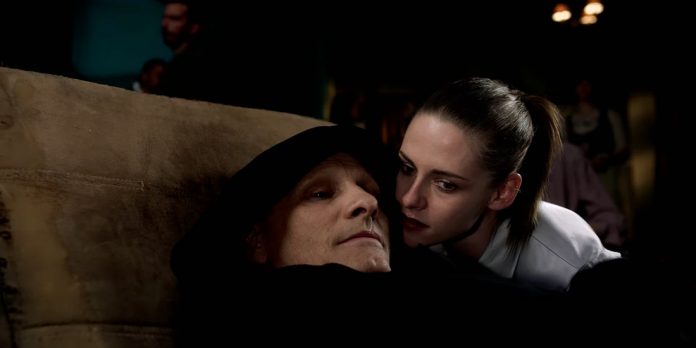 NEON has released the trailer for David Cronenberg’s “Crimes Of The Future” starring Viggo Mortensen, Léa Seydoux & Kristen Stewart. The film will have its world premiere at the 2022 Cannes Film Festival, followed by a theatrical release on June 3rd, 2022.

​​Plot Synopsis: As the human species adapts to a synthetic environment, the body undergoes new transformations and mutations. With his partner Caprice (Léa Seydoux), Saul Tenser (Viggo Mortensen), celebrity performance artist, publicly showcases the metamorphosis of his organs in avant-garde performances. Timlin (Kristen Stewart), an investigator from the National Organ Registry, obsessively tracks their movements, which is when a mysterious group is revealed… Their mission – to use Saul’s notoriety to shed light on the next phase of human evolution.

What do you all think of the trailer? I’d like to think David Cronenberg, the master of body horror, saw his son’s latest film, “Possessor,” and thought, “I can’t let my son show me up!” and that’s how we got here. Supposedly this isn’t tied to Cronenberg’s 1970 film of the same name, but the movie seems to share Cronenberg’s signature style, specifically his provocative use of body horror, which made him a household name with films such as “Scanners,” “Videodrome,” “The Fly” and much more. I’m particularly thrilled to see him reunited with Viggo Mortensen again, with who he has gotten three great performances out of in their last collaborations together. Add Seydoux and Stewart to the mix, and you have a cast, premise, and cinematic experience that looks like it’ll be as memorable as it’s sure to be stomach-turning disgusting. What do you think, though? Are you going to be seeing this at Cannes or in theaters this June? What’s your favorite David Cronenberg film? Let us know your thoughts in the comments section below or on our Twitter account.