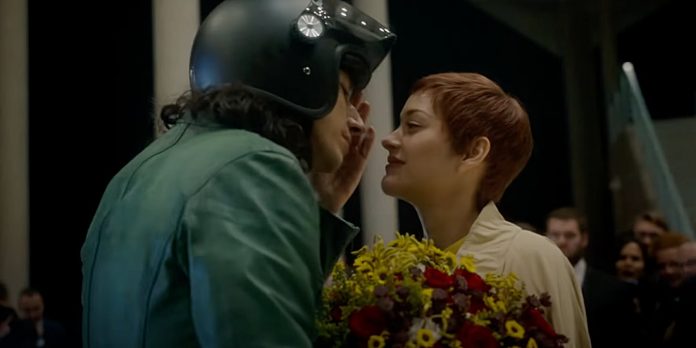 By Matt Neglia
​
It was announced this morning that the hotly anticipated European musical “Annette,” starring Adam Driver and Marion Cotillard, will open up this year’s Cannes Film Festival. Amazon Studios will release the musical love story in late summer 2021 in theaters and on Amazon Prime Video. We also received a trailer for the Leos Carax (“Holy Motors”) directed film, which you can see below.

​Plot Synopsis: Los Angeles, today. Henry (Adam Driver) is a stand-up comedian with a fierce sense of humor who falls in love with Ann (Marion Cotillard), a world-renowned opera singer. Under the spotlight, they form a passionate and glamorous couple. With the birth of their first child, Annette, a mysterious little girl with an exceptional destiny, their lives are turned upside down. A film by visionary director Leos Carax (Holy Motors), with story & music by Ron & Russell Mael of Sparks, this original musical is a journey of love, passion & fame. ​

What do you all think of the trailer? Carax certainly stunned audiences nine years ago with his last film “Holy Motors” and “Annette” represents the first english-speaking film from the critically acclaimed director. The film certainly looks like it will retain his eccentric and singular style, with a splash of mainstream appeal due to the presence of Driver, Cotillard and Simon Hellberg. I’m very much looking forward to the film’s music too which was composed by the band Sparks and produced by Marius de Vries who worked on other film musicals such as “La La Land,” “Bohemian Rhapsody” and “Moulin Rouge.” But what do you think? Let us know your thoughts though in the comments below or on our Twitter account.