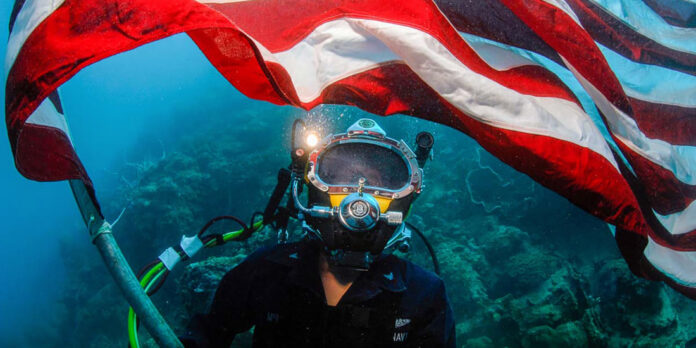 THE STORY – Over 200 aircrafts were shot down over the island of Palau in the South Pacific during World War II. In the early 1990s, Dr. Pat Scannon went to Palau to help a dive team locate a Japanese trawler sunk on a mission by future President George H.W. Bush during the war. With a successful discovery, the trip gave Scannon the vision to create Project Recover, an organization with a mission to bring home missing-in-action World War II veterans.

For the families of soldiers that go missing in action, closure seems impossible. The unknowns pile up, and the questions and uncertainty can be haunting. As time goes on, the answers seem further away. After eighty years, tens of thousands of Americans remain classified as missing in action from World War II. Enter Project Recover, an endeavor to find the wreckage and remains of Americans who went missing in the South Pacific. “To What Remains” shows the unique and detailed process by which Project Recover finds the remains of these lost heroes and tells numerous stories of bringing closure to their loved ones.

“There were over 200 aircraft shot down in Palau in World War II,” Dr. Pat Scannon, founder of Project Recover, says. “So, where are they? That’s the question. Where are they?”

Using archival footage, new interviews, and footage documenting the project for nearly thirty years, “To What Remains” zeroes in on a special effort to find wrecks that seemed unfeasible to find. Scientists, divers, archaeologists, and more make up Project Recover, searching the South Pacific, mainly focusing on the country of Palau. Inspired by then-President George H. W. Bush’s stories about flying in the Pacific in World War II, Dr. Scannon set out to find these downed planes, long-forgotten by all but the relatives of the men inside. His first claim to fame was finding the actual aircraft that President Bush shot down. While this first mission didn’t exactly bring closure to loved ones, it ignited a passion in Scannon.

It’s a fascinating and exhaustive process to find even one of these plane wrecks. The team pieces together reports, photos, and eyewitness accounts to pinpoint potential locations for each downed plane. “To What Remains” does a remarkable job of documenting this process, even showing Scannon talking with locals from Palau who happened to witness some of the aerial battles. He also gathered with World War II reunion groups to hear their stories and collect information. Despite being armed with this knowledge, it’s still an incredible challenge for him to go about his mission.

The documentary primarily tells the stories of the men that Project Recover has helped retrieve, thus bringing closure to the families, who are stunned by the discoveries. The relatives of the deceased appear overwhelmed that the scientists would even be able to do such a laborious and dangerous thing. One relative thought this must be a scam when Project Recover first contacted him, only to be overcome with emotion when he realized it was a genuine effort. Another man decided to join Project Recover after they had helped find the remains of his grandfather. Telling these stories is moving and an enormous honor, even if the film does get repetitive in its storytelling. The documentary is at its strongest when it balances the various stories alongside the process by which particular wreckages were found. “I didn’t realize how important it was to families to get closure,” Scannon remarks.

This undertaking even caught the attention of other high-profile veterans such as Marcus Luttrell, former Navy SEAL and author of “Lone Survivor.” Knowing first-hand what it’s like to watch friends and fellow soldiers lose their lives on the battlefield, he was inspired by Project Recover’s work and decided to join up. He described the pain of friends simply disappearing and not knowing where they ended up by saying, “It’s a weight that can’t really be explained.”

While Project Recover can’t bring back loved ones, it can, in some cases, begin a healing process that families may not have even known they needed. Often, the relatives are already a generation or two removed from World War II, yet the discovery of the remains is still immensely impactful. While there didn’t always seem to be enough unique stories to sustain the length of a feature, “To What Remains” is all about honoring the ultimate sacrifices made. In that respect, it’s enormously successful.