Thoughts On An Awards Season With Streaming Films In Competition 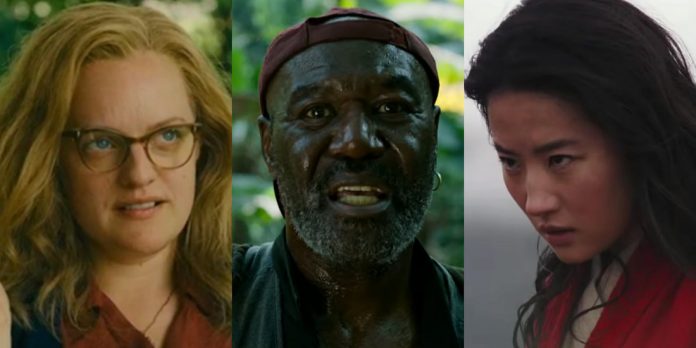 In these difficult times, the state of the world changes every day with new information. However, for movie fans, the one constant is the continued closure of movie theaters. While some local places have opened up here and there, the vast majority of these houses from the major chains remain closed, both in the United States and abroad. It’s one of the reasons why the Academy of Motion Pictures Arts and Sciences put new rules in place this year, whereby films that premiered on streaming platforms could still qualify for Oscar consideration and the eligibility deadline was pushed until the end of February 2021. However, these changes were probably enacted for a temporary situation, one that hopefully saw theaters opening by the fall and productions that were put on hold allowed to continue. As the months drag on, that possibility is looking less and less certain.

As much of the film-loving community waits with bated breath for theaters to reopen, the likelihood of that happening anytime soon is not strong. This becomes even clearer as so many high-profile films are either moving their release dates deep into next year or are indefinitely delayed. Many are even bracing for a situation where theaters won’t open on a mass scale until the following year. Even if they do, attendance might be significantly reduced, whether by mandate or audience hesitation. Whatever the case may be, newer films playing to sold-out crowds in theaters is not in the foreseeable future. That presents a tricky situation when it comes to the upcoming Oscar ceremony. Figuring out the logistics of the event is one thing, but it is quite another to conceive of an awards show where none of the nominated films have had the widespread exposure that theaters provide.

That exposure is what propels so many decisions regarding this ceremony. Financial motivations are always a driving force and one that has been on top of many minds whenever the declining set of ratings for the telecast keeps getting brought up. That has usually correlated with the types of films that get nominated, but if none of the talent represented has outlandish box office receipts to their name, that could spell trouble for the entire season. If the nominees are all dominated by streaming titles, it could represent a significant disinterest in the telecast. It would certainly be a completely unprecedented moment in the history of the Academy. The greatest shame of this situation with so many dire outcomes would be to run away from it before recognizing the potential a moment like this offers.

If no major studio titles have been seen by the end of the eligibility period, what remains is an interesting opportunity for the Oscars to truly experiment. There has been a sense of resistance from many Academy members giving the full-throated endorsement to films that premiered on streaming platforms – if the near Best Picture miss of “Roma” and a 0-10 showing of “The Irishman” from Netflix are anything to go on. However, with the closing of theaters for an unknown amount of time, streaming titles becoming the dominant entries in this race may become the new reality.

This presents an exciting opportunity to reshape a very traditional landscape that was previously built upon exclusivity. Streaming has a way of democratizing what people can see, and it’s a way for a movie that normally would get an expanded rollout from one select major market to the next to be in homes across the nation or even the world. The conversation about these films fundamentally changes as well. There’s potential to usher in so many different perspectives to discover these films, and while the box office exposure will not be a tool in a campaign’s arsenal, the more engaged online presence could very well be a greatly untapped resource.

This not only changes the types of films people will see, but also the nature of campaigns. Glitzy festival launches that cater to exclusivity will no longer be the currency to build buzz. Innovations will be necessary to create this hype in a virtual landscape. While online campaigns have been tried before, nothing has ever been quite on this scale. There’s no doubt it will be challenging, but it will also be incredibly fascinating to see how these films are marketed. No doubt that a different metric will be used for calculating success, but it’s an opportunity for experimentation. Perhaps these will carry over into the future in unexpected ways.

Still, that unknown quality is what fuels so much anxiety within the industry and the dedicated fans who can only sit on the side and observe. There is an obvious hunger to return to theaters and enjoy the spectacle of the big screen. However, current events simply cannot allow that, and it is a situation that must be accepted. That doesn’t mean there aren’t still great films being released and seen by people, now possibly getting an even brighter spotlight than they were before. This landscape helps to raise voices from the perspective of women, people of color, and other marginalized groups in a way that may have been lost with a modest box office intake. Combining that with an impressive fall slate already dated from the likes of Netflix and Hulu, there won’t be any short supply of anticipated films to see in the upcoming months. Streaming these films at home will not detract from the eagerness to see them.

Nothing will ever replace the theatrical experience, and even though this moment in time seems indefinite, it will eventually pass. Still, that does not mean that all the wonderful stories being told now should go unnoticed. The Academy may be resistant to drastic change, but unusual times call for unusual methods. An awards season that is made up of films that can be readily seen by the vast majority of people, even if for only a single year, is worth seeing through to the end. If for nothing else, it guarantees an awards season like nothing ever before.

​What do you think is going to happen? Will it be only streaming films in contention for Oscars or will movie theaters open in time? Let us know in the comments section below or on our Twitter account.