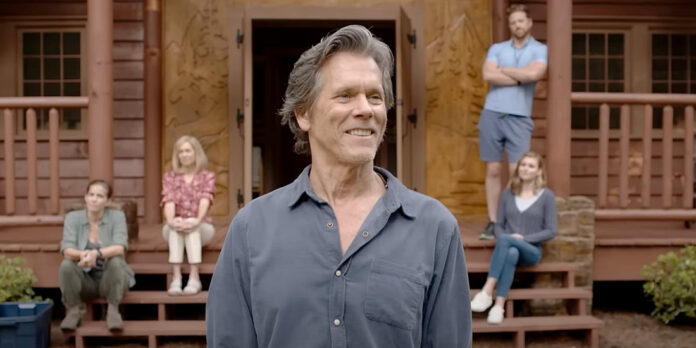 ​​​​While the horror genre has a notably large and vocal queer fanbase, there’s a surprising dearth of scary movies that feature LGBTQ+ characters, plotlines, or themes. “They/Them,” the directorial debut of acclaimed writer John Logan, aims to fill this gap partially. The film takes place at a conversion camp and features a wide array of characters from all across the sexuality and gender spectrum. They are well-drawn with clearly defined personalities, and the screenplay allows them to have plenty of investing discussions about their similarities and differences. But while its intentions and motivations are assuredly noble and the characters are worth rooting for, the film commits the ultimate sin for a horror flick: It’s not scary.

Like many campground-set horror films, “They/Them” begins on the first day of camp, but due to the nature of the setting, none of the young folk are happy to be there. Led by a seemingly friendly man named Owen (Kevin Bacon), the counselors put the campers through an increasingly hostile series of activities designed to turn them straight and/or cisgender. But something gets in the way of the camp’s evil agenda: A masked killer begins picking off counselors one by one.

Bacon – who has experience at a murderous campground thanks to his work in the very first “Friday the 13th” – is a fantastic presence in his central role. He’s masterfully able to switch from being caring and understanding to a no-nonsense authority figure before the campers can even fully comprehend the change. It’s exactly the kind of assured performance one expects when casting such a professional. The largest role of the campers is the character Jordan, played by Theo Germaine. They successfully hold the audience’s focus in such an important role, and every choice they make is carried out with total confidence. Anna Chlumsky shines as a nurse who does her best to help the distressed campers. She gets plenty of noteworthy moments to show the passionate side of her masterful emotive abilities. The other young campers all bring a dynamic quality to their performances in their own individual ways. The screenplay makes their jobs easier by giving every speaking role, no matter the size, crystal clear motivations, intentions, and desires. It’s impossible not to feel a connection to all of them and strongly want them to make it out of the camp safe and sound, especially once the bodies start piling up.

The film is at its best when the magnetic campers are interacting with each other, sharing stories and divulging secrets, which inevitably leads to their bonding. In particular, the film’s first act comprises table-setting scenes in which the audience gets to know these characters, and it’s the best portion of the film. However, this is probably not what most audience members, or even the creative team, would want to be most affected by in a horror movie. In that way, the serial killer plotline feels more like an afterthought rather than the main thrust of the story. Instead, it seems to interrupt the inherently more interesting character drama. When the film fully shifts into horror mode in the final chapter, the messages and deeper meanings it explores are decidedly mixed and don’t lend themselves to as tidy a conclusion as the film seems to think it’s presenting. It winds itself into a knot of morality that’s hard to unravel sensibly.

The legions of LGBTQ+ horror fanatics will likely flock to “They/Them” thanks to its appealing subject matter and admittedly clever title (They Slash Them!). And they very well should, as the more attention that this film gets, the more likely it is that queer-themed horror may get made with more frequency. And unlike “They/Them,” those future films might even be scary.