“THE WORST PERSON IN THE WORLD” 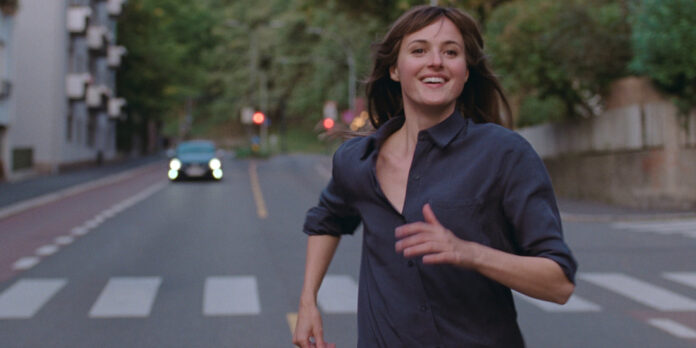 THE STORY – A young woman battles indecisiveness as she traverses the troubled waters of her love life and struggles to find her career path.

​​Growing up these days is hard. Not that it hasn’t always been, but these days, in particular, there are more avenues open for young people to explore than ever before. But even though that should make people feel more unrestrained in theory, in practice, it often leads to a feeling of being overwhelmed and unable to make any decision at all, thus leading to a protracted adolescence. This modern state of delayed adulthood is at the heart of Joachim Trier’s “The Worst Person In The World,” the conclusion of the Norwegian auteur’s “Oslo trilogy” of films that includes “Reprise” and “Oslo, August 31st,” and it just may be his best yet.

When we first see Julie (Cannes Best Actress winner Renate Reinsve), she looks so elegant in her black cocktail dress, smoking her cigarette while scrolling through her phone. Then we actually get to meet her as a student who went into medicine because it fit with her work ethic and smarts. But then she realizes that she’s more in love with the mind than the body, so she switches to psychology. But then she realizes that she wants to go into photography. With each change in her course of study, she changes her hair and her boyfriend. But then she meets Aksel (Anders Danielsen Lie), an older cartoonist who is semi-famous for a comic book series starring a wild bobcat who causes mayhem and makes juvenile male jokes because he can’t be tamed. When Aksel tells Julie that they can’t be together because they are at different points in their lives, that’s when she knows that she loves him, and they promptly move in together. After this prologue, Julie’s story is told in twelve parts and an epilogue. That may seem daunting, but some parts only last a couple of minutes, and the film is never dull, in part because Trier’s style flows naturally from the essence of his protagonist.

Like Julie, “The Worst Person In The World” is ready to take off on a flight of fancy at the drop of a hat… or, in one memorable sequence, at the flick of a light switch. At any moment, the film feels like it could go anywhere or do anything. Because of Trier’s superb control over the film’s tone, it still feels cohesive and grounded in reality even when fantastical elements are introduced. When that magical realism peeks through, it gives us even more insight into what is going on in Julie’s head as she tries to figure out who she is and what she really wants. The images Trier and cinematographer Kasper Tuxen conjure up-sell the rush that comes from a moment of pure emotion, be it joy, sadness, or anything in between. A sequence where Julie makes a deep connection with a stranger (Herbert Nordrum) when she crashes a wedding party effortlessly captures the electricity between them, even when they pointedly do not kiss.

The screenplay by Trier and Eskil Vogt puts nearly every aspect of modern life under a microscope, as the characters talk about what constitutes cheating on a significant other, when you know you’re ready to have children, how social media can stunt one’s emotional growth, and, most effectively, how culture has changed over time. At Julie’s 30th birthday party, she reflects on what her mother, grandmother, and previous generations had achieved by the time they were 30 and how little she has done in comparison. And then, near the film’s end, Aksel laments that when he was younger, culture was passed down through objects – books, CDs, pieces of memorabilia – and now, those things are all he has left of those times. It’s sad because those things are just physical representations of memories from the past. People don’t even have that in today’s digital world because everything is modern and thus more ephemeral. Danielsen Lie really shines in this moment, effortlessly putting across the film’s thematic statement in a way that feels organic, coming from a place of deep reflection and emotion.

At its heart, though, this is Reinsve’s film, and she gives a breathtaking, star-making performance. The fact that Julie does not ever come across as the titular terrible person is a testament to how open of a performer Reinsve is. From the beginning, she bears her whole soul, even when Julie is unsure of who she is. Watching her journey of self-discovery is as thrilling as any sci-fi epic even though it is primarily internal, thanks to her sharp features and dark, darting eyes that the actress uses to great effect. In Reinsve and Trier’s hands, Julie becomes a stand-in for so many young people searching for themselves in this wider-than-ever world, and the film about her becomes the most extraordinary coming-of-age story of the new century, one that will likely only become more relevant and painfully true as time goes on.