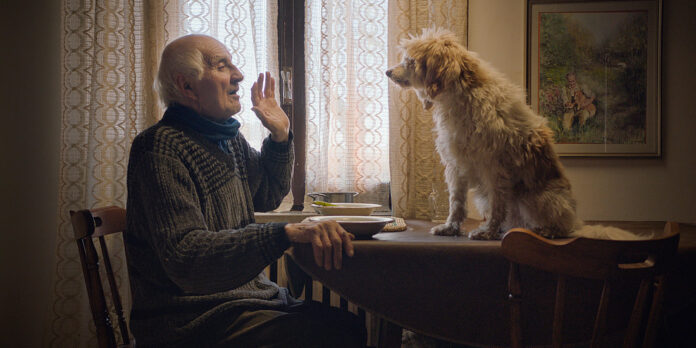 THE STORY – A handful of men search for rare, expensive and delicious white Alba truffles deep in the forests of Piedmont, Italy.

​One of the many things that films can accomplish is transporting a viewer into an entirely different world that they may not have seen before. These films can capture stories of unique individuals that showcase enlightening and intriguing themes. In many ways, documentaries are especially equipped for this exploration since their storytelling is of real people and their interactions. So is the case with “The Truffle Hunters,” a film that attempts to peer into a quiet world of traditional nobility and manages to reveal delightful personalities through a warm and inviting tone.

In the forests of a small Italian town named Piedmont, a group of older men are all indulging in the passions that fuel their twilight years: They are obsessed with going out into the forest and finding as many White Alba truffles as possible, a scarce and expensive breed of this fine delicacy. Each of them also has a loyal dog, or group of dogs, as an assistant in sniffing out and digging up these rarified treats. These men also possess a collection of skills that have been utilized for decades. However, their work is not without its drawbacks. The increasingly competitive market and worsening climate conditions have made the search for prime specimens all the more difficult, often leading to serious altercations. Yet, these men continue to indulge their passions and seek out the spark that gives life meaning and joy.

Directors Michael Dweck and Gregory Kershaw do an amazing job at crafting the perspective of this world. The cinematography captures the naturally gorgeous landscapes with ease and portrays the simpler moments with a powerfully cinematic lens. The imagery feels meticulously staged yet authentic to the lives of the people who inhabit them, and what’s on display is a textured and vibrant aesthetic. One particularly feels this in elongated sequences that show the hunting from the dogs’ viewpoint, and they are impressive moments that showcase the technical craft and the sense of place that makes the storytelling even more impactful. The direction is quite incredible at creating an endearing tale that’s joyous to watch unfold.

While the film is filled with entertaining moments, there’s still a sense that its story’s construction is not the most engaging. While great care is taken to ensure the filmmaking is immaculate, the slow and often meandering progression of its narrative is a roadblock for total immersion. There’s an aimless quality present, and it’s often difficult to build up the required momentum to become genuinely invested in the plights on display. Many of the participants are compelling to watch, especially with the amount of charm they produce; however, at the same time, the back-and-forth between these individuals ends up fracturing the drama and makes the stakes less defined. One can still appreciate the themes being explored, but even documentaries need characters that create emotional connections through their conflicts. Here, that exploration feels only skin deep and slightly underwhelms.

Even when the story itself is not as engrossing as it could be, it’s difficult not to be won over by these charming men and their assemblage of adorable canine companions. Their display of fervor is an infectious source of elation in every scene, and watching them continue to indulge in their work is fascinating. They are men who inhabit a changing world that’s abandoning old-fashioned rules and agreements, and that frustration goes hand-in-hand with the satisfaction of finding the fruits of their labor. The commentary may not be the most complex or detailed, but highlighting a community that understands innovation while also appreciating tradition makes these men intriguing figures and obliges one to keep watching.

“The Truffle Hunters” has an immense amount of charm at its disposal, and that ends up making the whole piece quite captivating. The incredibly strong directorial choices help to craft an intimate yet detailed perspective that creates a rather powerful invitation into this company of charming individuals. The story’s construction is where it mostly disappoints, and the emotional connections necessary to find a deeper meaning here feel shallow and haphazard. Still, the film isn’t wholly devoid of thematic weight, and there’s much to appreciate in exploring a story about a group of men who take pride in their passions in the face of an evolving landscape that makes it more difficult to do so. In that endeavor, the film succeeds at capturing an interesting look into an absorbing part of the world.