The Troublesome Legacy Of “Gone With The Wind” 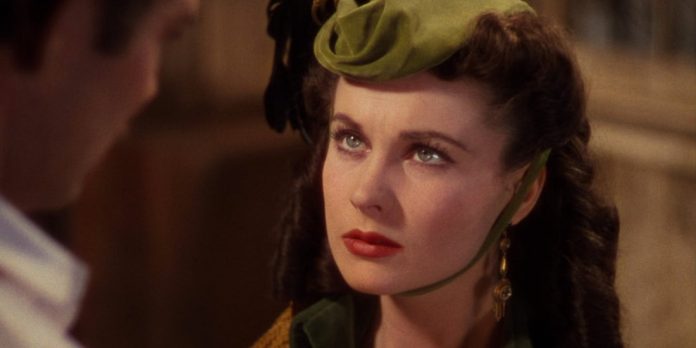 For the majority of the past century, the 1939 film “Gone With the Wind” has frequently been cited as a masterpiece. It frequently tops lists of the greatest films of all time, it swept the Oscars the year of its release, and, adjusted for inflation, it is still the highest-grossing film of all time. By nearly every quantifiable standard, it is undeniably one of the most successful films in history. But as it nears its 80th anniversary, is “Gone With the Wind” still worthy of the unending praise it continues to receive?

I saw “Gone With the Wind” at a young age and was immediately impressed by it, going so far as to call it my favorite movie when I was a preteen. However, since growing up I have been hesitant to revisit the film, knowing that I would inevitably be less beguiled by it since becoming a more politically and socially-aware adult. And on a recent re-watch, my prediction proved to be correct. While some aspects of the filmmaking are worthy of praise in a vacuum, the racial politics and inarguably pro-Antebellum message of the film are difficult to objectively put aside in deference to the film’s legacy. And I am not just criticizing the film from a 2019 perspective – the film employs insidious pro-Confederate imagery and ideas that have been used since the publication of the novel upon which the film is based.

This agenda is clear from the film’s opening moments, where a text scroll proclaims: “There was a land of Cavaliers and Cotton Fields called the Old South…Here in this pretty world Gallantry took its last bow…Here was the last ever to be seen of Knights and their Ladies Fair, of Master and Slave…” This gentle poem sets the tone for the film, making it clear that, to both the characters and perhaps the film’s creators, the pre-war South was a mystical land where everything was balanced and beautiful. In the film’s view, the Confederacy’s loss in the Civil War meant the loss of decency, chivalry, and goodness. The employment of a wistful rendition of “Dixie” playing under this text scroll (a foreshadowing of its frequent use throughout the film) further cements this viewpoint.

And once this prologue ends, we immediately enter this world of Cavaliers and Cotton Fields which has no interest in showing the South as anything but the “pretty world” it wants to portray. Every enslaved character we meet in the film is truly delighted to be doing their forced labor, with those characters who work in the plantation owners’ houses portrayed as particularly dutiful and happy. There is no strife in this world that “Gone With the Wind” shows us; it is a world of lavish parties, beautiful dresses, and a delicate balance in the relations of the black enslaved people and the white slave owners. This is a world the film wants us to mourn, and it does so by portraying a one-sided perspective of the pre-war South. In this world, slavery was a refined practice that brought hardship to nobody. Hardship did not occur in this version of the South until the Yankees attacked. 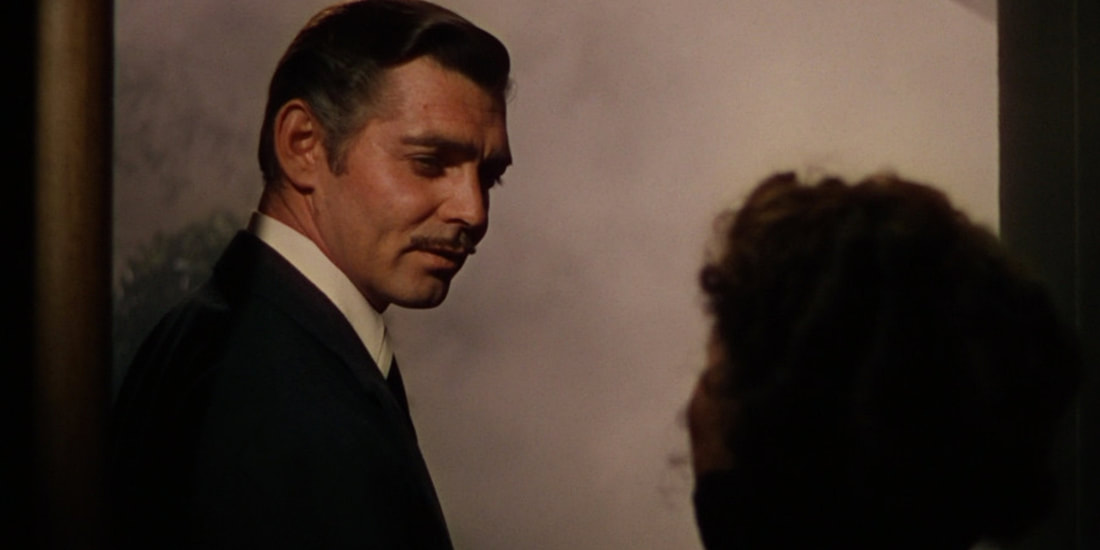 The film lives in this world for nearly the entire first hour of its four hour running time. The intention is clear: to ensure that the audience is fully on the side of the South once the war breaks out. This both makes it easier for the audience to empathize with the Confederates who make up the majority of the main characters and, intentionally or not, it provides white supremacists in the real world with a defining piece of art to point to when defending their world view. This film is undoubtedly complicit in maintaining the white supremacist perspective that permeates this country to this day.
​
However, is it possible to view the film in a different way than its authors intended? The white characters are more than eager to go to war with the North, despite the South being severely unprepared for conflict, as even the film points out. The hero Rhett Butler observes, “Why, all we have is cotton and slaves and arrogance.” And of course, the South is consequently shown to be consistently losing the war at every turn. Cities are burned, army hospitals are filled, and young men die unglamorous deaths. The film’s intention is to make the audience root for the underdogs and to respect and admire their steadfastness, even in the face of inevitable defeat. However, it is possible to take this perspective and shift it to instead show the hubris of the South and how ridiculous “the Cause” really was. One of the most famous shots in the film is that of the main character Scarlett running over the dying and wounded in the streets of Atlanta, with the camera pulling up and up and up, showing the endless bodies that seem to stretch on forever, finally ending with a tattered Confederate flag sliding into the frame. It is an undeniably powerful image that, depending on how you want to read it, can either show the great sacrifice of the South or the wasteful result of the South’s refusal to give up their inhumane practices. A good portion of the film’s first half shows the destruction of the South, resulting in previously well-off characters literally starving, and even in these moments, their stubborn commitment to the Confederacy is evident. Again, it is not difficult to look at this as an unintentional condemnation of the South’s pride and vanity.

​While the film’s intended perspective and purpose are incredibly difficult to get past, it does still have some positive aspects. The character of Scarlett, in particular, is fascinating. The very definition of “grit”, she will stop at nothing to get her way, without a care for the time period’s gender roles or traditions. Is a major part of her characterization her longing for a return to the “good old days” of parties, full bellies, and a happy home? Yes, but she also shows no hesitation in taking advantage of poor Confederates in her climb to success during Reconstruction. She has no allegiances and merely acts in ways that benefit herself. It is undoubtedly interesting to see a female character of the time period written with such uncaring tenacity. And outside of the film’s story, the filmmaking is inarguably impressive. The early Technicolor cinematography is stunning, effectively capturing the humongous scope of the story. Max Steiner’s musical score is powerful, especially the film’s main theme. And the performances of the leading women in the cast, in particular, those of Vivien Leigh, Hattie McDaniel, and Olivia de Havilland, are wonderfully committed and stand the test of time. Famously, for her role, McDaniel went on to become the first black performer to win an Oscar. However, in my opinion, all of these positive points are not enough to overpower the troublesome aspects of the film’s story and messages.

“Gone With the Wind”, if nothing else, is a time capsule of the Confederacy’s perspective of the war and what they were fighting for, and thus, is an undeniably white supremacist viewpoint of the conflict. While it can be valuable to view that perspective if only to have a full grasp of the inner workings of the minds of bigots and to get an illuminating look at what audiences of the 1930s responded to, its message can be hard to watch. Perhaps it is even more useful to look at the film as a way to view the uncomfortable and hateful truths of our country’s history, which we have yet to fully resolve. Either way, after 80 years of nearly undisputed acclaim, I believe it’s time to look at “Gone With the Wind” for what it is: a biased view of the South that never was.

Special thanks to Nicole Ackman for her help on this article.