The Top Movie Musicals Of The 21st Century So Far 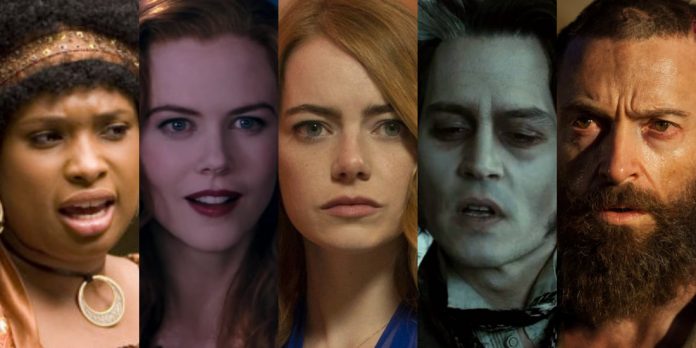 While we don’t see nearly as many as in the 1930’s and 40’s, the musical is alive and well in Hollywood. They can take a few different shapes. Sometimes they’re big song and dance spectacles. Sometimes they use existing songs and build a musical around them. Sometimes they’re just films about musicians playing great stuff. Last year, “The Greatest Showman” made an incredible amount of money at the box office, proving that audiences are still hungry for music at the movies.

The Oscars haven’t recognized too many musicals in the 21st century. Only three were nominated for Best Picture since the year 2000, and only one won the coveted prize. Thanks to other categories, especially Best Original Song, more musicals have still received some awards attention. Awards or not, there have still been plenty of incredible musicals in the 21st century. With the release of “Mamma Mia! Here We Go Again” this weekend, we decided to take a look back and count down the best musicals of the 21st Century so far. ​Honorable mentions: “Across The Universe” brings the music of the Beatles to life in a remarkable way. “Hairspray” felt charmingly old school. And “Moana” gave us a singing Dwayne Johnson, for which we’re all thankful.​ 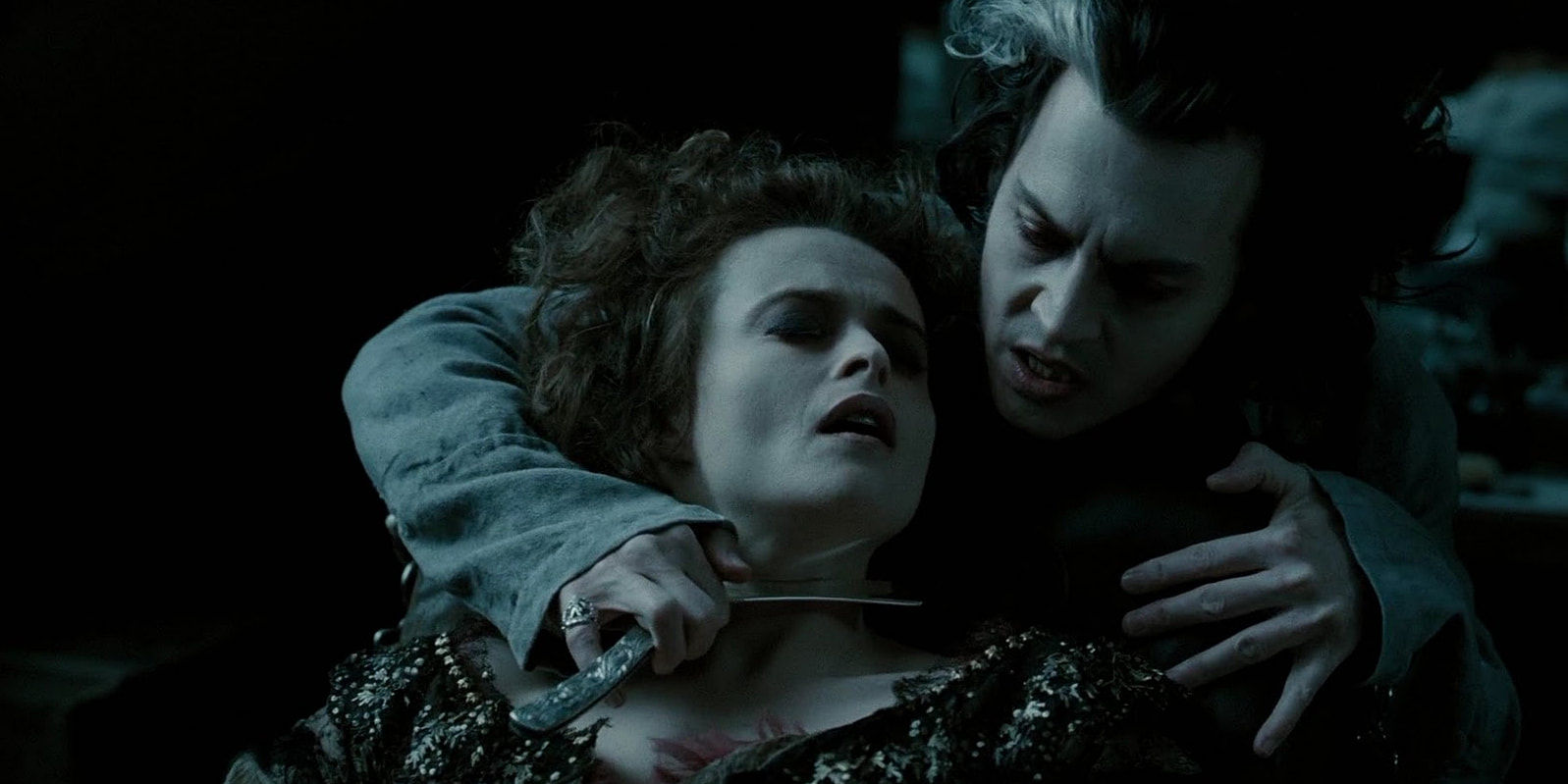 Revenge, murder, cannibalism and a madman. No director could have been better suited to adapt “Sweeney Todd: The Demon Barber Of Fleet Street” than Tim Burton. His dark, otherworldly visual style brings this macabre musical to life and death. The black and gray palette (With more than a few splashes of red) creates a dreary playground for Burton explore. A spectacular cast led by Johnny Depp perform Sondheim’s songs nearly flawlessly. Depp’s performance is deranged, emotional, and one of the best of his career. “Sweeney Todd” remains one of the best musicals of the 21st century because it’s so unique. While many film musicals rely on bright colors and charming songs, “Sweeney Todd” dwells in the darkness. It’s not without some faults, but it deserves its spot on this list for the variety it provides. 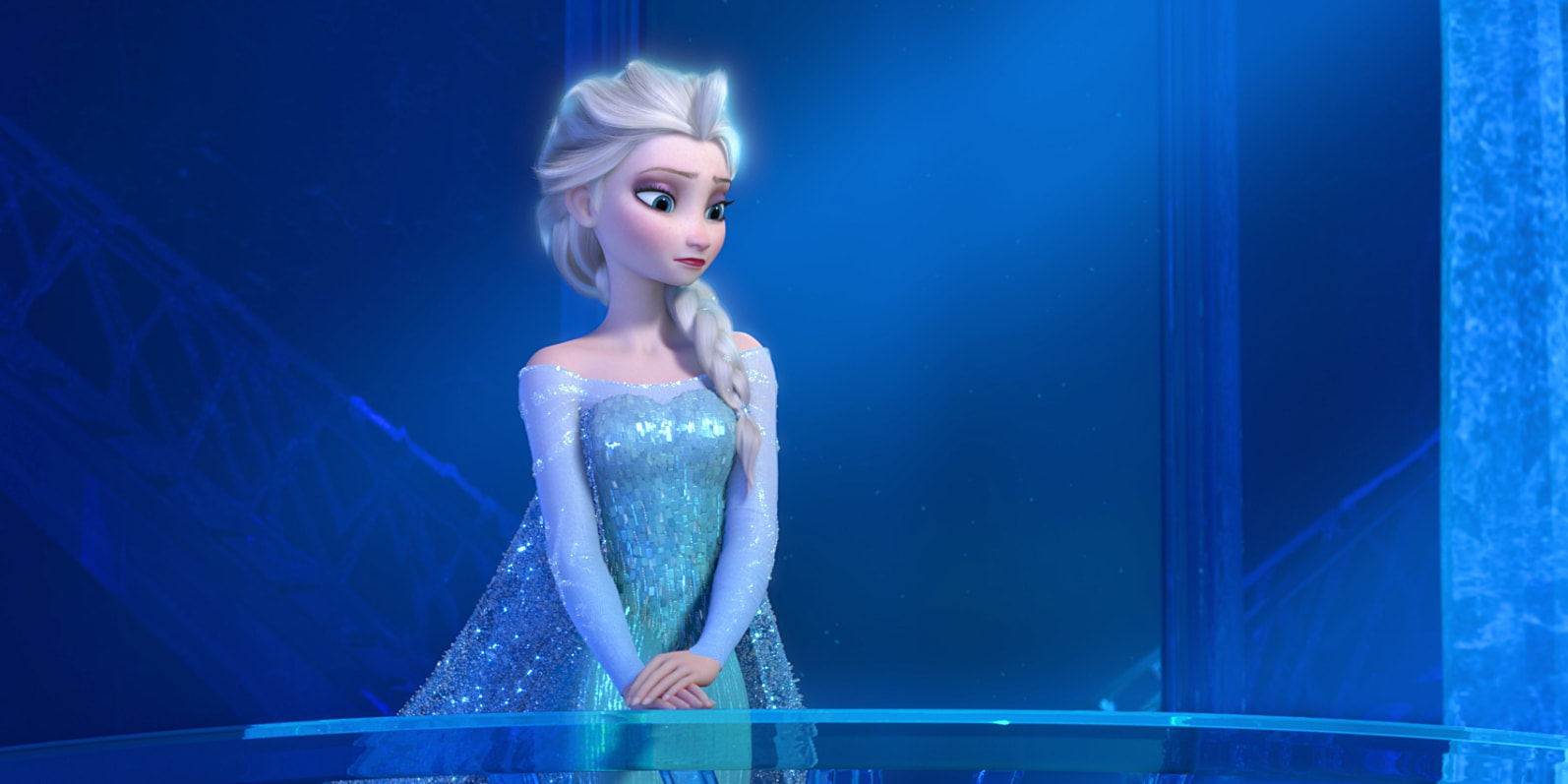 The sheer pervasiveness of “Let It Go” requires a spot for “Frozen” among the best musicals of the 21st century. The film came out in 2013 and the song is still burned into our memories as well as the majority of America. However, it’s not just “Let It Go” that makes the film work. The rest of the soundtrack is insanely catchy. “Do You Want To Build A Snowman” and “For The First Time In Forever” stick in the brain almost as well as “Let It Go.” This is a charming musical with really smart writing. It retains the classic Disney fairytale feel while still feeling fresh and modern. Josh Gad’s Olaf is a highlight as well, up there with the best of the Disney sidekicks. The movie was such a success that a Broadway adaptation is on the way. A sequel is on its way in 2019 as well, marking only the second theatrical Disney animated sequel. “Frozen” also seems to mark a new era for Disney at the Oscars. It was the first ever non-Pixar Disney film to win Best Animated Feature, closely followed by “Big Hero 6” and “Zootopia.” With such a strong place in the cultural consciousness, “Frozen” is surely one of the best musicals of the 21st century. 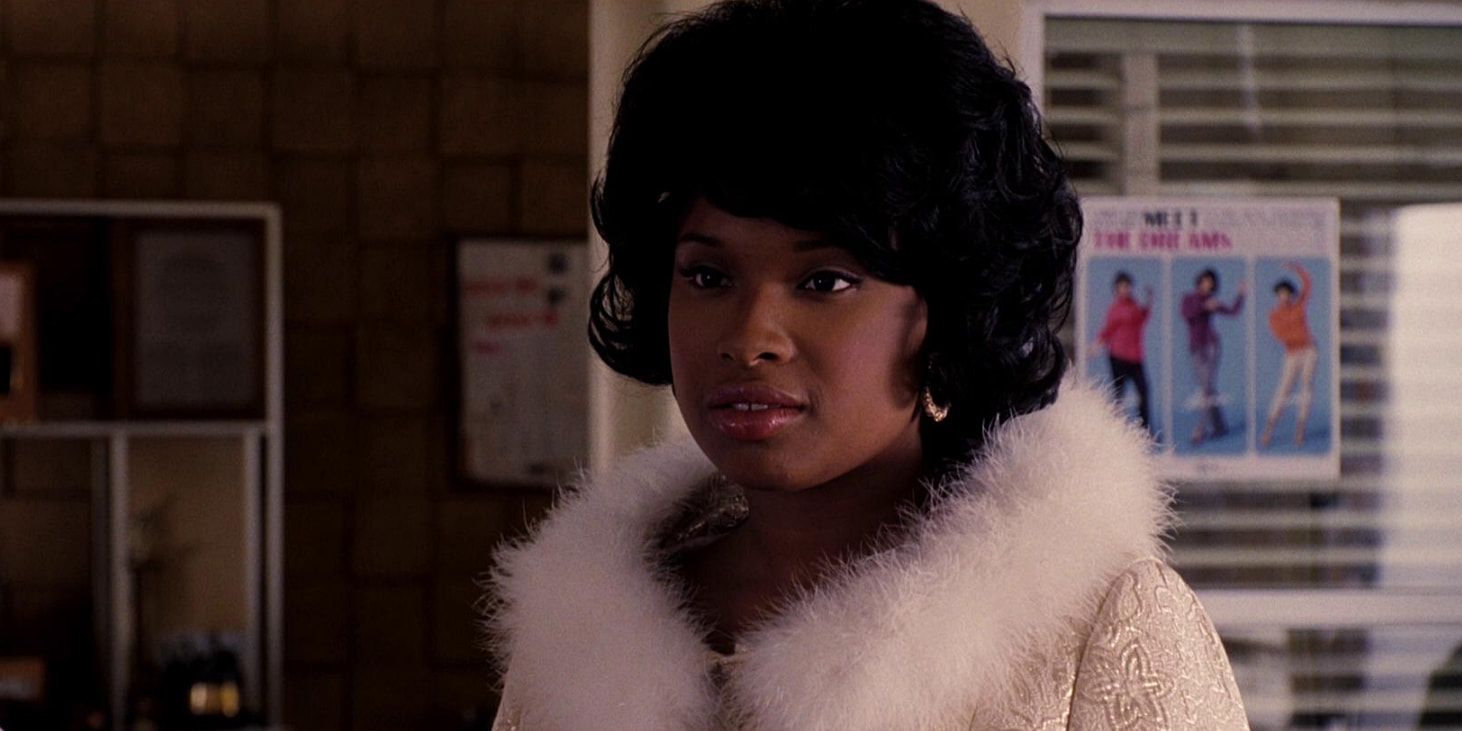 “Dreamgirls” isn’t without its faults. The plot works more as a service to get from song to song than as a truly engaging story. The characters can feel a bit weak. But at the end of the film, those faults are easy to forget. One show-stopping number after another fills “Dreamgirls” with electricity. It’s glamorous and energetic. It captures the era and creates such a spectacle for the audience. Jennifer Hudson’s performance is magnetic and rightfully won the former American Idol contender an Oscar. The film contains Eddie Murphy’s best performance by a large margin. Jamie Foxx, Beyoncé, Danny Glover and more, all shine in this excellent ensemble. Every bit of this film feels classical and old school in the best ways. It’s a wonderful musical that takes a spot on this list thanks to its memorable songs, performances, and style. 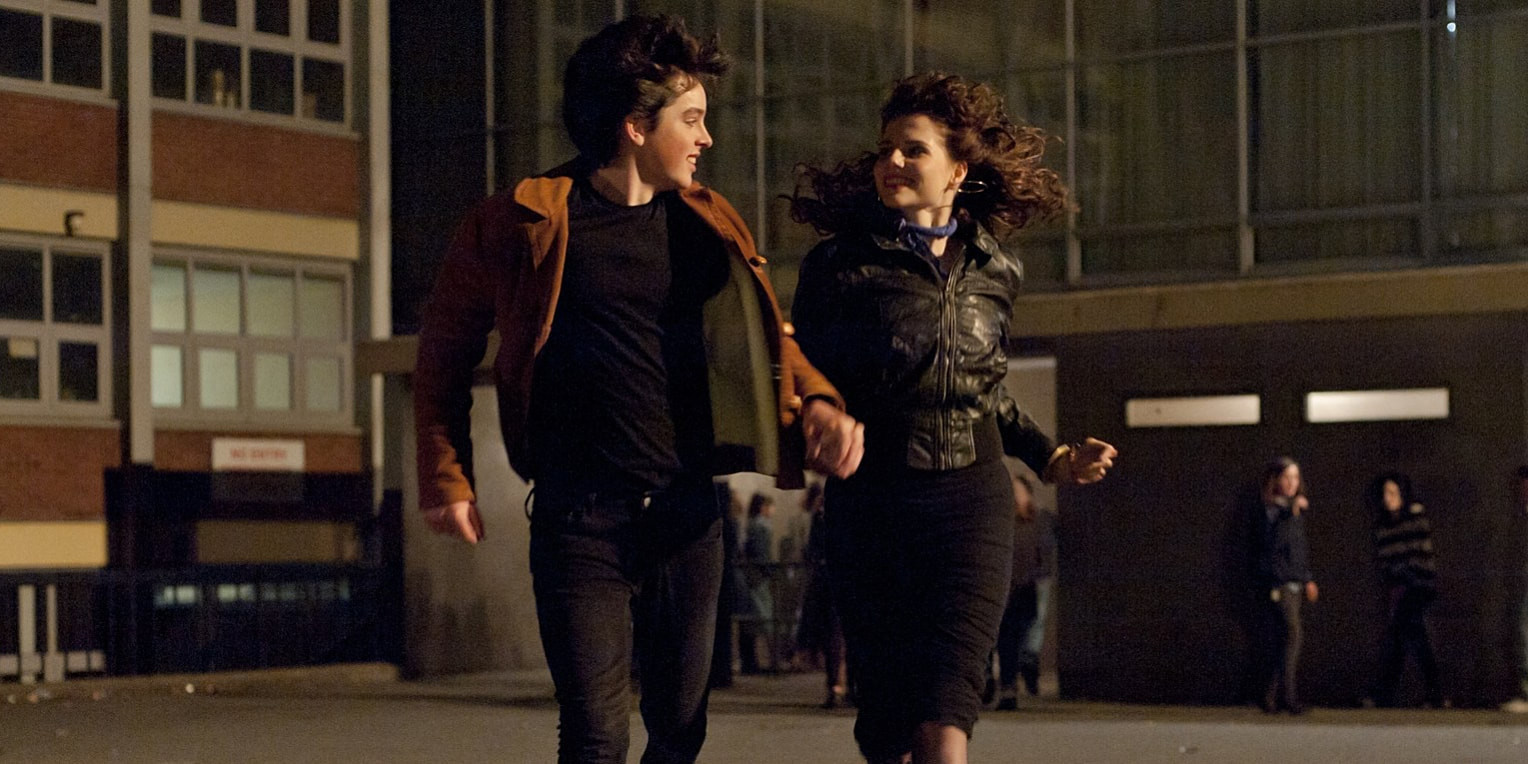 The only entry on this list without any Oscar Nominations. John Carney’s 2016 film is a somewhat different type of musical. Instead of singing their dialogue or breaking out into song, “Sing Street” tells the story of a kid who starts a band in the 80s. The music comes from their actual performances. This coming-of-age movie embraces the awkwardness of a boy trying to impress a girl. Using his older brother’s knowledge of the “cool” music of the day, Connor and his band change musical styles based on whatever music he’s listened to recently. The music in “Sing Street” is utterly fun and catchy. It manages to feel like genuine 80s music while still feeling relevant. “Drive It Like You Stole It” is an anthem to living like to the fullest. “Up” is a sweet, honest love song. “Riddle Of The Model” captures the ridiculous eighties drama. The film balances the music with the honesty of a coming-of-age film so incredibly well. Above all, “Sing Street” is purely sweet, wearing its heart on its sleeve. 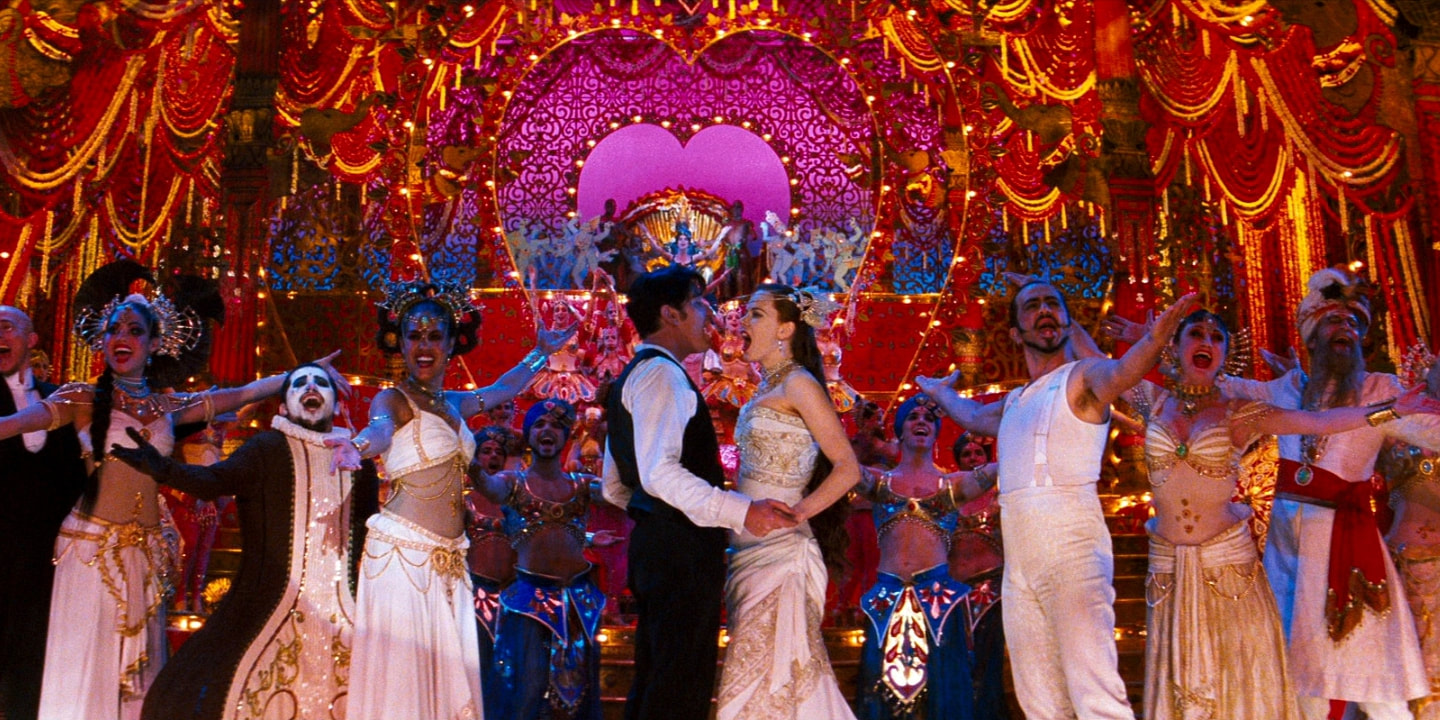 “Moulin Rouge!” likely ranks higher on these lists than it does on ours. It was a major Oscar player in 2001, solidifying Baz Luhrmann as a master of grand style. This jukebox musical embraces fast-paced, over-the-top visuals. It combines plenty of camp with heartfelt drama, creating a vibrant experience. Nicole Kidman and Ewan McGregor make for a charming pair that fills these roles with energy and passion, necessary for the breakneck pace of many of these sequences. “Moulin Rouge!” certainly deserves recognition as one of the definitive musicals of the early 21st century. It remains popular and beloved to this day. However, upon rewatching the film for the first time in years, many of the stylistic choices feel extremely dated and over the top now to the point of exhaustion. Still, above all else, it feels like a strong product of its time and is certainly still beloved by many to this day, giving it more than enough reason to deserve a spot on this list. 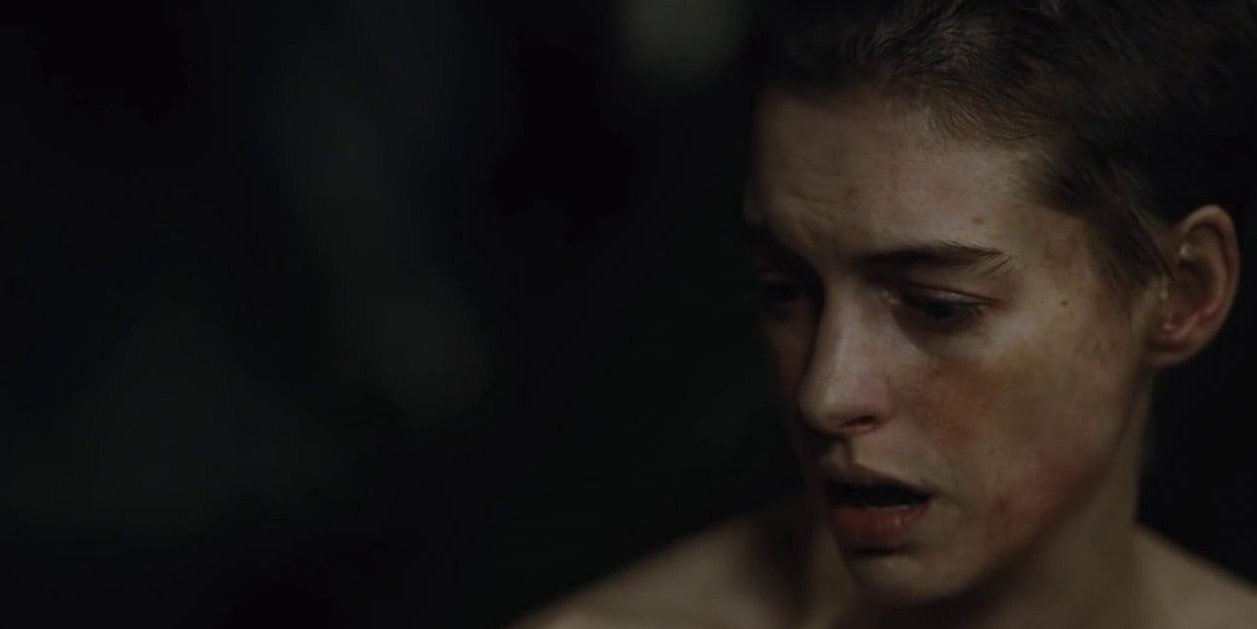 Yes, WE KNOW. Russell Crowe and Amanda Seyfried’s voices are terrible. “Les Miserables” succeeds on nearly every other level though. Hugh Jackman’s performance is dedicated, allowing the audience to feel the pain of his years. He shines particularly in his moving rendition of “Valjean’s Soliloquy.” Tom Hooper’s direction of the film has certainly polarized audiences, especially in the years since its release, but his choice to have the actors sing their lines live with no overdubbing provides a level of realism and honesty that is so vital to this story. That realism gives space for Anne Hathaway’s showstopping, heartbreaking performance without having to lip sync and break the moment. Hooper responds by never breaking the camera away from her face as she performs the iconic song “I Dreamed A Dream” with raw and heartbreaking emotion. “Les Miserables” is a masterful tale of redemption, forgiveness, and love and this adaptation highlights those themes in a way that makes this the definitive adaptation of the famous musical. 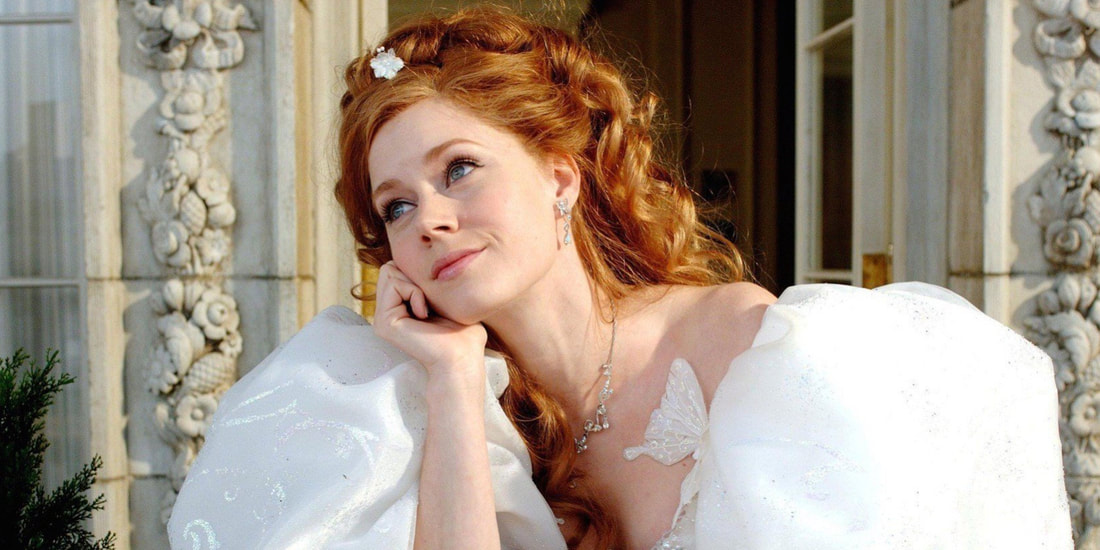 Disney’s grand return to live-action musicals is a marvelous ode to their own films. In many ways, this feels like a precursor to Disney’s current trend of remaking their animated classics. Though “Enchanted” is an original film, it references and makes light of every Disney Princess trope there is, without ever diminishing the importance of those films. Amy Adams proves here that she can do absolutely anything. She devotes herself to this character heart and soul, and she truly embodies a Disney Princess. Combined with wonderful songs that immediately feel like classics, “Enchanted” is endlessly charming, funny, and one of the best musicals of the 21st century. 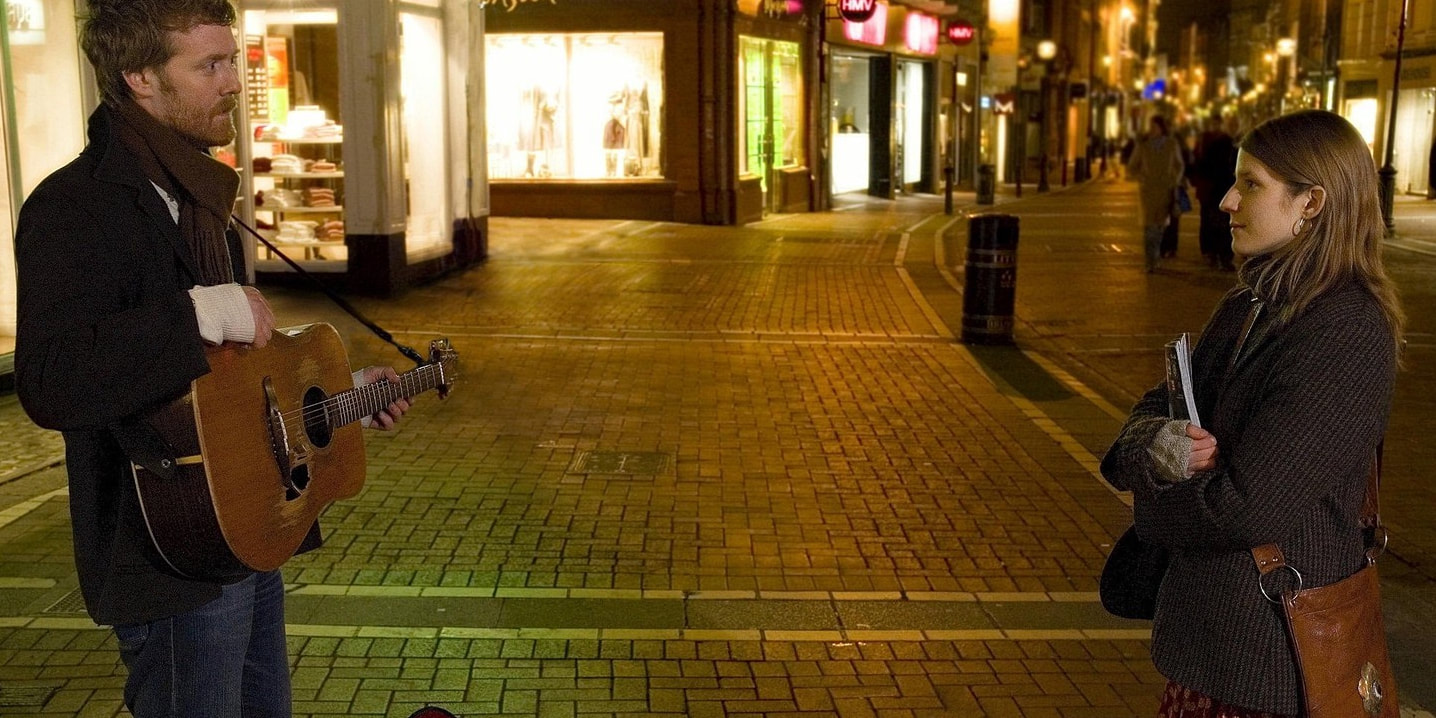 2007 was an inexplicably landmark year for musicals in the 21st century. “Hairspray,” “Across The Universe,” “Sweeney Todd,” “Enchanted” and “Once” all came out in the same year. “Once” sits at the top of that remarkable list for embracing its limitations. The film is small scale and lacks any visual embellishments. Instead, it relies on the strength of music. Glen Hansard and Markéta Irglová star as our unnamed protagonists. One is a singer-songwriter busking for pennies on the street, while the other is an immigrant with a knack for songwriting. The pair fall in love as musicians first, writing and clicking together immediately. We can feel their passion from the first time they start to play. “Falling Slowly” remains one of the best original songs of the century and their duet is unforgettable. The rest of the soundtrack is just as good, giving us beautiful tracks like “If You Want Me” and “When Your Mind’s Made Up.” Their relationship is captivating and the music is breathtaking making “Once” truly feel special. 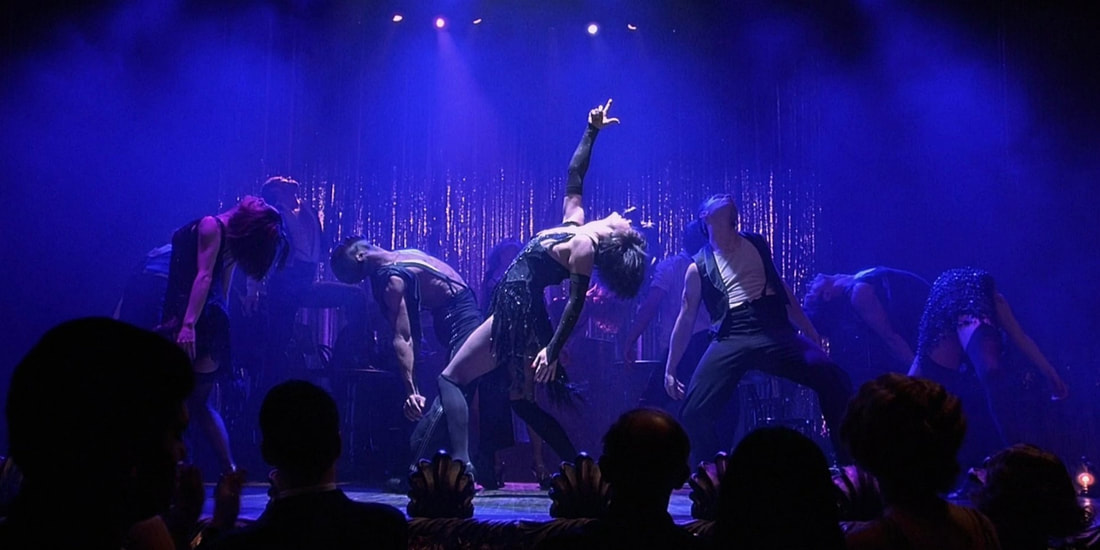 The last musical to win Best Picture, and the first since “Oliver!” in 1968, “Chicago” remains a success on a massive scale. The film feels so big and bold, a true throwback to the era it’s portraying. It’s sexy. It’s grand. And don’t forget about all that jazz! Huge setpieces transport you into this world. A massive, outstanding cast executes each role to perfection. “Chicago” dazzles in every way, feeling both traditional and unique at the same time. It’s a wonderful adaptation that adds so much magic. Since it’s release, the film has continued to endure making it feel just as energetic and spectacular years later. 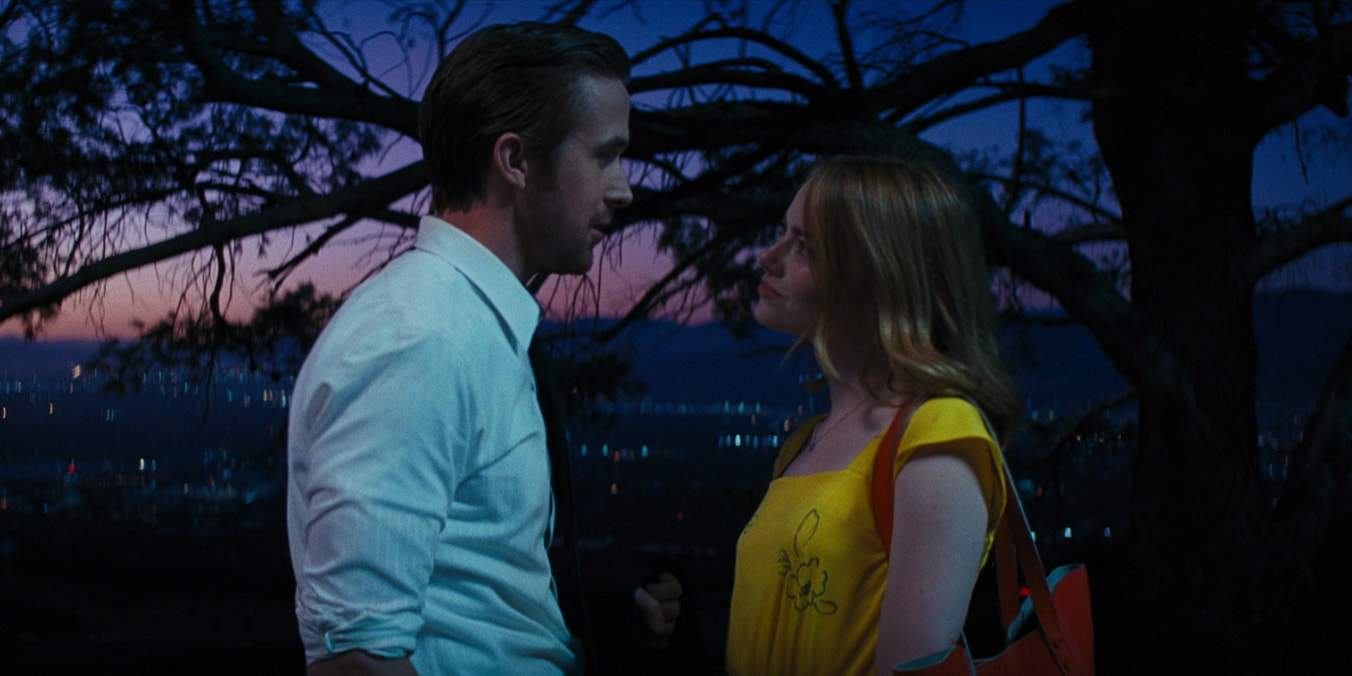 “La La Land” is the best film musical of the 21st century for its originality and charm. This film is unapologetically romantic making it a breath of fresh air. The music is old school, jazzy, and unbelievably lovable. Damien Chazelle directs with pure confidence, knowing exactly the story he wants to tell. Emma Stone and Ryan Gosling make for a perfect pair, with some of the most effortless chemistry ever put on screen. It’s not afraid to be romantic about art and dreams, but it also doesn’t shy away from life’s melancholy and heartbreak. Bright colors, beautiful locations, flawless music – “La La Land” is endlessly rewatchable. It’s also one of the only film musicals that truly feels of the 21st century. It’s not a period piece or an adaptation of an existing musical. It’s a modern musical made for right now all from the mind of a still young and truly gifted filmmaker. Despite its now infamous Best Picture slip-up at the 89th Academy Awards, “La La Land” was already hailed as a modern-day masterpiece upon its release and will continue to endure as a classic for years to come. And the label will be well deserved.

So what do you think of our list? Do you disagree? Were there any musicals missing? Let us know your thoughts in the comments section down below.