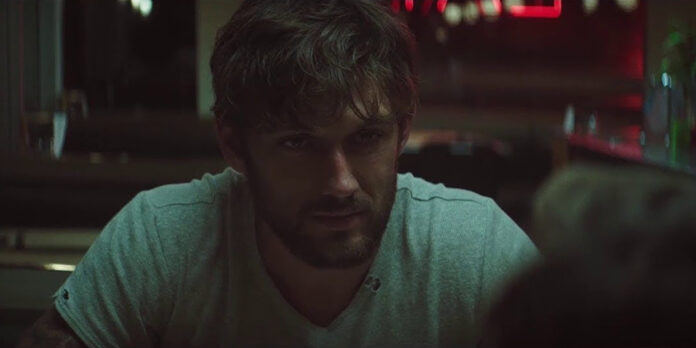 THE STORY – Mysterious events surround two brothers as they travel across America. On the surface, everything seems normal, but what appears to be a simple vacation soon gives way to dark and complex truths.

​As “The Strange Ones” begins, we are introduced to a random edit of images: a spilled can on the floor, a burning house and the face of a young actor James Freedson-Jackson who slowly, as the film progresses, emerges as a talent to watch with this deeply disturbing and challenging film. A methodical pace, that forces the viewer to put their own thought and emotion into the film, one could be proven correct for saying that “The Strange Ones” is too hollow, too vague, too oppressively bleak and contains very little merit for enduring such an experience. But for those who enjoy cinema that lingers on long after they have watched it (And not in the most comfortable of ways), then “The Strange Ones” might just be what the nightmare doctor ordered.

Two brothers, one still a young boy (James Freedson-Jackson) and the other a much older adult (Alex Pettyfer), are traveling to a desolate cabin in the woods while evading the law. They keep to themselves and don’t really talk all that much to each other. When the two arrive at their destination, the law finally catches up with them taking the audience on a grim and haunting exploration through the past trauma that binds these two brothers together, and thus revealing that not everything is exactly as it seems.

For its entire first half, I was just about ready to call “The Strange Ones” a pretentious bore with vague dialogue exchanges that lead to little in the way of character or plot. It’s very stripped down and minimalistic cinema down to its core. However, a sudden shift in the story leads to clarity within some of the vagueness and opens up the conversation to something much more troubling and dark. But just as some questions are answered, new ones are asked as the film keeps changing perspectives and plays around with memory and trauma. After a certain point, we start to question what is really happening and what is not. The effect of which can be disorienting but achieves its desired effect of putting you in the lead character’s headspace and forces us to confront the same unimaginable horrors that the protagonist is facing.

Jeremiah is played by James Freedson-Jackson with a dull numbness that upon first initial impression feels like the hallmark of a young actor giving a tonally imbalanced performance. However, as the layers begin to peel back and we slowly begin to understand the trauma that this young kid has gone through (Whether he wished them upon himself or not), his performance becomes more revelatory and interesting. Alex Pettyfer plays his mysterious older brother with a dark history as well which he is trying to outrun. His performance is effective in the sense that it is impenetrable but it also does not benefit in the same way James Freedson-Jackson’s does as the story progresses.

Overall, “The Strange Ones” is your typical small, independent, art-house psychological thriller that is more disturbing than scary, more challenging than entertaining and in my humble opinion, more rewarding. Seeing trauma get portrayed on screen through other means within the filmmaker’s capability other than performance and writing, is a treat to see. It is a bold and confident debut from a directing duo (Christopher Radcliff and Lauren Wolkstein) whose next piece of work, I look forward to digesting as much as this one.