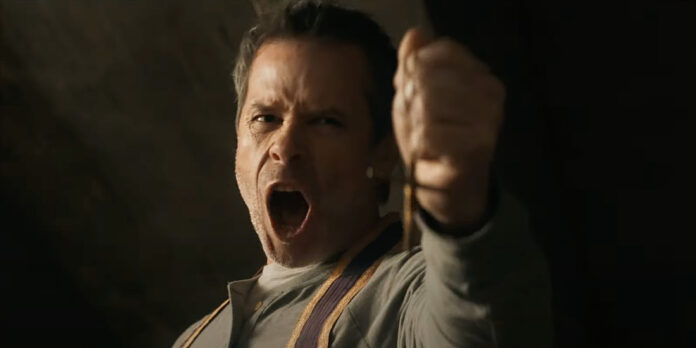 THE STORY – A rookie priest arrives for his first day of training with a renowned exorcist. As they plunge deeper into hell on Earth, the lines between good and evil blur and their own demons emerge.

​Ever since “The Exorcist” spider-walked its way into audiences’ hearts almost 50 years ago, exorcisms have become common fodder for horror movies. They usually serve as a smart way to merge otherworldly horror with religious-based existentialism. But no film on the subject has yet to top William Friedkin’s original. “The Seventh Day” is the latest film to try and take its place alongside the horror classic. This new film makes it clear just how indebted it is to “The Exorcist.” It features a pair of priests, one of whom is new to exorcisms, and the other is more experienced and world-weary, and the central character who has been possessed is a young child. Unfortunately, such similarities only make “The Seventh Day” pale compared to “The Exorcist” and other more successful films in this horror subgenre.

The young Father Daniel (Vadhir Derbez) is placed alongside experienced exorcist Father Peter (Guy Pearce) to get some hands-on training. As they seek out evil hiding in plain sight, they find themselves wrapped up in the case of a young boy named Charlie (Brady Jenness), who was seemingly possessed before committing a brutal murder. It’s up to the pair of priests to save the boy’s soul before it’s too late.

The most important thing a horror movie needs to do is be scary. I’ve seen plenty of incompetently made films that had a few decent scares in them, and sometimes that’s all I need to give it even the slightest of recommendations. “The Seventh Day” is, regrettably, just not very scary. It features a few half-hearted jump scares that frankly didn’t work on me, and its general tone doesn’t do enough to bring a sense of dread to the film, which might otherwise make up for its low fear factor. There are some disturbing moments, like when we see a handful of possessed characters that exhibit uniquely disturbing behavior, and we see upsetting things happen to their bodies. Some of these instances of physical distress are unlike anything I’ve seen before in other exorcism movies. While these moments may not have been exactly scary, they did effectively gross me out. I’m not a squeamish person, so I have to respect the film for this achievement.

But other than these nasty bits, the film is fairly unremarkable. The story takes a few new turns for an exorcism film, but nothing so impressive it would make it worthy of recommendation. Not only is it not very scary, but the acting from the two leads is flat and uninteresting. Pearce has some moments where it seems like he’s having fun, but both his energy and accent are all over the place. And Derbez is, unfortunately, not a very captivating lead. He never quite conveys the level of fear necessary to make the audience feel equally scared. The film around him doesn’t do him any favors in that department, but a more convincingly frightened performance could’ve sold some of the more lackluster scares a little better.

“The Seventh Day” is a devilish disappointment. It’s basically “Training Day” meets “The Exorcist” and, as intriguing as that premise may sound, it never lives up to the legacy of either of those films.