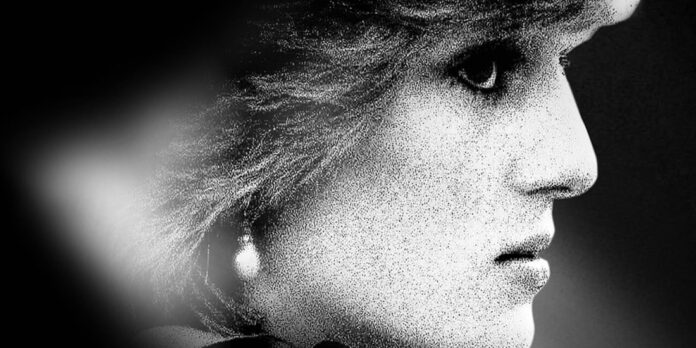 THE STORY – Decades after her untimely death, Princess Diana continues to evoke mystery, glamor, and the quintessential modern fairy tale gone wrong. As a symbol of both the widening fissures weakening the British monarchy and the destructive machinery of the press, the Princess of Wales navigated an unparalleled rise to fame and the corrosive challenges that came alongside it. Crafted entirely from immersive archival footage, this hypnotic and audaciously revealing documentary takes a distinctive formal approach, allowing the story of the People’s Princess to unfold like never before.
​
THE CAST – N/A

​
As much of an enigmatic figure as she sometimes appeared to be, no one can say “we hardly knew ye” about Princess Diana. In her life, she was one of the most photographed celebrities in history, and in over two decades since her death, there has been no sign of the fascination surrounding her slowing down anytime soon. In fact, she is currently experiencing a bit of a resurgence of cultural interest, thanks to movies, TV shows, and the unending headlines concerning the royal family’s recent troubles and controversies. As such, the new documentary “The Princess” may appear a bit unnecessary at first glance. After all, what unique insight could possibly be found in a story so firmly situated in the spotlight? Director Ed Perkins seeks instead to summarize and recontextualize the tragic fairy tale of the Princess of Wales, and in that sense, he may have constructed the definitive fact-based account of her story.

The daring central concept of “The Princess” is that there’s hardly any apparent concept at all. The straightforward documentary features no talking heads and no retrospective commentary; it is made up of entirely archival footage, composed of news pieces, paparazzi video, and voiceover clips from the past. The film starts with footage of the moments before the deadly car crash, then jumps back in time to her engagement to Prince Charles, after which it proceeds chronologically through the significant events that made up the rest of her all-too-brief life.

Observed in order, the building pressure of fame and severe lack of privacy pile upon Diana in an almost unbearable fashion. The click of camera shutters is heard as frequently as bullet sound effects in a war movie, with the aggressive lightning of the flash always following as if in the middle of a constant thunderstorm. This is perhaps the most valuable aspect of “The Princess” – when the onslaught of the press is viewed in an intense, successive montage, it’s difficult not to feel as if one is experiencing a morsel of what Diana went through every single day.

A surreptitiously smart choice the film makes is not to identify any of the people shown or heard speaking. None of the news programs are explicitly named and all opinions voiced aren’t given a source. This, at first, appears to muddy the film’s focus. Still, when taken as a whole, it provides a subtle reflection of why exactly the mass public’s opinion of the monarchy is so essential to its continued existence. The overwhelming vox populi serves as a surprising metaphorical portrayal of the anonymous mass public opinion, which, by the royals’ own admission, shapes the perception of the monarchy and thus their actions and reactions. Power cannot exist without a group over which they may rule, and “The Princess” shows that those under the thumb of power may still exert authority over the hand pressing down.

While some aspects of its filmmaking are subtle and sneak up on the audience, this documentary relies far too often on the irony and grim foreshadowing of Diana’s shocking death. There are many shots of Diana in lingering close-ups, catching what appears to be a flash of discomfort or stress. The intention is obvious – when presenting a story where the audience knows the ending, it can be impactful to discover and present moments that may hint at what’s to come. However, this isn’t too different from what the bloodthirsty press did to Diana at the time. The film even shows reporters and commentators making mention of Diana’s small expressions and physical gestures and drawing overdramatic conclusions from them. This is a common problem in depictions of the famed Princess. Too often, her life is mournfully framed around her end, and all aspects of her existence are portrayed as looming under the shadow of the oncoming disaster (see “Spencer” for an example of this very tiring method of biographical filmmaking). Thankfully, “The Princess” still finds moments to highlight between the two big events that so often define how she’s remembered: The Wedding and The Death. Notably, her charity and humanitarian work are given their proper due.

“The Princess” is an exercise in sympathy that doesn’t seek to unearth anything new about the Princess Diana story. Instead, it successfully focuses on how her life was structured around fame and how she sought to both work within its confines and break free from it.

"The Princess"<strong>THE GOOD</strong> - By presenting Diana's story in chronological order and told entirely through archival footage, the extreme pressure she was under by both the royal family and the aggressive press is practically transferred onto the audience. It is a sympathetic look at one of the world's biggest celebrities that presents its subject in a refreshingly matter-of-fact fashion.<br><br> <strong>THE BAD</strong> - The film cannot help but occasionally make the easy choice of highlighting footage that leans a bit too heavily on irony and depressing foreshadowing.<br>​<br> <strong>THE OSCAR PROSPECTS</strong> - None<br><br> <strong>​THE FINAL SCORE</strong> - 7/10