The Piracy Plague: Why Have We Seen A Rise In Piracy? 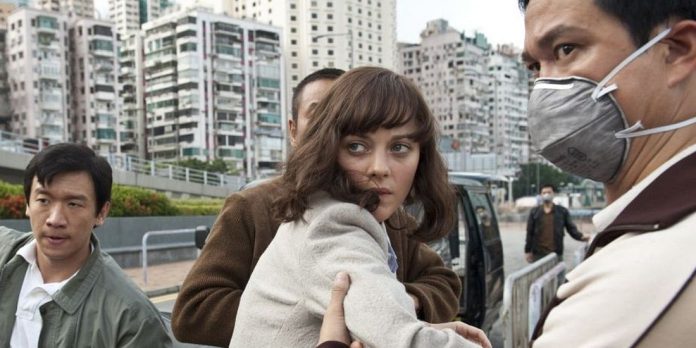 ​There’s a pandemic that the film industry has been battling for decades now, and its existence threatens the very foundations of an already struggling industry. Recent reports have commented on the role that the Coronavirus pandemic is having on the film industry in regards to certain film release dates being pushed back and productions being placed on hold. However, perhaps the biggest threat to the industry is the dramatic rise of online film piracy. Since the world went on lockdown, there has been a recorded increase in films being downloaded illegally. The UK’s intellectual property protection organization reported that “overall links to illegal streaming sites have doubled between February and April.” Ironically, one of the most downloaded films to have seen a swift increase is “Contagion” (2011) which saw an increase in downloads of 151%.

While we may be quick to assume that the recent increase of torrenting and illegal downloading is the result of people being stuck indoors with nothing to do, the rise of online piracy has been occurring long before COVID-19. Increasingly, in a world of streaming services such as Netflix, Hulu, Disney+, and Apple TV+, many struggling consumers feel that there are too many options and far too many subscriptions for them to maintain. You may only wish to watch certain shows, whether that be “The Mandalorian” on Disney+, “Tiger King” on Netflix, and “The Handmaid’s Tale” on Hulu, but that’s three subscriptions to three separate streaming services. With these uncertain economic times, people are making tough decisions especially when it comes to how they source their entertainment. A few short months ago you would have barely batted an eyelid at the thought of a $15 subscription, but now, every penny counts.

As previously stated, piracy is nothing new and it’s been around long before the streaming wars and COVID-19. In fact, it’s something that the film industry has been fighting a losing battle with since the very birth of cinema, and artists were even battling with copyright issues before the invention of the moving image – the very first copyright laws were passed in 1662.

Since cinema’s early days, there have always been issues with copyright, and back in the 1900s and 1910s, everybody seemed to be “borrowing” from each other. This usually involved people making dupes, or sometimes blatant shot-for-shot remakes of films, which led to some studios painting the logos onto the film backdrops so viewers would be aware of their authenticity. Novels such as “Ben Hur” and “Alice in Wonderland” were adapted without the authors’ permission, which led to those authors not receiving any of the profit from the films. And, in some instances, people actually made remixes of movies by slicing together other reels of films.

Things settled down once the studio system was implemented; however, piracy was still around in some form or another. Film studios used to throw away old reels of film, and this led to people collecting them and illegally distributing them. It was a highly profitable business with a 16mm print of “West Side Story” being priced at $575, approximately $4,475 with inflation.

​As technology developed, pirates didn’t have to dive into dumpsters to find their booty. They began using camcorders to copy movies shown in theaters in a process known as “ripping,” a term that’s still commonly used in online piracy. Usually, with bootleg footage, the sound is of poor quality via a camera’s microphone. However, pirates have gotten around this by synchronizing the cam ripped footage with a second recording where the pirate would use professional microphones to record the sound without an audience present.

Piracy has evolved dramatically since the birth of the internet. The release of Napster in 1999 caused a rapid upsurge in online piracy of music, films, and television – though it always maintained a focus on music in MP3 format. However, Napster was very short-lived, and it wasn’t until the arrival of BitTorrent in 2003 that the world of online film piracy really took off. To those unfamiliar with BitTorrent, it’s one of the most common protocols for peer-to-peer file sharing (P2P), which means you can easily transfer large files such as digital video files containing TV shows, video clips or digital audio files containing songs.

In order to download files via BitTorrent, and to use a torrent index is probably easier than you think, you don’t need to go and venture to the Dark Web; a quick Google search will point you in the right (or should that be, wrong) direction. Perhaps, the most well-known torrent index is The Pirate Bay which was founded in 2003 by a Swedish think tank, Piratbyrån. The Pirate Bay allows visitors to search, download, and contribute magnet links and torrent files, which facilitate peer-to-peer (P2P) file-sharing among users of the BitTorrent protocol.

If you were to go to any torrent index site, you would be greeted by a range of different types of files you could download. The newer the film, the more likely it is that the quality isn’t great. Newer releases tend to be bootleg footage, but another common movie pirate method is copying screener DVDs. Studios and production companies often release promotional copies of a film for critics and industry people to review in advance, and sometimes these copies find their way onto BitTorrent sites. This has actually ended up in legal court cases where the studios have sued those who have illegally distributed these screeners – the most famous example being Warner Bros v. Innovative Artists.

​Prior to the ongoing streaming wars, piracy had actually been on the decline. According to Brian Feldman’s article, “Piracy is Back,” the reason for this decline was because “the legal options for consuming media became easier than the illegal options.” Online torrent sites had to adapt to match up with streaming sites such as Netflix. In “Wired”’s article, “To compete with Netflix, online piracy is upping its game,” it’s reported that these sites changed their dashboard to make it more accessible and more inviting for users, and streaming sites’ attitude towards account sharing has changed people’s attitudes towards illegally downloading files because it doesn’t exactly feel like you’re committing a crime.

As Feldman points out, the rise of streaming services means that content is too spread out for consumers and the “legal options for media consumption are once again becoming overly burdensome in both a financial and logistical sense.” As a result, “the best-centralized place to find media is, once again, through piracy.”

So, what damage does piracy do to the film industry? Well, estimates vary, but the industry insists that it loses anywhere from $1.3 billion to $6.1 billion to movie piracy globally every year (prior to the events of 2020). The effects of the spike in illegal downloading due to the Coronavirus outbreak won’t be known for quite some time, but it could be catastrophic; however, there are attempts to curb the spread of piracy. According to “Deadline,” in the U.K., Uber has partnered up with the UK exhibitor Curzon to launch “a cinema food delivery initiative” that will allow customers to create their own moviegoing experience in their living rooms. Will this be enough to keep the pirates at bay?