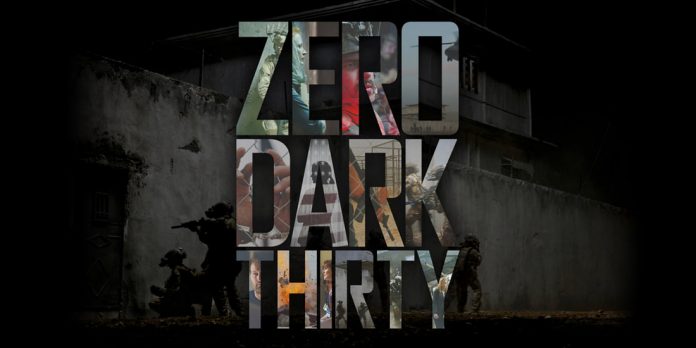 As promised at the conclusion of the 2021 awards season, we have our first of ten NBP Podcast reviews for our 2012 retrospective, which will be running from now until the end of the summer. That first film is Kathryn Bigelow’s follow-up to her Oscar-winning film “The Hurt Locker,” titled “Zero Dark Thirty,” which saw her re-team with Academy Award-winning screenwriter Mark Boal. With a large ensemble cast led by Jessica Chastain, Bigelow’s film ignited a ton of controversy upon its release, making for one of the most spectacular rises and falls in awards season history. What do we think of the film ten years later? We discuss the direction, writing, editing, Chastain’s performance, and more in our review. Joining me for this podcast retrospective review, I have Josh Parham, Lauren LaMagna, Dan Bayer, and guests Nadia Dalimonte and Charles Bright. We hope you enjoy our first of many discussions on the film year that was 2012. Thank you!
​
This is a preview of the podcast, the full version of which is only available to those who subscribe to us on Patreon. For the small price of $1 a month, you can receive this review along with other exclusive podcast content, so be sure to subscribe here.
​
Thank you so much for listening. The Next Best Picture Podcast is proud to be a part of the Evergreen Podcasts Network. You can subscribe to us on SoundCloud, Apple Podcasts, Spotify, Stitcher, GooglePlay, Tunein, Player FM, Acast & Castbox or you can listen down below. Please take a moment to review us on Apple Podcasts here.