The Next Best Picture Podcast – “Selma” 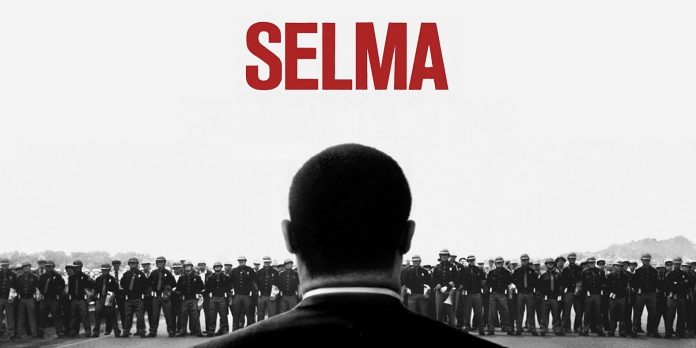 Last year, we did a podcast series on the year 2015 (the year before NBP launched) which was met with an ecstatic response from all of you. So now, we are officially back with our first of many podcast reviews from the year 2014 as we highlight the films that were up for Academy Awards. First up is Ava DuVernay’s third feature length film “Selma.” Nominated for two Academy Awards (Best Picture and winning for Best Original Song), the film has been unfairly underrated for all of these years. Myself, Nicole Ackman, Josh Parham, Dan Bayer & guest Sharronda Williams (from Pay or Wait) discuss the film’s awards run, its performances from its sprawling cast, the historical accuracy, what its powerful true story still means to us today and more. We hope that you will take the time to revisit this greatly under appreciated and highly regarded film.
​
This is a preview of the podcast, the full version of which is only available to those who subscribe to us on Patreon. For the small price of $1 a month, you can receive this review along with other exclusive podcast content, so be sure to subscribe here.
​
Thank you so much for listening. You can subscribe to the Next Best Picture Podcast on SoundCloud, Apple Podcasts, Spotify, Stitcher, GooglePlay, Tunein, PlayerFM, Acast & Castbox or you can listen down below. Please take a moment to review us on Apple Podcasts here.

You can follow Matt, Nicole, Josh, Dan & Sharronda and hear more of their thoughts on the Oscars and Film on Twitter at @NextBestPicture, @nicoleackman16, @JRParham, @dancindanonfilm & @payorwait