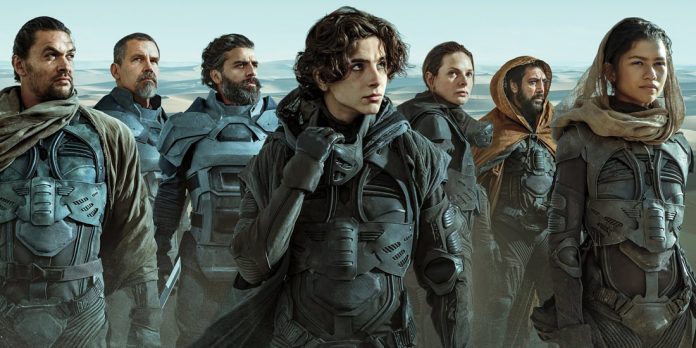 Denis Villeneuve’s “Dune” is a high artistic achievement not just for 2021 but in the annals of cinematic history. It was a massive undertaking to adapt Frank Herbert’s classic sci-fi novel for the big-screen (and this is only the first half of the story), but it paid off with solid box office results, tons of awards season buzz, critical acclaim & the announcement from Warner Bros. that “Dune Part Two” has officially been greenlit. Shortly following the news of this announcement, I had the pleasure of speaking with Villeneuve about his latest film. At the same time, my colleagues Will Mavity and Daniel Howat conducted interviews with two of the film’s awards season contenders, makeup designer Donald Mowat and visual effects supervisor Paul Lambert respectively. We hope you enjoy these three conversations taking you deeper into the world of “Dune,” which is now available to rent and own at home on 4K UHD. Enjoy!

You can follow Matt, Will & Daniel and hear more of his thoughts on the Oscars and Film on Twitter at @NextBestPicture, @mavericksmovies & @howatdk