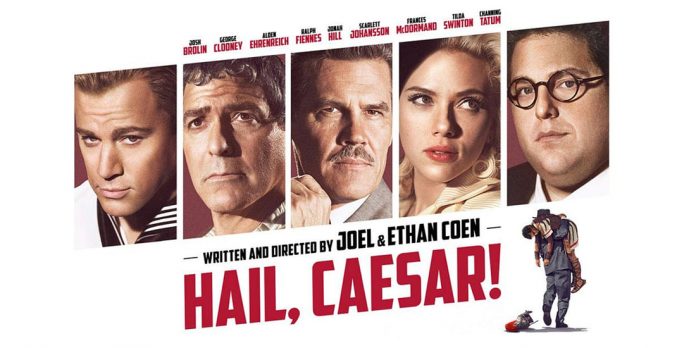 As previously announced, we are diving back into the year 2016 with a few missing podcast reviews which we did not complete the year the site launched. This will culminate in NBP Film Community Awards and awards voted on by the staff towards the end of October. Next up is our review of the Coen Brothers’ look back on 1950s Hollywood with “Hail, Caesar!” starring Josh Brolin, George Clooney, Alden Ehrenreich, Ralph Fiennes, Jonah Hill, Scarlett Johansson, Frances McDormand, Tilda Swinton & Channing Tatum. A screwball comedy with religious symbolism and many memorable scenes, how does it all come together for the Next Best Picture team? Joining me to discuss I have Nicole Ackman, Michael Schwartz, Josh Parham, Dan Bayer, Ryan C. Showers & Patreon guest Paul Meredith. Take a listen below and let us know what you think. Also check out our previous 2016 reviews of “20th Century Women,” “Paterson” & “Captain Fantastic.” Thanks!
​
This is a preview of the podcast, the full version of which is only available to those who subscribe to us on Patreon. For the small price of $1 a month, you can receive this review along with other exclusive podcast content, so be sure to subscribe here.
​
Thank you so much for listening. You can subscribe to the Next Best Picture Podcast on SoundCloud, Apple Podcasts, Spotify, Stitcher, GooglePlay, Tunein, Player FM, Acast & Castbox or you can listen down below. Please take a moment to review us on Apple Podcasts here.

You can follow Matt, Nicole, Michael, Josh, Dan, Ryan & Paul and hear more of their thoughts on the Oscars and Film on Twitter @NextBestPicture, @nicoleackman16, @mschwartz95, @JRParham, @dancindanonfilm, @rcs818 & @paul_shrupert