The Next Best Picture Podcast – “Drive My Car” 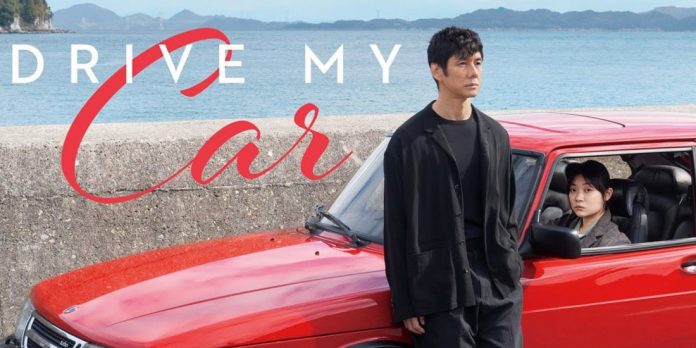 “Drive My Car” had its world premiere at the 2021 Cannes Film Festival, winning the Best Screenplay prize. Then it went on to play at various other festivals before making history as the first Japanese film to be nominated for Best Picture at the Oscars. With wins from the New York Film Critics Circle, Los Angeles Film Critics Association, and National Society Of Film Critics for Best Film, Ryusuke Hamaguchi’s nearly three-hour-long meditation on grief, regret, and artistic expression is one of the best-reviewed films of the year, also securing Oscar nominations for Best Director, Best Adapted Screenplay and Best International Feature Film. Josh Parham, ​Dan Bayer, Tom O’Brien & guest Jonathan Fujii aka. “The Film Drunk,” joined me to discuss the film’s themes, characters, filmmaking style, and more. If you have not yet seen the film, you can stream it currently on HBO Max. We highly recommend you do so before listening to our spoiler-filled review. Once you do, please come back, take a listen down below and enjoy!

​This is a preview of the podcast. The full version is only available to those who subscribe to us on Patreon. For the small price of $1 a month, you can receive this podcast along with other exclusive podcast content, so be sure to subscribe here.

Thank you so much for listening. The Next Best Picture Podcast is proud to be a part of the Evergreen Podcasts Network. You can subscribe to the Next Best Picture Podcast on SoundCloud, Apple Podcasts, Spotify, Stitcher, GooglePlay, Tunein, PlayerFM, Acast & Castbox or you can listen down below. Please take a moment to review us on Apple Podcasts here. And if you’re feeling generous and you enjoy what you hear and want more, please help to support us on Patreon for as little as $1 a month and you’ll receive some exclusive podcast content.

You can follow Matt, Josh, Dan, Tom & Jonathan and hear more of their thoughts on the Oscars and Film on Twitter at @NextBestPicture, @JRParham, @dancindanonfilm, @thomaseobrien & @thefilmdrunk