“THE MAP OF TINY PERFECT THINGS” 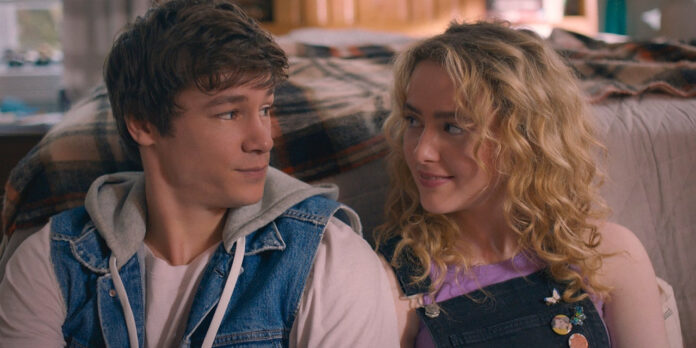 THE STORY – Two teens who live the same day repeatedly, enabling them to create the titular map.

​Look, it is entirely possible that no one involved in making “The Map of Tiny Perfect Things” knew that “Palm Springs” existed or what it was about when they decided to make a film of Lev Grossman’s short story about two high schoolers trapped in a time loop together. It is also entirely possible that they had no clue while filming in Alabama in early 2020 that humanity would be trapped in their own personal time loops for over a year of social distancing, mask-wearing, and quarantining. But “Palm Springs” and its remarkably similar plot does exist, and the world did sink ever further into the worst possible timeline after this film wrapped. None of this is Grossman’s fault (who adapted his work for the screen) or director Ian Samuels. Still, the world their film is finally being released into feels like both the best and worst time for their film to be released – a difficult position for any film but an especially difficult one for an above-average-but-not-instant-classic teen rom-com. How does a sweet, clever, generally appealing little wisp of a film stand out among the glut of streaming releases less than a year after a much flashier, similarly-themed film was released on the heels of incredible buzz coming out of Sundance? Apparently, it just kind of sits back and does its thing.

Mark (Kyle Allen) is your typical apathetic teen who thinks he has everything figured out. Except that he actually kind of does, seeing as how he’s lived the same day over and over again so many times that he has worked out the exact timing of seemingly everything that happens in his small town. But one day, something happens that has never happened before: A girl, Margaret (Kathryn Newton), crosses his path, and she is also aware of the temporal anomaly in which they’re living. Against her better judgment, he weasels his way under her skin and charms his way into her heart just enough that she agrees to help him find all the “tiny perfect things” that happen in the town on this one day. Throughout their time together, each gets the other to expand their worldview just enough to grow and become a better person, but will they ever break out of the time loop?

Yes, it’s the same basic time loop rom-com plot we’ve seen before, but it’s pulled off with no small amount of charm, thanks to the two leads. Allen has a sort of loping, gangly amiability that goes a long way towards off-setting the fact that Mark isn’t the brightest crayon in the box. Newton finds the perfect sweet spot between the Cool Girl and Manic Pixie Dream Girl archetypes to make Margaret feel like someone you would actually want to get stuck in a time loop with. The two have good chemistry with each other, but the film grinds to a halt whenever they’re in a scene with someone else. This isn’t the fault of the supporting players so much as it is the screenplay, which cares not a whit for any other characters except as plot points and exposition dumps. Of course, the screenplay is also very obviously holding things back in the early going for a late-film reveal, which would be annoying except for the fact that what it does with that reveal actually does reframe the characters and everything that has come before in a creative, interesting way.

Said reveal does take things in more of a treacly direction than the energetic, joyfully scored, crisply edited first hour or so would lead you to expect, but the film’s charm carries it through. “The Map of Tiny Perfect Things” never aspires to be anything more than what it is, and it’s mostly because of that that it ends up working as well as it does. The story is in large part about appreciating the beauty in the little things all around you, and the film very much adopts that quality for itself, always preferring to take the volume down a notch where other films would turn it up. This, unfortunately, extends to the look of the film, which is washed-out in a way that suggests that someone was going for pastels but hit the diffuse button a few too many times during color correction. That one gripe aside, the film is in many ways a tiny perfect thing itself, a piece of mostly solid craft in service of a primarily solid story that has one very neat little trick up its sleeve. Its pleasures may be small, but they’re still pleasures all the same.