The Legacy Of Natasha Romanoff: The MCU’s First Black Widow 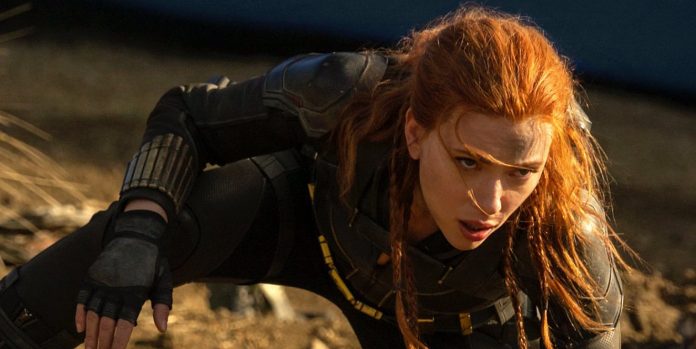 I am going through a breakup. Not literally, but it certainly feels that way. After eleven years in the Marvel Cinematic Universe (MCU), Scarlett Johansson makes her final curtain call as Natasha Romanoff in “Black Widow.” It is a movie that I, personally, have wanted for seven years, and I am still in disbelief that it actually exists in the world. But, with my feelings aside, it is without question that Romanoff was the best choice for the MCU’s first female Avenger. One of which is because of her complicated and specific story.

Even though Romanoff has had many interpretations since her first Marvel appearance in 1964, her foundation has always remained the same: a spy who was running from her past. It is unlike any origin story within the superhero genre where a child witnesses their parents’ murder, interacts with a toxic chemical, or undergoes any experimentation. However, I will note that in different issues, Natasha is injected with the Red Room’s version of the Super-Solider Serum, but unlike Bucky and Steve, it isn’t the reason she becomes a Black Widow. Natasha’s story was never that simple. It has always been layered and mysterious. Unlike other comic stories where the themes were right there on the page, this method of storytelling required its audience to work to figure out what exactly this woman stood for.

I don’t remember the first time I meet Natasha Romanoff. Like most comfort characters, she was always just there for me. If I had to guess, it was probably in the 1966 cartoon “The Marvel Super Heroes.” Back then, Black Widow was a brunette and resembled D.C.’s Cat Woman, another sly character that I enjoyed watching as a child. But that was it. My fascination with the character didn’t build until I got older because, in my opinion, her story is one of the more mature arcs in Marvel’s canon. Yes, she is a woman who is, at first, running from her past while saving the world, but she is also a woman who is fully grasping what she did in the past, realizing she was on the wrong side of history, and having the courage to fight for the good guys, and develop a free will.

Natasha’s storyline is one of redemption and maturation, which is why her story was much more impactful to me as I got older. At the time, I skipped “Iron Man 2,” so my MCU introduction to Natasha was in “The Avengers” at age 14. I was on the cusp of middle adolescence and about to enter the big world that is high school. I was scared, lost, and had no idea who I was or what I stood for. So when I watched Natasha, a former KGB assassin who was raised to literally be a gun for hire, save Earth and all of humanity, I finally understood the power of the Black Widow, which is the fact that one’s past does not define you and that you are not bound to your roots. In fact, you have the agency to uproot and plant yourself in fertile grounds. This is precisely what Natasha decides to do when she answers Hawkeye’s question about why she wants to fight Loki. Her answer, “I’ve got red in my ledger, and I’d like to wipe it out.”

From that point on, we see Natasha make active decisions about what she wants to do with her life and develop deep, solid relationships with the other Avengers, which is exactly what I was doing for the first time in my life. Teenagers and adolescences, just like Natasha, are making decisions entirely on their own for the first time and distancing themselves from their families. They are developing friendships that will hopefully last the rest of their lives and becoming the person they want to be instead of doing what their parents or guardians want them to do. Development-wise, Natasha is on the same wavelength as a teenager. Watching a character go through a similar journey and becoming a self-actualized individual with deep trusting relationships is incredibly powerful (it also doesn’t hurt that she’s simultaneously kicking butt at the same time).

Albeit, it is a slow build within the MCU which also requires the audience to pay close attention during her scenes (and potentially outside research). Natasha is a subtle character who only says what she needs to say but is constantly calculating and thinking about the next steps. And if you don’t pay attention to that one line of dialogue or scene and understand the true meaning, you might miss the character development. It is that quick and small. It is also important to note that Natasha has had a pretty inconsistent journey within the MCU, jumping from creatives that either really know the character or completely miss the mark, resulting in her to classic tropes women in the genre, unfortunately, subside in. This uneven adaption has resulted in some people missing Natasha’s story altogether, which is disappointing but understandable. But the ones that do resonate with it cling to it with passion. This is why fans have wanted to see Natasha’s own story and world for so long.

Soon, we will be finally seeing Natasha’s world on the big screens or in the comfort of our own home through Disney+ Premiere. The nine-year movie campaign is finally ending with a success.  But, it is also most likely Scarlett Johansson’s final MCU film which means it is probably the last time we will see Natasha Romanoff in the MCU, which is heartbreaking. Although I can’t help but think that Kevin Feige is about to open the multiverse, the Black Widow Program is known for cloning their spies as well as face-swapping. Because Natasha is currently trapped in Soul World, which would be a great way to introduce a Marvel favorite, Adam Warlock (denial is one powerful emotion), I have accepted that this is most likely the end of the road for Marvel’s most famous Black Widow, which is why this feels like a breakup. I don’t want her to leave; one never wants to part ways with a comfort character because they do just that: bring us comfort.

Although I know that Natasha Romanoff will never be gone and continue to live in many more comic issues, I can still stand back and appreciate the founding Avenger’s legacy. I see it in the number of female superheroes in the MCU and beyond, none of which wouldn’t exist on our screens in the capacity they do if people didn’t connect to Natasha, who was brought to life perfectly by Scarlett Johansson and Heidi Moneymaker. I see it in the little girls dressed up as Black Widow for Halloween and the Avenger merchandise that feature her (which wasn’t the case a few years ago). I see it in myself because I, like Natasha, have (hopefully) grown. So even though I don’t want to say goodbye on July 9th, I will do what Natasha would do: accept the past for what it was, appreciate the lessons along the way, and firmly step forward.
​
Have you seen “Black Widow” yet? If so, what do you think? If not, are you planning on seeing it this weekend? What do you think will be Scarlett Johansson’s legacy with this character on the MCU? Let us know in the comments section below or on our Twitter account.