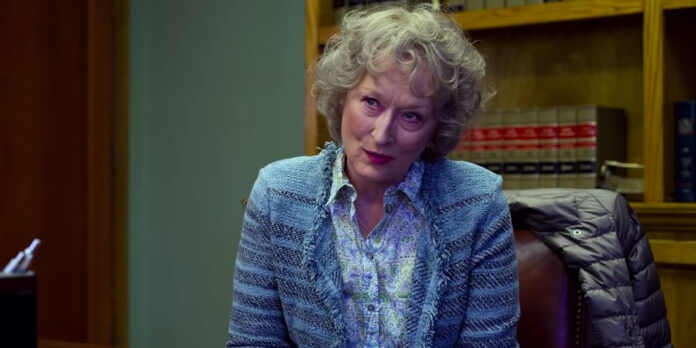 ​​​​Steven Soderbergh’s films are never quite what they appear to be. “Ocean’s Eleven” and it’s sequels are not just heist films, but celebrations of the beauty and artifice of movie stars. “Erin Brockovich” isn’t just a character study, it’s a commentary on class disparity. “Magic Mike” isn’t just about male strippers, it’s about how the American Dream of being able to pull yourself up by your bootstraps has changed. And underneath all of these stories and themes is a love of process, of how these worlds work, and how our protagonists work in them.

“The Laundromat,” Soderbergh’s latest, is perhaps the most process-oriented film he’s made yet. Taking the story of the infamous Panama Papers exposé, Soderbergh and screenwriter Scott Z. Burns have made a tongue-in-cheek slice of meta cinema that takes the form of an instructional video about how to launder money through shell corporations. Antonio Banderas and Gary Oldman – a dream team of charisma and over-the-top accents – serve as our guides through the process, taking us through all the steps of the how-to guide and introducing us to all the players in the game, most notably Meryl Streep’s grieving widow Ellen Martin. Ellen’s husband died in a tragic boating accident, and the boating company’s insurance company is refusing to pay. When she is finally able to move on and finds a great condo in Las Vegas to buy with the meager amount she finally gets, the condo gets bought out from under her by mysterious Russians who paid in cash. This sends her on the hunt for the lawyers who made this happen. Yes it’s all legal, yes it’s complex, and yes Banderas and Oldman’s shady attorneys Mossack and Fonseca are involved.

None of this plays out in a straightforward fashion. The story loop-de-loops backwards and forwards, splitting its time between Ellen’s story and “The Big Short”-like sketches that explain the legal processes involved, which include detours to other characters whose stories don’t really matter other than to put into the most relatable terms what these legal practices mean for those with power and those without. It is more fun and has more staying power than “The Big Short,” but it makes the film scattershot and wildly uneven. Banderas and Oldman serve us some old-school huckster-ish charm that holds the film together, but only just barely. The problem is that Ellen Martin is such a sympathetic character, and Streep is so good in the part, that you want to be with her whenever she’s off-screen, which is often. Not that the film isn’t entertaining in those moments – it is, but Soderbergh is working overtime to make sure of that, and it shows. This is nowhere near as effortless as his best films, but that’s almost mitigated by the crazy level of ambition in Burns’s screenplay. Some of the film looks very purposefully chintzy even as Soderbergh’s camera leads us on some dazzling long tales through beaches, nightclubs, and office buildings, but this is all part of the games the film is playing, which mirror the smoke and mirrors of the legal practices at play here. It’s clever, perhaps too clever, but it’s memorable and it’s done well, even if you can see everyone’s sweat as they work to keep it from falling apart at the seams.

Everyone, that is, except for Meryl Streep. Handed the bulk of the film’s final sequence, a righteous screed against these practices and a call to arms for ordinary citizens to speak out against them, Streep shifts between at least three different personas and makes it all seem effortless. It’s a constantly shifting, go-for-broke, high-risk/high-reward sequence, and it mostly pays off. This type of high-wire filmmaking can be off-putting in its naked show-offiness, but it’s also exhilarating to see an otherwise mainstream film constantly take such big chances.

Those chances and the mileage Soderbergh gets out of them, are either the film’s biggest asset or its biggest liability depending on your point of view. If you can ride with them, you’ll find “The Laundromat” to be probably the most successful, and certainly the most entertaining, of the films about financial wrongdoing made in seemingly direct response to the 2008 recession. This is the work of talented filmmakers and performers firing on all cylinders with passion the material. If it misses just as often as it hits, at least it’s taking some big swings.