“THE HOUSE THAT JACK BUILT” 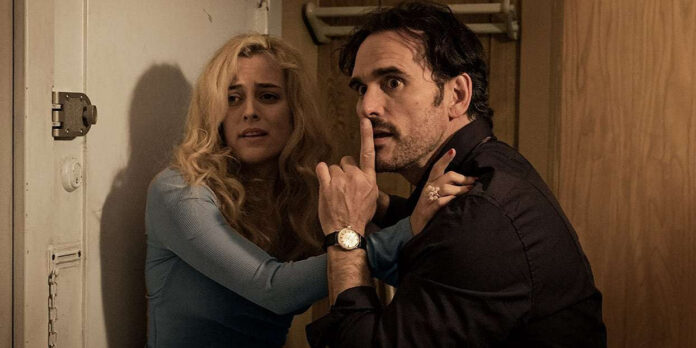 ​​​​In the name of transparency, I have for better or for worse been a fan of the inimitable Danish director Lars von Trier for quite some time now. Von Trier’s 2011 Kirsten Dunst-helmed “Melancholia” was my favorite film of that year, and his 1995 Dogme 95 film, “Breaking the Waves,” is one of a handful of films that I consider “best-of-all-timers.” Even the clit-cutting monstrosity we know to be “Antichrist” (2009), and the deranged mental illness hoax “The Idiots” I considered compelling, if only for their singularity. With “The House That Jack Built,” a serial killer horror-comedy that doubles as meta-criticism of the director’s merit, von Trier essentially puts all his best and worst impulses out on the table. Meaning if you find yourself at all intrigued by the mole-eyed Dane, you’ll certainly find something to chew on, even if mangled bodies aren’t necessarily your thing. As for those of you who find von Trier’s cancellation to be long overdue, well, “Jack” will likely only reaffirm those beliefs.

Von Trier is a big fan of giving chapters to his films, and “Jack” is no exception. The film gleefully disregards these boundaries, as nameless other casualties knock up the body count as Jack describes his accomplishments and insecurities to the attentive Verg. Roughly speaking, and “Jack’s” numbered murders aren’t nearly as compartmentalized as “Nymphomaniac’s” eight installations, the first two chapters (distinguished by two victims played by Uma Thurman and Siobhan Fallon Hogan) establish a sense of Jack’s routines and preferred methods. Important is the feeling of being sequestered from the justice, or even concern, of others, as Jack manages clean getaways in satirical fashion (rain will literally wash away Jack’s sins on one occasion). The third incident, which details the demise of Jack’s only “love interest,” Simple (Riley Keough, who yet again elevates a slender role) re-purposes the trope of the equally at-fault victim in a way that entangles the audience, edging towards the ultimately full-blown self-referential questioning of the final act (complete with full clips drawn from von Trier’s past films).

Naturally “The House That Jack Built” is not for the faint of heart– von Trier defies slasher etiquette by depicting with near cartoonish flair the murder of children, even going so far as to make one such pre-pubescent victim the butt of a joke involving an amateur taxidermy project. For those of us calloused to the gore, guts, and naughtiness of horror films on the high end of the violence scale, I found “Jack” to be disappointingly over-hyped in this respect. “Antichrist” I found to be more provocative and wince-inducing. Nevertheless, victims are indeed reduced to their anatomies (a sliced breast, for instance, is cured and stitched into a leather wallet), and if you’re willing to stand for this conceit, then “Jack” might very well be the comedy experience of the year. Spearheading this devilish effort is a delightfully sadistic Matt Dillon, who manages to make Jack as hilariously absurd as he is terrifying. One cannot help but pray that Dillon continues along a path of similarly unconventional roles.

I wouldn’t be surprised if “The House That Jack Built” was von Trier’s final film; there is a certain retrospective and inward-looking quality to the endeavor that seems to serve as both an apology and a justification for the director’s controversial body of work, as well as his public persona. In any case, for those enthusiastic or simply willing to entertain his latest invention, the payoff is hellishly fun.