Thoughts On The 2018 SAG Awards Nominations 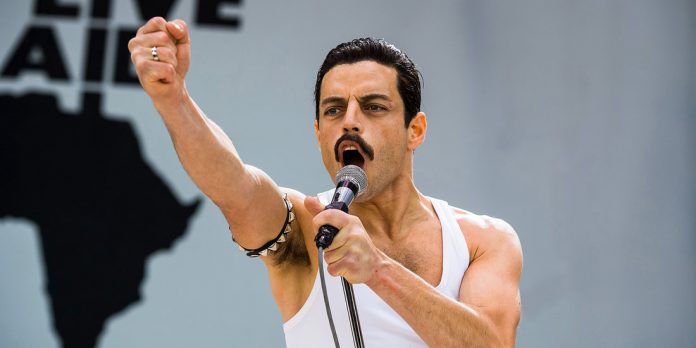 We knew it would be shocking. We knew it would be heartbreaking. But I still don’t think many of us predicted what would happen this morning. With this morning’s nominations from the Screen Actors Guild, we are truly deep into awards season now (Some might even say, we’re far from the shallow now). And if you like your season with twists and turns, SAG definitely delivered.

Let’s explore what these nominations tell us about the state of the Oscar race.

​”A Star is Born” Is Standing Strong
The perceived front-runner can add another accomplishment to its awards season success. “A Star Is Born” scored in every possible category that it could, racking up 4 nominations in total, including the all-important Best Ensemble. This is a major sign that industry support for the film is strong. A miss here would’ve been an indicator of a potential backlash brewing (“La La Land” missed here 2 years ago and we all know what eventually happened there). Not to show my hand too much, but I’m having a hard time predicting anything else to take Best Picture at the moment.

Another Year Of Broken Stats?
Last year, “The Shape Of Water” became the first Best Picture winner since 1995 to not have been nominated in Best Ensemble. This is good news for a number of movies that have been circling Best Picture this season, most notably “Green Book,” “The Favourite,” “If Beale Street Could Talk” and “Roma.” Missing Best Ensemble isn’t necessarily the death knell it used to be, but it definitely doesn’t help their cases. In addition, perceived front-runner Regina King shockingly missed a nomination in Best Supporting Actress for her work in “If Beale Street Could Talk.” The last time any actor won the Oscar without a SAG nomination was Christoph Waltz in 2012, and it hasn’t happened in Best Supporting Actress since Marcia Gay Harden in 2000. Needless to say, King has a difficult road ahead of her with this snub but based on the strength of her precursor run outside of this specific awards body, I wouldn’t count her out just yet.

All Aboard The Blunt Train
SAG went all in on Emily Blunt this morning, giving her two nominations for “Mary Poppins Returns” and “A Quiet Place.” The latter nomination should probably be ignored in terms of its future awards potential, as strong as her performance is. SAG loves to throw in a “surprise” nominee almost every year (Steve Carell in “Battle of the Sexes,” Blunt herself in “The Girl on the Train,” Sarah Silverman in “I Smile Back,” etc.) and they are almost never able to ride that wave to an Oscar nod. Her nomination for “Mary Poppins Returns,” however, is an indicator that she is fairly secure in the Lead Actress category, and should be able to duplicate this nomination at the Oscars.

Supporting Actress Surprises
Of all the categories at the SAG Awards, none threw more Oscar pundits for a loop than Best Supporting Actress. Amy Adams, Emma Stone, and Rachel Weisz expectedly got in, but it’s fair to say the nominations for Margot Robbie and Emily Blunt were fairly shocking. Notably missing are Regina King, Claire Foy, and Nicole Kidman. King is probably still safe for an Oscar nomination although, as I explained above, her front-runner status is a bit shakier now. Foy really needed this nomination to keep her name in the game, especially considering “First Man’s” lack of success outside of the Critics’ Choice Awards. I think there is still room for her at the table, but that possibility shrunk significantly with this miss. And Kidman is most likely out of the race this year. She had the potential to be double-nominated this year and she ended up missing in both categories. However, she’s ultimately still more likely to show up in Supporting rather than Lead.

The Male Categories Are Taking Shape
Best Lead Actor went about as expected this morning, with one notable exception. Ethan Hawke, who has absolutely dominated the regional critics’ circles for his tortured performance in “First Reformed,” was nowhere to be found. John David Washington replicated his semi-surprise Golden Globe nomination here for “BlacKkKlansman,” from which no other conclusion can be drawn than he needs to be taken seriously as a potential Oscar nominee. It may be that Hawke will be this year’s critical darling who can’t translate that success to Oscar nomination morning. Meanwhile, Supporting Actor really seems to be settling into a consistent pattern this season. Four of the five nominees were also nominated at the Golden Globes last week, and all five of them found their way into the category at Critics’ Choice. If you’re looking for one category to copy-and-paste into your Oscar predictions, this is the one to pick.

A Sad Farewell To Certain Contenders
As with every awards season, with each new batch of nominations come snubs, each one chipping away at a contender’s chances. With this being one of the final major Oscar precursor to nominate performers, we can say with a fair amount of confidence that the likelihood of the following actors hearing their names on Oscar nomination morning is relatively small: Toni Collette, Michelle Yeoh, Viola Davis, Thomasin Harcourt McKenzie, Daniel Kaluuya, Hugh Grant, and countless others who are more than worthy but, because of the politics and idiosyncrasies of awards season were never included in the conversation. Their absence only goes to show that awards success, or lack thereof, is not strictly an indicator of talent.

“Bohemian Rhapsody” Isn’t Going Anywhere
To the dismay and shock of many a film critic and #FilmTwitter contributor, “Bohemian Rhapsody” had about as good a morning as it could’ve expected. It predictably scored a Lead Actor nomination for its star Rami Malek, but it also unexpectedly made an appearance in Best Ensemble over the more heavily-predicted “Vice“, “The Favourite,” “If Beale Street Could Talk” and “Widows.” With this and the Golden Globe nomination for Best Drama Picture, it’s hard to ignore the fact that this movie is well-liked by a good number of industry people, and needs to be taken seriously in Oscar categories outside of Best Actor. A Best Picture nomination is certainly not out of the realm of possibility.

There’s Still Hope for Aparicio
The five women nominated today in Best Actress have the good fortune of having also been nominated this year at the Golden Globes and Critics’ Choice. That triple-punch is hard to argue with, and all five of them should feel fairly confident that they will hear their name called on nomination morning. However, every single year of this decade so far, at least one performer has made an appearance at all three awards shows and ultimately failed to make it to the Oscars. I have a feeling that this year the unlucky no-show will come from the Lead Actress category. If I had to put money down, I would say that Melissa McCarthy is the least likely of the five ladies to be Oscar-nominated, based on a strange amalgamation of the other women being in bigger Oscar contenders or, in Close’s case, being seemingly overdue. And as her likeliest replacement, I would pick Yalitza Aparicio for “Roma“. Aparicio did show up at the Critics’ Choice nominations, so it wouldn’t be entirely unexpected. And the Oscars have a recent trend of nominating lead actresses from foreign language films who haven’t hit all of the major precursors. Think Isabelle Huppert in “Elle“, Marion Cotillard in “Two Days, One Night”, and Emmanuelle Riva in “Amour”. Aparicio fits nicely into this category.

The SAG Awards have steered us to successful Oscar predictions in the past, and they should definitely be taken seriously when making your predictions. Be sure to check out our updated Oscar predictions here. Do you agree with everything we said here? Let us know your thoughts in the comments section below.