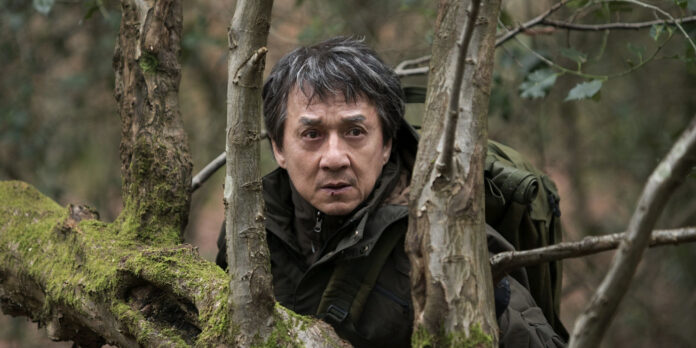 THE STORY – Quan is a humble London businessman whose long-buried past erupts in a revenge-fueled vendetta when the only person left for him to love — his teenage daughter — dies in a senseless act of politically motivated terrorism. His relentless search to find the terrorists leads to a cat-and-mouse conflict with a British government official whose own past may hold the clues to the identities of the elusive killers.

​When I signed up to watch Martin Campbell’s new action film “The Foreigner,” I thought I was signing up to watch a Jackie Chan movie. I thought that this was supposed to be a hard R rated action film with Jackie Chan front and center as a man looking to take down the government over the death of his daughter, as only Jackie Chan would. It’s the director of “Casino Royale” giving us a film with potentially political parallels to today’s society, anchored by a performance that is unlike any other we’ve seen Jackie Chan give before. Some of this is true. However, the film’s stubbornness to divert from Jackie’s story and go so far as to make this a 50-50 film between him and Pierce Brosnan which is neither as interesting or compelling, is what single handily takes down “The Foreigner.”

Quan (Jackie Chan) is an average citizen of London who immigrated into the country years ago with his wife and two daughters. With his wife gone as well as his two daughters, Quan lives a quiet life as the owner of a restaurant until one day, a terrorist bomb set off by the IRA kills his daughter. Fueled by rage and a thirst for revenge, Quan’s dark past which consists of a special set of skills puts him into conflict with Liam Hennessy (Pierce Brosnan), a deputy Prime Minister with former IRA connections playing both sides in a political conflict between the Irish and the British. Demanding the names of who killed his daughter, Quan refuses to take no for an answer from the politician as the conflict becomes increasingly more deadly and a new terrorist threat emerges.

When people bill “The Foreigner” as being a film with Jackie Chan, unlike we have ever seen him before, they’re not lying. Looking old, slow and shuffling his way through fight scenes he probably could have done in his sleep years ago, this feels like the old warrior’s last effort for us. Jackie gives it his all in the fight scenes but at age 63 there just comes a point where the pace isn’t what it used to be, the energy is gone and the ability to make the fights spectacular on a choreography level are just not possible. “The Foreigner’s” action scenes only somewhat work because we are rooting so hard for Qwan to get revenge for his daughter’s death and that emotional element to the film’s story can also be felt in Jackie Chan’s performance. As limited of an actor as he may be, Jackie Chan gives a very unfunny performance that will surely go down as one of his best. Whenever he is on screen, we are as focused on what he is doing as an actor as he is at getting justice.

For some reason though, the filmmakers maybe did not feel that following Jackie Chan and his character’s journey would be enough for the film. Instead, for large chunks of the movie, we are forced to sit through Pierce Brosnan and his terrible Irish accent, angrily yelling dialogue as his entire world comes crashing down around him. Scenes with intimidation, old alliances, and backstabbing, all set within this needlessly convoluted world of the IRA, is what ultimately is “The Foreigner’s” undoing. We simply never get to a point where we care enough about Pierce Brosnan’s character to justify his amount of screen time within the film. It gets to a point where Jackie Chan is playing the supporting character in his own movie. You can totally tell Pierce is trying to make his character three dimensional and he’s enjoying spewing every line with malice but the uninspired direction and an unnecessarily complicated storyline does not do him any favors.

“The Foreigner” could have been something so much more than what the final product ends up being. Fans of Jackie Chan will undoubtedly find lots to love in his character’s journey, his performance and the opportunity to see him kick some ass, even if he can’t quite do it as well as he used to. However, the film’s insistence on making Pierce Brosnan a co-lead never manages to captivate us in the same way and it ultimately makes “The Foreigner” feel like a half-baked attempt at something grander. With what could have been a heavy action drama with relevant political parallels to our own society, ends up being a lifeless mess of a movie, where the effort is present but the execution stumbles.