“THE EDGE OF SEVENTEEN” 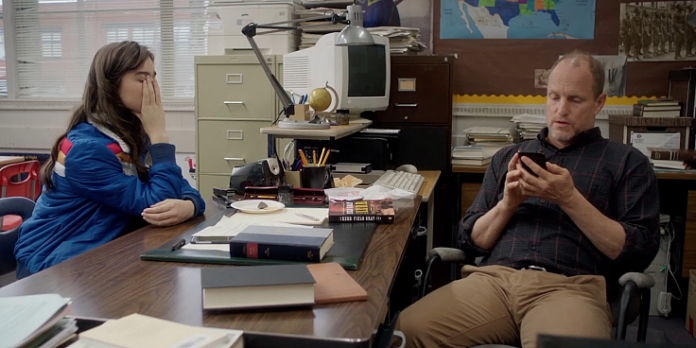 THE STORY – Everyone knows that growing up is hard, and life is no easier for high school junior Nadine (Hailee Steinfeld), who is already at peak awkwardness when her all-star older brother Darian (Blake Jenner) starts dating her best friend Krista (Haley Lu Richardson). All at once, Nadine feels more alone than ever, until the unexpected friendship of a thoughtful boy gives her a glimmer of hope that things just might not be so terrible after all.

​”The Edge Of Seventeen” gets so much right for most of its 102 minutes that it is easy to forgive it when it starts to become less and less remarkable as the film draws to a close. A lot of that credit is owed towards director and writer Kelly Fremon Craig who keeps the pace of the film up at all times, knows exactly when she wants us to laugh and when she wants us to feel as broken as Nadine. And speaking of Nadine, the bulk of the film’s quality is owed to actress Hailee Steinfeld, who much like she did in 2010’s “True Grit” gives a performance that is wise beyond her years and once again proves what a talent she truly is.

Nadine (Hailee Steinfeld) is a seventeen-year-old teenager who is going through many struggles in life. After losing her beloved father and always feeling like she is being given the short end of the stick, she experiences a new low when her childhood best friend Krista (Haley Lu Richardson) starts dating her brother Darian (Blake Jenner). Unable to deal with her place in the world, Nadine finds it uncomfortably hard to connect with her widowed mother (Kyra Sedgwick). With no one to turn to, she either runs towards her incredibly blunt high school history teacher Mr. Bruner (Woody Harrelson) for wisdom or she embarks on a path of crude behavior and released frustration revealing just what it means exactly to be on “The Edge Of Seventeen.”

The film’s ensemble is well put together with Woody Harrelson and Kyra Sedgwick each getting big roles with their own fair share of dramatic and comedic bits. But as stated before, this is Steinfeld’s movie. She completely owns the screen with the role of Nadine in a way that not every young performer could do. She makes you have sympathy for this confused teenage girl who is struggling to still find herself in a world that is messy and quite confusing at times as well. She makes us feel her pain, she makes us feel her joy (What little she does feel in the film) and all of this comes together to create what is one of the most hysterical yet introspective films of the year.

Remember when you were younger and you felt out of place in the world? Kelly Fremon Craig perfectly captures what it means to be going through those awkward years of your life when you first come to understand that life is hard and it never gets any easier from there. All you can hope to do is to lean on your loved ones when needed and mostly learn how to go through life with your head held high throughout all of the highs and lows. It’s a touching piece of work that will resonate strongly with audiences everywhere. There is, however, one major gripe that I have with the film and it pertains towards the film’s final act where it no longer defies convention. Not that it necessarily defies convention early on either, but the film feels so special due to the writing, directing and performances that when it ends on the note that it does I couldn’t help but feel left wanting more.

Kelly Fremon Craig has created a film that feels like it is destined to become a cult classic. Hopefully, it can be even bigger than that if enough people see this film in its initial theatrical run. The work that the cast and Craig are putting into the film is evident in the final product and it truly speaks to you when you watch it, male or female. “The Edge Of Seventeen” borders on becoming a truly original and great film but it will have to settle for being probably the funniest and most enjoyable film I have seen all year.