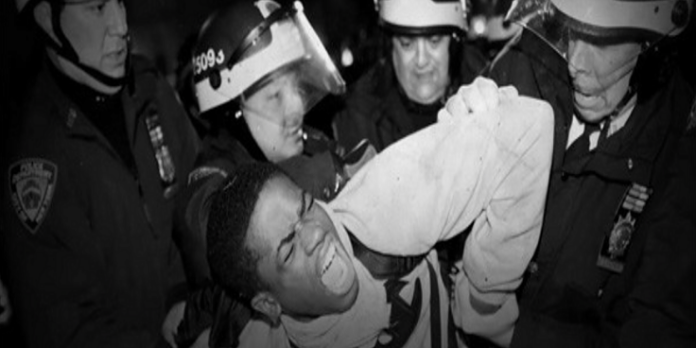 THE STORY – Ava DuVernay’s in-depth look at the prison system in the United States and how it reveals the nation’s history of racial inequality.

​I may not see a more vital and important film in 2016 than Ava DuVernay’s (“Selma”) take on the criminalization of African Americans and how the prison system has evolved over the years to keep them held back from the same liberties and freedoms that other Americans enjoy. This documentary, “13th,” which explores the loophole in the 13th Amendment to the United States Constitution that “everyone is free unless you’re criminalized” is bigger than as a means to entertain as other films have done for me this year. This engrossing film from Netflix is meant to shock you, educate you and compel you to take action. In order to get us to take action, we must first understand the problem and “13th” explores that problem in the most efficient manner possible, clocking in at a brisk 100 minutes where other documentaries could have easily had been well over three hours long in telling so many decades of history and information.

The United States makes up 5% of the world’s population but 25% of its prisoners (1 out of 4 human beings) are locked up in the United States. We have the highest population of incarcerated people in the world with 2.3 million people currently in prison. This number back in 1970 was merely 350,000. As musical lyrics display on the screen highlighting the African American culture of its respected decade, we see as the numbers continue to rise throughout history. We learn that 1 in 3 black men will be imprisoned at least once in their lifetime. 40% of the prison population are African Americans and now there are more African American prisoners than there were slaves in the 1850s. How did this happen?

When the 13th Amendment was added to the Constitution, slavery did not go away. It was an economic system that many people saw as an opportunity to evolve into a more sophisticated system. D.W. Griffith’s 1915 film “The Birth Of A Nation” started the trend of the Ku Klux Clan coming back to prominence and thus a new wave of homegrown terrorism for African Americans began. It evolved into something political through the Jim Crowe laws which declared African Americans as second class citizens. The Civil Rights Movement began and equal rights were achieved until the 1970’s when crime began to increase in the country and the term “mass incarceration” was born.

“A War On Crime” suddenly turns into “A War On Drugs.” With the election of Ronald Regan, mandatory sentencing is imposed as police start cracking down on people with possession of crack cocaine, which was used primarily by inner city poorer communities as opposed to cocaine. The term “super predators” is coined by the government and the media to portray young African American black men as beasts, animals, and criminals. Through the use of the media, the world starts to become convinced that all black men are criminals.

In the 90’s, Bill Clinton institutes the 3 strikes and you’re out policy. Truth in sentencing is put into place. Parole is taken away. All of this culminates with the $30 billion 1994 Crime Bill which makes up our prison system much in the same way we see it today with large prisons and militarization of police. As we head into the 2000’s the racial prejudices towards African Americans leads to tragic events such as the Trayvon Martin case, which leads to the #BlackLivesMatter movement.

Because the system tends to skewer towards the poorer communities, one of the problems is that many young offenders who commit a petty crime (though still a crime) don’t even bother to go to trial, even if they are innocent! They don’t have the money for bail nor do they have the money for a trial so they would rather take a plea deal and be labeled as a criminal on their record for the rest of their lives than go to trial and pay all this money with the possibility of facing the mandatory minimum sentencing. If everyone insisted on a trial, the whole system would shut down. Once you’ve been branded as a criminal, many aspects of the old Jim Crowe laws come back into effect where you can’t vote, you can’t work certain jobs etc. And that is where we are today, in essence, right back where we started over 150 years ago.

Ava DuVernay uses hundreds of old photographs, breathtaking newsreel footage, clips from films such as “12 Years A Slave” and the before mentioned “The Birth Of A Nation,” and cellphone video footage from victim’s families. She conducts interviews with a wide range of doctors, activists, politicians and larger than life figures such as Angela Davis. The Clinton/Trump presidential race is briefly touched upon as we see each candidates stance on the issues a few years ago versus how they feel about them today. All of this is done with an artfulness behind the camera in how she films her subjects and utilizes animated title sequences to transition us through the decades worth of material.

There are many moments within 13th that will shock and amaze you. Those who feel like they know the whole story will find at least one moment of horrific discovery. For me, it was the presence of “ALEC” in today’s legislative system and how this mixture of politicians and corporations have come up with these state laws which are used to monetize the prison system by keeping the facilities filled so that others can stand to profit from them. It’s a complicated problem to overcome because where in the past we may have been able to exact greater change within the prison system, every aspect, from their funding to the labor profit and the parole services, down to the GPS device people wear have become too big with too much money to simply be disposed of.

From slavery, to convict labor, leading to the Jim Crowe laws and now to the latest system of mass incarceration, “13th” manages to leave no stone unturned. Towards the end, DuVernay hits us in the gut with first-hand account video footage of police brutality on black citizens which has resulted in many deaths but now we can finally see through the use of personal technology. The footage is shown to be used with the permission of the victim’s family and it’s absolutely devastating to watch. However, DuVernay does not choose to end “13th” on such a dour note. What you see at the end is a glimmer of hope as white men and women join African Americans arm in arm during multiple #BlackLivesMatter protests. The ending credits reveal images of happiness and prosperity for the African American community throughout the last couple of decades so that we may understand their perseverance and aid them in hopes of a better future for all.

The Next Best Picture Podcast · "The Accountant" & "13th"