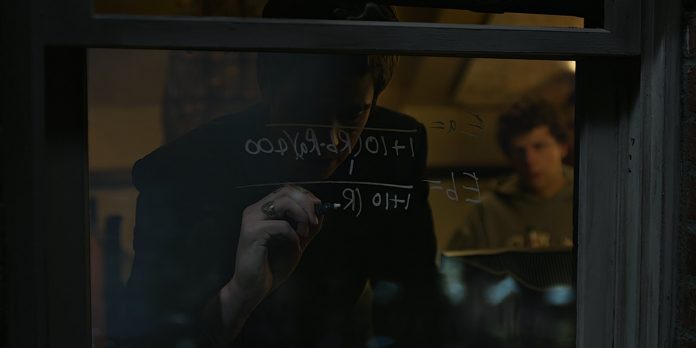 ​​The date is February 27. On this day, I look back with a twinge of sorrow and think about what could have been. Oh, what could have been on this evening nine years ago at the Kodak Theater. Thousands of miles away from the swanky Los Angeles festivities, I sat anxiously watching the Oscars at home hoping that David Fincher’s masterpiece, “The Social Network,” would take home Best Picture. Surely it would, right? The film swept the Golden Globes, the Critics Choice Awards, received eight Oscar nominations and landed at the top of various critics’ lists. All I could do was wait to see the outcome.

Let’s back things up a bit. Before the Oscars, the Golden Globes, the BAFTAS, and many other accolades, I was majorly skeptical of “The Social Network.” How could a movie about Mark Zuckerberg inventing Facebook be entertaining? The night I sat down to watch it, any doubts I had were put to rest. David Fincher’s direction, paired with Aaron Sorkin’s razor-sharp script, is was cinematic brilliance brought to the screen. I was immersed in the world of Harvard, hacking, and twin Armie Hammers. Every actor is perfectly cast in the ultimate ensemble. Jesse Eisenberg brings Mark Zuckerberg to the screen in an eerie portrayal; Justin Timberlake became the paranoid and obnoxious Sean Parker; Don’t even get me started on Andrew Garfield’s performance. I will never hear the number .03% the same way ever again. (He was robbed of a Best Supporting Actor nomination.) Trent Reznor and Atticus Ross’ score (which I am obviously listening to right now) propels the story forward with an electric magnetism.

This isn’t just a film about Facebook – but a timely tale with its finger on the pulse of a generation as Sean Parker confidently states to Mark Zuckerberg, “We lived in farms, we lived in cities, and now we’re going to live on the Internet.” While the story tells of the founding of Facebook, it also works as a classic tale of greed, friendship, loyalty, and revenge.

2010 was a particularly strong year for film, and the Academy Award nominations showcased that with 10 Best Picture nominees: “127 Hours,” “Black Swan,” “The Fighter,” “Inception,” “The Kids Are All Right,” “The King’s Speech,” “The Social Network,” “Toy Story 3,” “True Grit,” and “Winter’s Bone.” While those are impressive nominees, “The Social Network” captured lightning in a bottle. It had become a massive part of the cultural zeitgeist. This was its moment to shine. As I watched the Oscars the night of February 27th, 2011, I was prepared for a win. I felt like Eduardo Saverin confidently walking into the Facebook offices for the one-millionth member party. Little did I know, The Academy was about to hit me with a .03% moment.

​First up was the big moment for Best Director. Finally, David Fincher would get recognized… Or maybe not?! His BAFTA win a few days prior gave us hope despite Tom Hooper’s upset at the Directors Guild Of America (his only major win of the entire season). The award went to Tom Hooper for “The King’s Speech” and his love of dutch angles. I remained calm because the Best Director loss didn’t mean the Best Picture loss. There was no need to panic. There was still time. It couldn’t lose! Not after all this. Steven Spielberg approached the stage. An iconic director was going to announce the Best Picture win. “The Oscar goes to…”The King’s Speech.” No way. Andrew Garfield got his Prada from the cleaners specifically for this occasion. Jesse Eisenberg wasn’t even wearing a hoodie or flip flops. The stage was set for them to accept an award. How could The Academy deny this moment? It was time to get out “The Social Network” soundtrack and listen to “Hand Covers Bruise” on a loop to mourn the loss.

I don’t write this to blast “The King’s Speech.” It has all the ingredients I love in a film: A British historical drama with Colin Firth. The storyline following King George overcoming a speech impediment is a plot that I find inspirational. In fact, I was happy to see Colin Firth win Best Actor. I write this as a “Social Network” fan who believed the Academy would award Best Picture to a film that captured a portrait of a generation shifting to a new form of social interaction. Few films can fall under the “biographical drama” sub-genre while keeping you compelled, but “The Social Network” excels like no other. It’s just as relevant today as it was ten years ago. Talks of a sequel have been entertained with Mark Zuckerberg drama in the headlines, but could it ever measure up to its predecessor?

Sequel or no sequel, on this February 27th, I ask that you take a moment to remember David Fincher’s seamless direction, Aaron Sorkin’s intellectual script, and the cinematic achievement that is “The Social Network.” It’s the film that kicked off and defined the decade and will surely have an enduring legacy beyond the last 10 years. What do you think of it though? Do you think it deserved to win Best Picture? Let us know your thoughts in the comments section below or on our Twitter account.