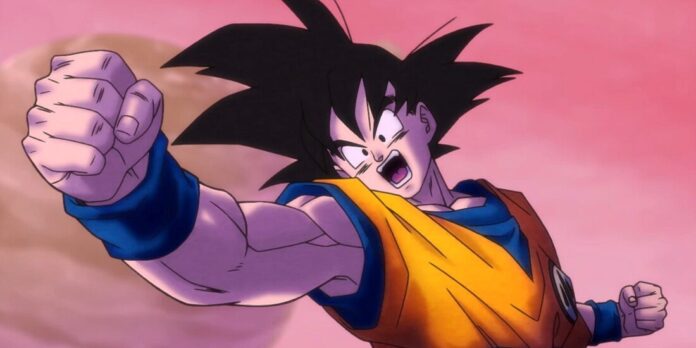 Next Best Picture’s weekly analysis of the box office and what the numbers mean for the industry, films, filmmakers, and the Oscar race is back for another week! This is a re-occurring post every Monday morning, so stay tuned for more box office information and hopefully more additions to these posts in the future. An anime staple stormed the top spot at the box office, while a few quiet new releases and holdovers performed with mixed results during the waning weeks of the summer movie season.​

Leave it to “Dragon Ball Super: Super Hero” to bring some life to one of the summer’s quietest weekends so far (hey, at least it’s better than last week!). The continuation of the iconic anime franchise earned an impressive $20.1 million in its 3,007 theater debut. That debut compares favorably with other anime exports released from distributor Crunchyroll, including “Jujutsu Kaisen 0: The Movie” ($14.8 million) and last year’s “Demon Slayer: Kimetsu no Yaiba the Movie: Mugen Train” ($19.5 million). “Dragon Ball Super: Super Hero” is the first anime to open at number one at the box office since “Pokemon: The Movie” in 1999.

By passing “Demon Salyer’s” opening, “Dragon Ball Super: Super Hero” now marks the largest opening weekend of all time for a foreign-language title released in the United States. The performance of this film and other recent anime imports sends a loud and clear message about the genre’s viability with mainstream audiences. I think the anime’s newfound box office potency is an excellent win for the marketplace, which still is finding its footing amidst a new, post-pandemic normal. Don’t be shocked if Crunycholl or the other anime distributor staple Funimation continues to expand its anime offerings in the coming years. There is not a firm budget figure available for “Dragon Ball Super: Super Hero.” Still, this opening alone already represents a decisive victory for all involved (it’s currently the fourth highest-grossing anime title in Japan this year). Most anime titles seem to open with front-loaded debuts, so it will be interesting to see how “Dragon Ball Super: Super Hero” holds up next week during the quiet summer season.

The Idris Elba-led survivalist thriller “Beast“ debuted in second this weekend with an $11.57 million gross (right in line with my $11-$15 million forecast from last week). Compared to other animal-centric nail-biters of the same vein, “Beast” is slightly ahead of “47 Meters Down” ($11.2 million) while trailing “Crawl” ($12 million) and “The Shallows” ($16.8 million), respectively.

“Beast” boasts a well-liked movie star and surprisingly sturdy reviews (hovering around 70% on Rotten Tomatoes), so why such middling results here? The demarcation of which celebrities can carry a movie to box office glory has narrowed over the years as movie stars play a less significant role in defining a film’s performance. Unless it’s a megastar like Leonardo DiCaprio, Denzel Washington, or Sandra Bullock, the glamours of a talented star often pale compared to a project’s brand value when considering marketability.

I don’t think “Beast” performed particularly poorly here; the film ultimately just lacked the mass appeal to take advantage of an open marketplace. Feature of this ilk often scores better with a PG-13 rating versus the tighter marketing restrictions of an R rating (two of the three titles I compared “Beast” to were PG-13). Releasing a piece of adult counter-programing makes sense at certain junctures in the summer movie season, but following up on the debut of “Bullet Train” two weeks back is not ideal circumstances. I still don’t know why a studio did not think to put a more conventional, crowd-friendly offering during these quiet summer weekends (“Ticket to Paradise” or “Lyle, Lyle, Crocodile” would have made sense).

“Beast” boasts an economical $36 million price tag. The film will likely end up being a sleight loss for Universal, although the distributor is probably betting on the film becoming a household product for their relatively niche Peacock streaming service. I’d expect a final domestic tally in the $24-$28 million range.

Holdovers continued to perform admirably during the slow weekend. “Bullet Train” featured one of the most significant drop-offs in the Top 10 with a solid-enough 40% decline and an $8 million gross in third place. At $68.9 million domestically/$150 million internationally so far on a $90 million budget, the film’s high-concept bet isn’t quite paying off as much as distributor Sony would’ve liked. “Bullet Train” is likely to finish below $100 million domestically at this point, but I’d still consider the high-concept tentpole a commendable effort for Sony.

In the specialty market, “Bodies Bodies Bodies” continued to lead the charge with $2.4 million in tenth place. A 25% drop-off from last week looks great on paper until considering the film added 1,251 theaters this weekend. Still, the A24 horror satire is carving a respectable place at the box office table. With $7.4 million so far domestically, “Bodies Bodies Bodies” will pass “Men” ($7.5 million) in mere days and should ultimately outgross “X” ($11.7 million) to become A24’s highest-grossing horror title of the year so far. Once “Bodies Bodies Bodies” crosses $10 million domestically, it will become A24’s fourth title to reach that milestone since the summer of 2021 began. The indie distributor still possesses the crown when it comes to breaking out with mainstream audiences.

Elsewhere, Paramount quietly opened the much-anticipated horror sequel “Orphan: First Kill” with $1.67 million in 498 theaters, which coincided with the film’s streaming debut on Paramount+. This is a strong result for Paramount, but it begs the question of why the distributor didn’t trust the movie as a nationwide release. In a traditional 2,000-3,000 theater release, “Orphan: First Kill” would have slotted in the $8-$12 million range and likely would’ve become an even more marketable attraction on Paraount+.

Next weekend’s pre-Labor Day slate brings another slew of intriguing genre releases with “The Invitation,” “Three Thousand Years of Longing,” and “Breaking. Unfortunately, none of these titles seem to be drawing much mainstream traction. I expect the former two to float in the $3-$6 million range while “Breaking“ should earn around $1-$3 million.

Do you like this new format? What would you like to see in future posts? Your feedback is greatly appreciated as we attempt to bring you our view of the box office and how it’s making an impact on the industry. But also, please tell us what you saw this weekend. What did you think of the movies? What will you be seeing next weekend? Please let us know in the comments section below or on our Twitter account.