The Academy Loves Movies About Hollywood 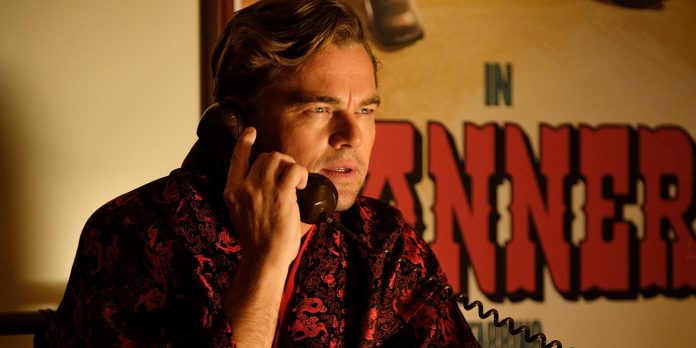 Every time a film about Hollywood or movies, in general, enters the Oscar race, Oscar pundits love to throw out the old “AMPAS can’t resist movies about itself” cliché. We’ve heard that line so much that at some point most viewers have accepted it as a scientific fact.

With Quentin Tarantino’s latest, “Once Upon A Time In Hollywood” out, which is itself a love letter to Hollywood, pundits are once again saying “well obviously the Academy won’t be able to resist this.” The question is, how much does the Academy really love movies about movies? The answer is quite a bit, but not as much as you might think. We’ve had three Best Picture winners this century that revolve around the film industry, but before that, no “movie about movies” had ever won Best Picture. Also, there have been dozens of well-received ‘movies about movies’ like “Get Shorty” and “State and Main,” that presumably would have gotten some Oscar love if the Academy really couldn’t resist any opportunity to navel-gaze.  Instead, they were shut out entirely. Hell, even “Singin’ The Rain,” considered one of the best films ever made by many, only snagged two nominations. The truth is, fewer than 90 ‘movies about movies’ have been nominated in *any* category. And only 12 have been nominated for Best Picture. Admittedly, that averages out to almost one movie about movies nominated every year. But, given how entrenched the belief about Hollywood’s love for movies about itself is, one could be forgiven for expecting more.

So, will “Once Upon A Time In Hollywood” be the 13th film to be nominated for Best Picture? Maybe. Who knows. Chances are, it won’t be entirely shut out at the very least.

​Pretty much every category has featured at least one “movie about movies” over the years. But of course, some categories are more friendly to movies about movies. Chief among them are Production Design, Original Screenplay, and Supporting Actress. Let’s see if a rundown of the various categories can give us an idea of where movies like “Once Upon A Time In Hollywood” fare best.

Note: I could have counted more films if I had a more liberal definition of “about movies,” but at some point, the definition would become so broad as to become meaningless. As such, I am not including films like “Network,” “Tootsie,” and “All About Eve” that technically could count…but not exactly. Just know, I did not forget about them. They just don’t fit the criteria I set. Also, if you want to dig back far enough, there are one or two films that were nominated in categories that no longer exist like “best dance direction.” I have chosen not to include those.

The Academy was shockingly stingy in handing out Best Picture nominees over the years to ‘movies about movies.’ They only nominated 5 before the 21st century. Then, it was as if a dam broke in 2011 with “The Artist.” Since then, we have had 4 more nominated for Best Picture, with two of them winning Best Picture, and a third coming so close that it was mistakenly announced as having won Best Picture. Maybe the threat of a changing industry has Hollywood feeling nostalgic and more inclined to navel-gaze as it hands out awards. If so, that’s good news for “Once Upon A Time In Hollywood,” especially since the Academy already nominated his last “movie about movies.” Luckily for him, this film is even more explicitly about movies.

Interestingly enough, the Academy seems to love to throw “lone director” nominations to movies about movies with some regularity. It has done so 8 times, and it would not be shocking to see them do so again.

The acting categories are well represented across the board for ‘movies about movies.’ With 21 nominated actresses, Supporting Actress is the most common category to throw a bone to cast members in (good news for Margot Robbie and Margaret Qualley), but lead actor is not far behind. As such, look out for DiCaprio as well. If I expanded to include movies about stage acting, this list would double. The acting branch adores actors playing actors. But AMPAS also loves acknowledging actors playing producers, and directors. Even roles with limited screentime and no “Oscar scene” like Alan Arkin in “Argo” have snuck in easily over the years. “Once Upon A Time In Hollywood” offers meaty turns to several of its cast members in addition to the leg up of simply playing someone in the industry.

Good news for Tarantino. The writer’s branch already likes Tarantino’s writing, as he has won two Screenplay Oscars to date. More importantly, this seems one of the most frequent categories to acknowledge movies about movies in. It is worth noting that few of the films nominated here actually won, however.

The cinematography branch may not be as reliable in nominated ‘movies about movies’ as some branches, but the fact that they nominated one of the worst ‘movies about movies’ in recent memory (“The Black Dahlia”) suggests they are fans of the sub-genre. In addition, “Once Upon A Time In Hollywood” Cinematographer Robert Richardson nearly always gets snubbed by the ASC for his Tarantino cinematography and thereby gets written off as a contender by pundits, only to still get the Oscar nomination. So, even if Richardson lags in precursors, don’t count him out for a nomination, especially with Q & As highlighting his impressive lighting rigs created for the film floating around.

If there is any category that feels like a slam dunk for a nomination, it is Best Production Design. This branch adores movies about Hollywood. 23 nominations including 6 wins. They even nominated “Hail, Caesar!” when every other category shut it out. Tarantino and his team meticulously rebuilt 60s Hollywood and packed it full of Easter Eggs. Expect a nomination (and maybe a win) to be in the bag there. Fun fact, the film’s production designer has never been nominated for an Oscar before and is best known for the Joel Schumacher Batman movies.

In short, Hollywood loves movies about itself, but not as much as you might think. Still, historically, there is enough love to comfortably say that with its strong reviews, “Once Upon A Time In Hollywood” is comfortable for at least a few nominations. ​Have you seen the latest Quentin Tarantino film yet? Which Oscars do you think it will get nominated for? Let us know in the comments section down below or on our Twitter account.