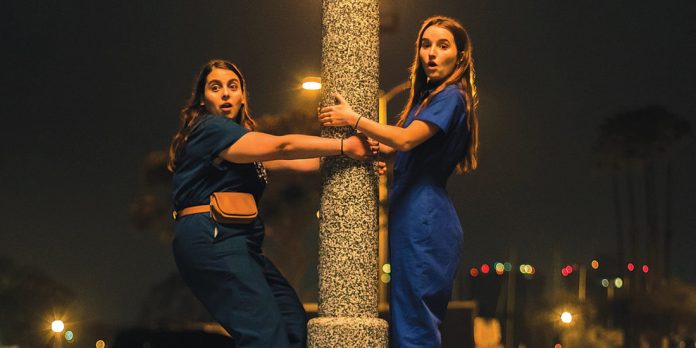 ​The Writers Guild Of America (WGA) have announced their 2020 nominations representing the best in screenwriting for the 2019 film year. It was previously announced that “Once Upon A Time In Hollywood,” “Pain and Glory,” “The Peanut Butter Falcon,” “The Last Black Man in San Francisco,” “Waves” & “Midsommar” were all not eligible. So what made the cut?

ADAPTED SCREENPLAY
A Beautiful Day in the Neighborhood – Written by Micah Fitzerman-Blue & Noah Harpster, Inspired by the Article “Can You Say…Hero?” by Tom Junod; TriStar Pictures
The Irishman – Screenplay by Steven Zaillian, Based upon the Book I Heard You Paint Houses by Charles Brandt; Netflix
Jojo Rabbit – Screenplay by Taika Waititi, Based on the book Caging Skies by Christine Leunens; Fox Searchlight
Joker – Written by Todd Phillips & Scott Silver, Based on Characters from DC Comics; Warner Bros. Pictures
Little Women – Screenplay by Greta Gerwig, Based on the Novel by Louisa May Alcott; Sony Pictures

The winners will be announced on February 1st. What are your predictions for Best Original and Adapted Screenplay? You can see our updated Oscar predictions here. Let us know your thoughts in the comments section below or on our Twitter account.