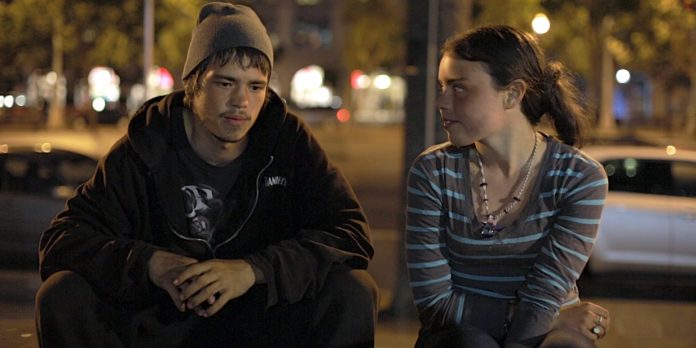 ​Care to know the estimate of the homeless youth population in our country? According to different data records, the answer lies somewhere between 48,000 and 2.8 million. There’s yet to be a national study into the issue. The lack of government-funded research into a homegrown crisis is deafening and yet many Americans either don’t understand the gravity of the situation or just turn a blind eye to it.

“Lost in America,” a documentary that screened at this year’s Nashville Film Festival, is an alarming call-to-action film that focuses on the silent epidemic that is youth homelessness in a country so able to correct its course. Rotimi Rainwater, formerly a homeless youth himself, produces and directs this glaring account of America’s shortcoming in the legislative fight to support social services for homeless kids and just how much of your attention this issue deserves. It was my very first screening at the festival and somehow, even after numerous more films that followed that week, it still made one of the most lasting impressions on me.

​The documentary goes to great lengths to survey the three main reasons why the youth of America are pushed out of their homes and onto the streets— the crumbling condition of the American foster care system, the high-risk threat of sex trafficking, and the rejection of our LGBTQ youth. Rainwater, along with his crew, tirelessly pursue answers and correlations to this modern crisis that has seemingly skyrocketed since the 1980’s. “Lost in America” is at times excruciatingly raw and heartbreaking, but makes a lasting impression that will rattle a viewer to engage. Along with producer Mike C. Manning, Rainwater has been making the rounds with this feature at film festivals, raising truthful questions that ask viewers to understand these youth and become involved in the fight for them. I’m so appreciative that this documentary was able to come through Nashville, and I was lucky enough to ask Rainwater and Manning a few questions about their experience on the project for Next Best Picture.

For Rainwater, this film quickly became a calling. “On the first day of shooting, we interviewed a young lady who had just escaped being forced into child pornography and abuse by her parents and had been passed around from one abusive man to another and found herself abandoned in a hotel parking lot. It became clear to me that what I had experienced paled in comparison to what many of these youth do and if I didn’t make this film, who would?” said Rainwater.

For Manning, the reality of youth homelessness became prominent after a location switch. “To be honest, this project sort of found me. When I moved from Colorado to Los Angeles, I went from never really seeing homeless people to seeing them all over. I began volunteering at a drop-in center for youth and fell in love with what the staff was doing to help those kids. I quickly realized the amazing potential of the youth they were helping and became angry that this was an issue nobody was really talking about. I told everyone I knew about it and someone reached out and said they had just begun working on a documentary. That documentary was Lost in America. To me, this is absolutely an issue that we can fix if the American public learns how large this problem actually is,” said Manning. These kids are lost in an America so hesitant to give them a chance and it’s clearly documented in the film. It rips the threshold into an area where filmmaking can really spark something within us. These stories, however heartbreaking and profound, will no doubt grow to become the catalyst the film set itself to be.

Rainwater’s 2013 film “Sugar” was the beginning of a reflective journey to healing. It followed the story of a woman, who suffers from PTSD, experiencing homelessness with a group of others and finding her own healing in the world. Rainwater explained how pivotal the narrative film was in finding his own voice. “I’d hidden my past for many years and dealing with it couldn’t happen overnight. So when I made Sugar, I focused more on the physical journey of these kids, what it was like on the streets, being authentic. But I neglected the emotional journey because I wasn’t ready to take it,” said Rainwater.

“Lost in America” has done so much for homeless youth already. During filming, Rainwater said the crew spoke with over 30 youth in 15 different cities and have had contact with over 60 organizations and politicians about the issue. As Sen. Patrick Leahy states in the film, “When they are faceless, nameless, anonymous, it is easier to ignore.” People are quick to dismiss something so invisible to them. These are our own kids, our own neighborhoods, and childhood friends. Rainwater’s documentary gives these youth a name, a face, an undeniable existence that’s been made to appear shameful. Through their stories, we are gutted down to look at the problem face first and make no more excuses.

“I truly hope that Americans see that these kids aren’t what they envision. Unfortunately, we think of these kids as throwaway kids; kids with no potential. We look at them as if this was a choice, and none of this is true. So I want Americans to realize this is a huge issue in our country, but one that can be fixed. I don’t think the term ‘solved’ is appropriate because there will always be youth who end up on the streets. But hopefully we can provide ways in which they don’t have to end up on the streets,” explained Rainwater.

Throughout the film, we are introduced to so many kids and hear their stories about their deep-seated backgrounds of abuse and family rejection, culminating to what truly are the faces of homeless youth. You can find a mediocre amount of homeless shelters for adults as it is, but what does it say about a country when youth shelters are far too scarce? For Rotimi Rainwater, it was a sense of relatability that helped him give these kids a shoulder to lean on and demonstrate that they are not alone or forgotten. “It also became apparent that if I were going to get these youth to trust me, to be vulnerable and open up to me, I had to be vulnerable and open up to them first. So before every interview, we would sit down and talk and I’d share my story. This would make them more comfortable and open up to me, but it also had the unexpected result of starting to force me to deal with my past and heal. This proved to be the spark that changed my life from simply being a filmmaker to being someone determined to use my craft to tell these stories,” said Rainwater. This ultimately led to the creation of the Lost in America Foundation, whose mission is to raise as much awareness to the topic as possible, pushing this knowledge through governmental efforts so that these youth get the right opportunities.

Something to take away from the film is just how absent most of America’s population is to the problem. Rainwater hopes viewers see and react to just how bad Americans have misunderstood homeless youth. With this issue so close to home, its platform is rattling people to be enraged and engaged in the movement. Seeing how the youth manage to survive isn’t some onscreen problem, it’s something that’s happening just downtown from you. State legislatures often times dismiss attention to the issues because of political stances (The fact that LGBTQ youth make up a huge portion of the homeless population is intolerable to some politicians.), thus damaging repeated attempts at serviceable, children-helping bills to pass. “I keep in touch with all of these youth. Some are still struggling, but we’ve helped some of them (hopefully) get off the streets permanently. As far as the government, the bill has just been reintroduced and we’re hopeful this time it will pass, but we’re not holding our breath,” said Rainwater.

Documentaries are so very diverse and it’s hard for me to even critique them, so I’m personally able to find stories like this one and make it a standing point for action to be made. When a film stirs the pot and gets us talking about real issues, it becomes a driving force. We need to make people aware, and thankfully “Lost in America” is just as fruitful in knowledge as it is in human connection. Films like this one can be supported locally. Supporting homeless shelters and donating to your local ones are enough to support the message here. Over at LostinAmericaFilm.com, you’ll soon be able to find a place near you, as they’re creating a national registry that finds and locates any organization in any city to be able to help. Rainwater and Manning express their hope for a November 2018 release date, where they’ll be doing a national sleep out that everyone can get involved in.

The Lost in America Foundation site will officially launch sometime in July to help create exposure on the issue. You can follow the film on their social media platforms (@LostNAmericaDoc on Twitter & @LostInAmericaFilm on Facebook) and help support the movement to end youth homelessness. Thank you for reading and let me know your thoughts in the comments section below.