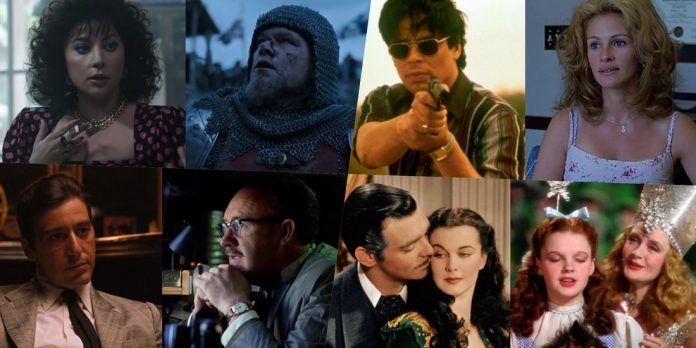 By Zoe Rose Bryant ​​​
​
Having your film nominated for the Oscar for Best Picture is one of the great honors of any director’s career. To have that happen twice is even more extraordinary. But to have two of your films receive Best Picture nominations in the same year? That’s an astounding accomplishment only nine directors have ever achieved and an event that has only occurred ten times in Oscar history. Because it hasn’t happened since two Steven Soderbergh films scored Best Picture nods at the 73rd Academy Awards (“Erin Brockovich” and “Traffic”), some Oscar fans may forget that this used to be quite common in the Academy’s early years. And, because there’s a possibility we might see such a situation this year as well – with Ridley Scott gunning for Oscar glory with both the Lady Gaga-led “House of Gucci” and his dark historical drama “The Last Duel” – it’s worth looking back at the past and seeing which directors have walked this path before him.

The first director to have two films nominated for Best Picture in the same year was Ernst Lubitsch with “One Hour with You” and “The Smiling Lieutenant.” The former was a pre-Code musical comedy film about a married couple who find themselves attracted to other people and the problems that ensue, while the latter was another musical about an amorous lieutenant who is forced to marry a socially awkward princess while keeping his violin-playing girlfriend (played by eventual Oscar winner Claudette Colbert) on the side. Neither film took home the trophy – with Edmund Goulding’s “Grand Hotel” being honored instead – but the late Lubitsch can at least find solace in the fact that he started this rare Oscar stat.​

The first time Victor Fleming shows up on this list is for his dual Best Picture nominations at the 10th Academy Awards for the films “Captain Courageous” and “The Good Earth.” Though his contributions to “Earth” were uncredited, we still think it’s worth counting here. “Courageous” concerns the spoiled heir of an American business tycoon who falls overboard from a steamship and gets picked up by a fishing boat, where he’s humbled by joining their crew, whereas “Earth” shines a light on the circumstances of a family of Chinese farmers who struggle to survive and make a living. Both films may have picked up acting prizes (Spencer Tracy in Best Actor for the former and Luise Rainer in Best Actress for the latter), but neither won Best Picture, as that distinction went to William Dieterle’s “The Life of Emile Zola” instead.

Five years before Michael Curtiz would take home several awards for the cinematic classic “Casablanca” – including Best Director – he earned a spot in the elite group of directors who have had two films nominated for Best Picture in the same year. The first of these films was “The Adventures of Robin Hood” (which he directed alongside William Keighley), a retelling of the classic tale of “the best-loved bandit of all time” starring Errol Flynn and Olivia de Havilland. The second film was the tragic romance “Four Daughters” (which he directed alone), about a musician and his four musically gifted daughters. Their lives are uprooted when a cynical and slovenly young composer arrives at their home. Both films would ultimately lose Best Picture to “You Can’t Take It with You,” but Curtiz’s accomplishment here foreshadowed his later achievements in the Academy.​ 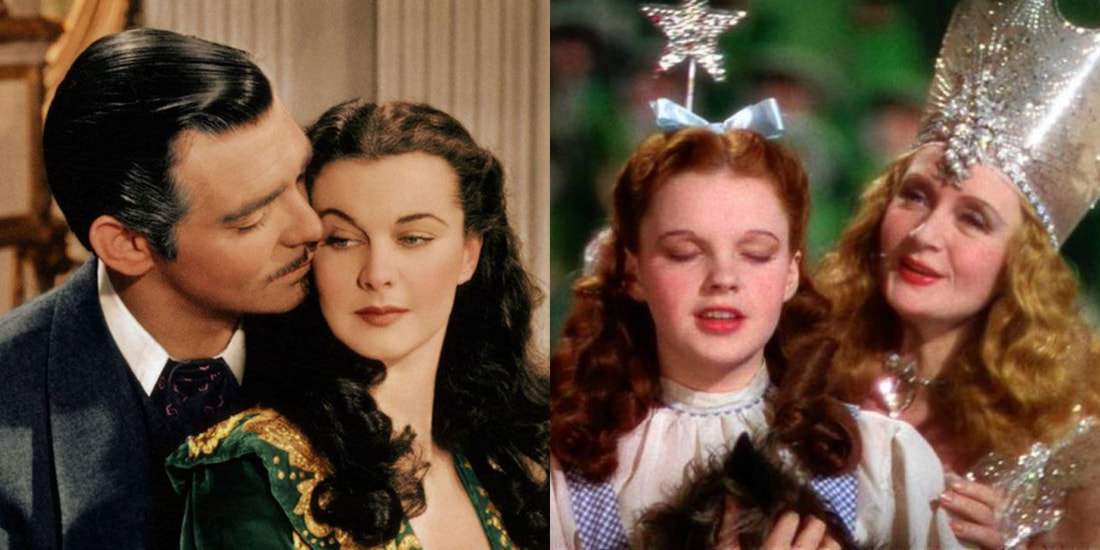 Victor Fleming’s second appearance on this select list results from his dual Best Picture nominations at the 12th Academy Awards for “Gone with the Wind” and “The Wizard of Oz” – arguably two of the most acclaimed films in cinematic history, and titles with legendary legacies that have lasted to this day. “Gone with the Wind” – the turbulent romance between the spirited Scarlett O’Hara and the raucous Rhett Butler – may have taken home the Best Picture trophy (the first time a director with two Best Picture nominations in the same year would see one of his films take top honors), but “The Wizard of Oz” indeed hasn’t suffered as a result of this loss, going on to be one of the most beloved musicals of all-time and gifting the world with the talent that is Judy Garland.

Alfred Hitchcock’s only Best Picture win came in 1941 at the 13th Academy Awards for the dark romantic drama “Rebecca,” which follows the anxious new wife of a wealthy aristocrat as she combats both the critiques of her husband’s demeaning housekeeper Mrs. Danvers and the foreboding spectral presence of his first wife. Many film fans forget that this wasn’t his sole Best Picture nominee in the category that year. The spy saga “Foreign Correspondent,” concerning the adventures of a young American reporter who tries to expose enemy agents in London, may not have won any of the six Oscars it was up for. Still, its inclusion in the Best Picture line-up allowed Hitchcock to be informally “inducted” into this exclusive association of auteurs.

John Ford holds the record for most Best Director wins after taking home four trophies between the years of 1936 to 1953 (for “The Informer,” “The Grapes of Wrath,” “How Green Was My Valley,” and “The Quiet Man”) so it should come as no surprise that the legend finds himself on this list as well. At the 13th Academy Awards – the same ceremony where Hitchcock achieved this feat – Ford scored two Best Picture nominations for two films he directed that year, “The Grapes of Wrath” and “The Long Voyage Home.” “Wrath” was, of course, an adaptation of John Steinbeck’s Pulitzer Prize-winning novel about the Joad family’s mission to make a living as migrant workers following the Great Depression. At the same time, “Home” was centered around a merchant ship’s crew as it tries to survive the loneliness of the sea and the coming of war. Both films may have lost Best Picture to “Rebecca,” but Ford still bested Hitchcock in Best Director for his work with “The Grapes of Wrath.”

Sam Wood worked his way into this collection of distinguished directors at the 15th Academy Awards, as his films “Kings Row” and “The Pride of the Yankees” were both nominated for Best Picture. The former – which starred future president Ronald Reagan – follows the lives of five children growing up in a small American town at the turn of the twentieth century, while the latter tells the legendary story of New York Yankees first baseman Lou Gehrig, played by two-time Best Actor winner Gary Cooper. While both films were praised profusely, neither was a match for William Wyler’s “Mrs. Miniver,” which took home Best Picture, Best Director, Best Actress, Best Supporting Actress, Best Adapted Screenplay, and Best Cinematography – Black-and-White. 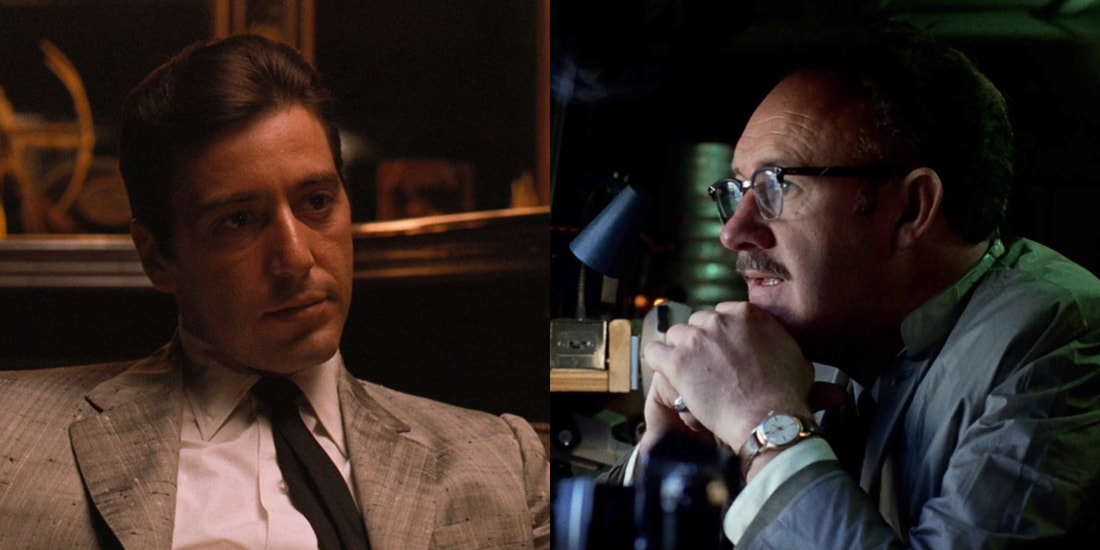 It would take over thirty years for another director to have two films nominated for Best Picture in the same year. Still, Francis Ford Coppola finally broke through in 1975 at the 47th Academy Awards, where his paranoid thriller “The Conversation” faced off against the second part in the “Godfather” saga, “The Godfather Part II.” Though “The Conversation” – which concerns a secretive surveillance expert who has a crisis of conscience when he suspects that the couple he is spying on will be murdered – was no match for “The Godfather Part II” and its gripping depiction of the downfall of Al Pacino’s Michael Corleone (as the latter went on to win Best Picture), both films have been regarded as cinematic classics in the years that followed. Their dual release in 1974 allowed Coppola to enter this celebrated “club.”

Though he may not be as well-known as the other directors on this list, you’ve got to give credit where credit is due, with Herbert Ross earning a spot alongside all of these iconic auteurs with two of the most unconventional contenders the category has ever seen. “The Goodbye Girl” – which got Richard Dreyfuss an Oscar for Best Actor – is a rom-com that follows an unemployed dancer and her 10-year-old daughter who is reluctantly forced to live with a struggling off-Broadway actor (Dreyfuss) after the former is dumped by her live-in boyfriend, while “The Turning Point” is another drama about dancers, starring Anne Bancroft and Shirley MacLaine, where a former ballerina is forced to confront her long-ago decision to give up the stage to have a family after her daughter joins a ballet company. Both films lost Best Picture to Woody Allen’s acclaimed “Annie Hall,” but Ross is still remembered in conversations about this superlative stat.

Steven Soderbergh is the most recent director to get two of his films Best Picture nominations in the same year – and the only director to accomplish such a feat in the 21st Century. At the 73rd Academy Awards, Soderbergh scored nominations for both “Erin Brockovich” and “Traffic.” While both lost Best Picture to Ridley Scott’s swords-and-sandals epic “Gladiator,” they still brought home some big trophies. “Brockovich,” a biographical legal drama about its titular environmental activist who fought against the energy corporation Pacific Gas and Electric Company (PG&E) regarding its culpability for the Hinkley groundwater contamination incident, earned Julia Roberts an Oscar for Best Actress. In contrast, “Traffic,” a dark intertwined drama about the United States’ war on drugs seen through the eyes of several individuals it affects, won every award it was up for except Best Picture, including Best Director, Best Supporting Actor (for Benicio del Toro), Best Adapted Screenplay, and Best Film Editing.

Do you think Ridley Scott will join this list this year with “House of Gucci” and “The Last Duel?” Are you surprised to see any names included? Let us know your thoughts in the comments section below or on our Twitter account.