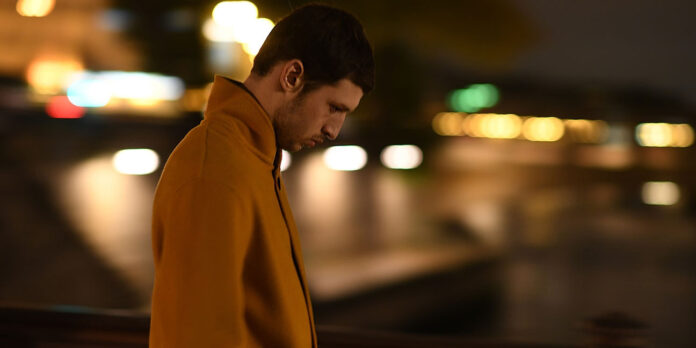 THE STORY – A young Israeli man, aided by his trusty Franco-Israeli dictionary, travels to Paris to flee his nationality.

​​​​​​​​Yoav is an Israeli. An ex-Israeli. Or at least, he’s trying to be. He’s moved to Paris and has disavowed his native tongue in favor of French. He hates his homeland, or doesn’t agree with it, or is just incredibly disillusioned after his time in the army. He spends a lot of time wandering the streets of Paris, French-Hebrew dictionary in hand, repeating French synonyms over and over, trying to get a strong handle on the language of his new adopted country.

And so begins Nadav Lapid’s “Synonyms,” a beguiling look at what it means to be a man in a new country or a stranger in a strange land, or a man without a country at all, or a man at war with his own identity, BUT ALSO always about the very specific experience of being an Israeli expatriate living in France. The film is (very loosely) based on Lapid’s own experiences, and it’s clear from the first frame that this is a deeply personal film. But it’s also a highly allegorical one, one that is attempting to be about an awful lot over the course of its two hours. This means that we get a lot of scenes that either doesn’t make a lot of sense or end up being unbearably frustrating. Case in point: One of Yoav’s security co-workers walks up to everyone standing in their moderately crowded subway car telling them he’s Jewish, just to see what will happen. Or maybe to make a point. Or maybe just because. It certainly means something, but… what?

You could say that after nearly every scene in “Synonyms,” and because of that it might be unwatchable. Or maybe it would be if it weren’t for the hypnotic camerawork and the charismatic, unhinged performance by Tom Mercier as Yoav. In his debut performance, Mercier is a livewire, a completely unpredictable force of nature that you can’t take your eyes off of… and yes, in the greatest art film tradition, there is plenty of nudity, both rear and full frontal, which helps. The audience may not always fully understand what Yoav is doing or why, but there’s never any doubt in Mercier’s performance, and that goes a long way.

Great films have been built around a lot less than a performance as strong and compulsively watchable as Mercier’s, but writer-director Lapid has a knack for bringing his films to a boil very slowly, and it’s a big asset here. The tension rises almost imperceptibly throughout the film until the last few scenes catch your breath and refuse to let it go. In comparison to the rest of the film, the final shot of “Synonyms” may be a bit too on-the-nose, an all-too-obvious Big Statement that exclaims its themes where the rest of the film insinuates them. But that was when the film clicked into place for me when I finally grasped what Lapid was trying to say. When it cut to black, I immediately wanted to rewatch the film, even though I found it a frustrating experience. It’s an exhilarating thing to spend a film’s entire runtime being frustrated only to have a revelation right at the end, and “Synonyms” provides that. In one repeated motion, one repeated phrase, Lapid crystallizes the whole film. I’m still unsure what exactly he was trying to say about Israeli identity specifically, but the larger message comes through loud and clear and leaves one thing not in doubt: Nadav Lapid is a vital cinematic voice. If he can bring his exploration of theme more in line with his technical skill as a filmmaker, he’s going to make a masterpiece. But “Synonyms” isn’t it.