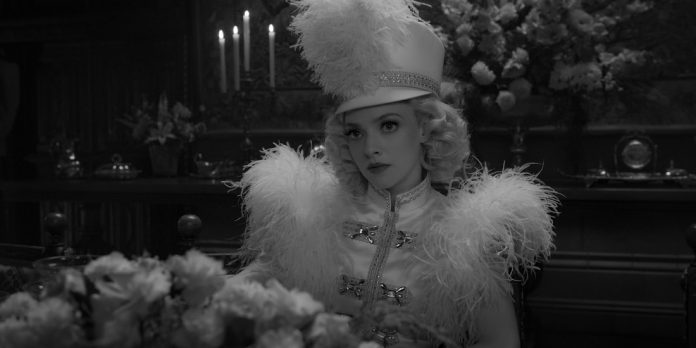 By mid-December, we usually have a decent idea of where the Oscar race is heading. However, as 2020 lurches to an ungraceful end, we still have no clear consensus in virtually any of the categories, owing to the fact that the Oscars are still over four months away. But as more films are seen by critics and races keep shifting, it’s helpful to take a look at where our predictions currently stand here at Next Best Picture. I’ll be taking a look at the below-the-line categories outside of the “Big Eight,” which Matt covered last week. I’ve gathered all of our team’s collective nominations together to see what our averaged predictions look like.

As with many years, this category looks to be leaning towards Pixar. In fact, all but one of our predictors has “Soul” in the first place slot of their predictions. “Wolfwalkers” is making a strong case for second place at this time. Cartoon Saloon, the studio behind it, has scored a Best Animated Feature nomination for all three of their previous films: “The Secret of Kells,” “Song of the Sea,” and “The Breadwinner.” It would be somewhat surprising if “Wolfwalkers” broke their three-for-three streak. But can they finally secure a win this year?

As is often the case, Best Documentary Feature is full of politically-themed potential nominees. However, they may be frequently nominated, but political documentaries haven’t always won the Oscar in recent history. In the past decade, the Academy seems to favor personal, humanity-driven stories, like “Free Solo,” “Amy,” and “Searching for Sugar Man.” This trend would seem to prefer “Dick Johnson is Dead.” However, in such a tumultuous year punctuated by a turbulent election, voters may feel the need to send a message by choosing a film that aligns with their political interests. This would give an edge to “The Dissident,” “Totally Under Control,” and “All In: The Fight for Democracy.” All of these films are, in a way, a rebuke of the political status quo in America, which we just voted against.

Since it’s still so early in the Oscar race, it’s hard to predict Best International Feature as it hasn’t been entirely solidifying which films certain countries will be submitting for consideration. However, at this time, the team has a clear favorite in “Another Round” with “Quo Vadis, Aida?” not far behind. “Another Round” is a collaboration between director Thomas Vinterberg and actor Mads Mikkelsen. They previously teamed up for “The Hunt,” which was nominated in this category. Can they repeat this past success?

This looks to be a two-horse race between the showy black-and-white camerawork of “Mank” and the patient, painterly photography of “Nomadland.” In the past decade alone, six black-and-white films have been nominated for Best Cinematography, with one winner among them with “Roma.” Basically, if your film is a prestige picture shot in monochrome, it’s virtually guaranteed to be nominated here. This is good news for “Mank,” and of the many craft categories in which it is a contender, this is probably its most likely nomination. On the other hand, if “Nomadland” hopes to win Best Picture, it will need to pick up one or two other awards outside of the top category. This and Best Adapted Screenplay are most likely its best bets to build a solid foundation that can lead to a victory in Best Picture.

This is yet another very close race between “Mank” and a formidable opponent. This time, the rival contender is Netflix’s splashy adaptation of “Ma Rainey’s Black Bottom.” Outside of those two major awards hopefuls, there are plenty of films hoping to score what could be their lone nomination. This is one of the few categories at the Oscars that often looks outside of the major contenders to find one-off nominees. So don’t be surprised if films that the Academy might otherwise ignore pop up here, including movies like “Emma.” and “Mulan.”

Going from a category not always connected to Best Picture to one that is virtually inseparable from it, Best Film Editing seems to currently be “The Trial of the Chicago 7’s” to lose. In fact, every single one of our pundits currently has it predicted to win this category. Its flashy editing style used to portray numerous different narratives and perspectives combined with its encouraging Best Picture prospects means it fits the mold of a typical winner in this category. As for the rest of the nomination slots, the race is still fairly wide-open. “Mank” and “Ma Rainey’s Black Bottom” are the only other films that appear in all of our pundits’ predictions. The rest of the potential line-up mostly consists of Best Picture hopefuls, plus the very apparent editing of “Tenet.”

Our top two contenders in this category are both films that take well-known actresses and dramatically transform them through the magic of hair and makeup. This technique has spelled success at the past few Oscar ceremonies. Recent winners “Bombshell,” “Vice,” and “Darkest Hour” earned praise for their hair and makeup teams’ abilities to completely change the appearance of their A-list talent. It also helps to have said performers be nominated for their acting, which is a strong possibility for both “Ma Rainey’s Black Bottom” and “Hillbilly Elegy.” The rest of the contenders are a mix of Best Picture hopefuls (“Mank,” “The United States vs. Billie Holiday” & “News of the World”) and craft-heavy films hoping to score what might be their sole nomination here (“Borat Subsequent Moviefilm,” “Birds of Prey” & “Pinocchio”).

Yet another category where “Mank” is the clear favorite. Not only does it top every single one of our pundits’ predictions, but it is also the only film that appears on all of our predictors’ lists. Its faithful recreation of lavish 1930s homes and old Hollywood studio lots is exactly the kind of production design that the Academy likes to award. The rest of the contenders are mostly period films with very noticeable designs. “The Midnight Sky” stands a chance of being this year’s sci-fi honoree in the vein of recent nominees “Passengers,” “The Martian,” “Interstellar,” and “Gravity.”

The contenders we are predicting for this category represent the many different types of films that the Academy usually nominates for their sound work. There’s bombastic, big-budget titles (“Tenet,” “Wonder Woman 1984”), polished-yet-conspicuous sound mixes (“Sound of Metal“), music-based films (“Ma Rainey’s Black Bottom” & “The Prom“), and Best Picture contenders hoping for below-the-line support (“Mank” & “News of the World”). With so many potential narratives to choose from, it’s best to default to the most noticeable sound mix from a film that could likely compete in Best Picture. “Sound of Metal” is perhaps the best fit for this description; given the fact that its protagonist’s storyline is characterized by how he experiences sound, it seems like a fairly obvious possible winner. One factor to consider when predicting this category is that, for the first time since the 1987 ceremony, sound will only be awarded in one competitive category rather than two separate races that split the honor between Best Sound Mixing and Best Sound Editing. Because of this, we don’t have the usual precedence for how exactly the Academy will vote for this category.

Of all the ways in which this year’s Academy Awards has been disrupted by the COVID-19 pandemic, in no category is it more apparent than Best Visual Effects. This category is usually full of huge effects-driven blockbusters. But in a year where the vast majority of studio tentpoles had their release dates postponed, this category is in a very strange situation. Will it favor the few films that came out before theaters were shut down, like “The Invisible Man,” “Birds of Prey” & “Sonic the Hedgehog”? Will a visual effects-heavy streaming title come out on top, like “The Midnight Sky” or “Greyhound“? Or will it simply go to what could’ve been the biggest film of any other year, “Tenet“? Christopher Nolan’s time-bending adventure that opened only in theaters, pandemic be damned, would likely be a strong contender even in a normal year. With not many options that fit their usual taste in this category, it’s entirely possible that Academy members will default to this wannabe blockbuster.

In Best Original Score, it’s Trent Reznor and Atticus Ross versus Trent Reznor and Atticus Ross. The composing duo are at the top of the field for two scores – “Soul” and “Mank.” With the latter, they have teamed up yet again with frequent collaborator David Fincher. For “The Social Network,” their first film with Fincher, the pair won an Oscar, and this team-up could yield fruitful results yet again. But it’s their already-acclaimed score for “Soul” that has a bit of an edge at the moment. Rounding out the rest of our predictions, there’s a host of veteran composers vying for a slot. The music branch famously favors previous nominees in this category, which is good news for James Newton Howard (“News of the World”), Alexandre Desplat (“The Midnight Sky“), Ludwig Goransson (“Tenet“), Hans Zimmer (“Hillbilly Elegy“), and Terence Blanchard (“Da 5 Bloods” & “One Night in Miami…“).

Out of all the below-the-line categories, perhaps the hardest to predict at this point in the race is Best Original Song. There are plenty of ways this category can shake out across the next four months, but at this time, the clear favorite is “Speak Now” from “One Night in Miami….” The song is co-written by the film’s co-star Leslie Odom Jr., which means there is a definite possibility that he is double nominated for both this category and Best Supporting Actor. This would continue the surprising recent trend of performers nominated for both acting and songwriting, which was the case for nominees Mary J. Blige (“Mudbound“), Lady Gaga (“A Star is Born“), and Cynthia Erivo (“Harriet“). The closest competition comes from perennial Oscar bridesmaid Diane Warren for her song “Seen” from the Sophia Loren-starring “The Life Ahead.” She is also in the running for her composition “Free” from “The One and Only Ivan,” but given its higher level of prestige and veteran star power, Warren’s more likely nomination comes from “The Life Ahead.”

You can find our team’s detailed predictions organized by category here. While there is still plenty of time before the Oscars, the race has undoubtedly begun. Keep an eye on our predictions as we learn more about upcoming films and track where the contenders stand in their hunt for Oscar glory. Check out our latest Oscar predictions category by category as individuals here and let us know your thoughts in the comments section below or on our Twitter account.