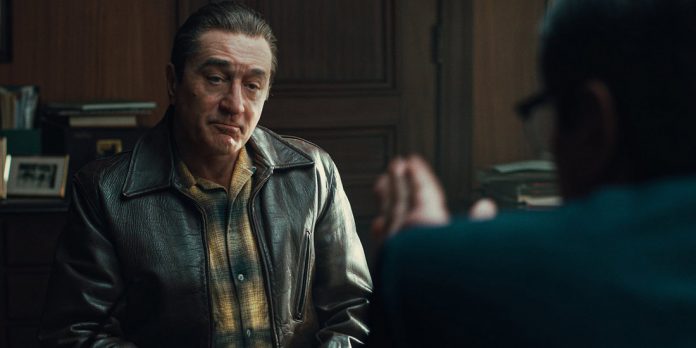 As the New York Film Festival is underway and Telluride and Toronto have come and gone, the 2019 Best Picture lineup is beginning to take shape. After nearly claiming victory last year with Roma, Netflix is back with a vengeance in the form of three top tier contenders. Noah Baumbach’s “Marriage Story,” Martin Scorsese’s “The Irishman” and Fernando Meirelles’ “The Two Popes,” make up a lineup that seems to have something for everyone, at least if you’re an Academy member. Between a brilliant publicity team and star power enough to make the old studio system jealous, the big prize this year could be Netflix’s for the taking.

But what about the contenders from other studios, the ones who actually distribute films in multiplexes around the world? How will they factor into the race? Let’s start with Quentin Tarantino’s “Once Upon a Time in Hollywood,” which rejuvenated the global box office this summer with nearly $350 million. Tarantino’s personal homage to the late 60’s Hollywood feels like the type of film that defines a filmmaker’s career. It pulls out all the stops but gets at something deeper and more human that some of his earlier work was missing. Branches both above and below the line are sure to respond to the craft on display. Even if this isn’t the winner at the end of the day, Sony has a formidable contender on its hands. Another studio entry that seems primed for success is Disney’s “Ford v Ferrari.” After blowing the roof off of Telluride and Toronto film festivals, the latest James Mangold picture will have to wait until mid-November before finding a general audience. However, initial reactions suggest that this is the type of crowdpleaser that will play through the holidays and coast along on the crafts and chemistry between Christian Bale and Matt Damon.

Star power can also be found in Tri Star’s upcoming Mister Rogers film “A Beautiful Day in the Neighborhood,” in which Tom Hanks plays the beloved television icon. Reviews out of Toronto suggest that this is yet another fall crowdpleaser with a performance sure to please everyone, and even win over a few cynics. The film is not playing at any other major fall festivals, so awards success will live or die based on received reception when the film opens in late November.

After winning the Palm d’Or at Cannes, Bong Joon-ho’s “Parasite” has only built up more hype through screenings at Telluride and Toronto festivals, not to mention Fantastic Fest. South Korea’s Oscar entry seems to be generating the type of buzz that is often enough to propel an international film into the Best Picture conversation. While many thought that Parasite was a clear contender for the Toronto Audience Award, the surprise recipient, in the end, was Taika Waititi’s anti-hate satire “Jojo Rabbit.” While reviews were not especially enthusiastic, general audiences seem to have responded enough for Fox Searchlight to bolster the film’s award profile. We’ll know more when the film opens in limited release in mid-October.

If “Jojo Rabbit” does indeed appear to be a formidable contender, it will have to compete with Terence Malick’s “A Hidden Life,” another Searchlight films set during the Holocaust. However, the two tones could not be more different, and Searchlight has already established itself as a shining example of how to balance multiple contenders.

The verdict is still out on upcoming releases such as Sam Mendes’ “1917,” Greta Gerwig’s “Little Woman,” Clint Eastwood’s “Richard Jewell” and Jay Roach’s “Bombshell.” All three are late breakers in an already condensed season. These films will have to make a strong first impression in order to break out so late in the season. However, that may not prove to be an issue given the pedigree of talent involved in each project. If any of the three do turn out to be disappointing, look to dark horse contenders “Waves,” “Joker” and “The Farewell” to inch up as we better understand the landscape of the 92nd Academy Awards.

What contenders are you most anticipating? What are your predictions? Check out our predictions here and leave us your thoughts in the comment section below or on our Twitter account.